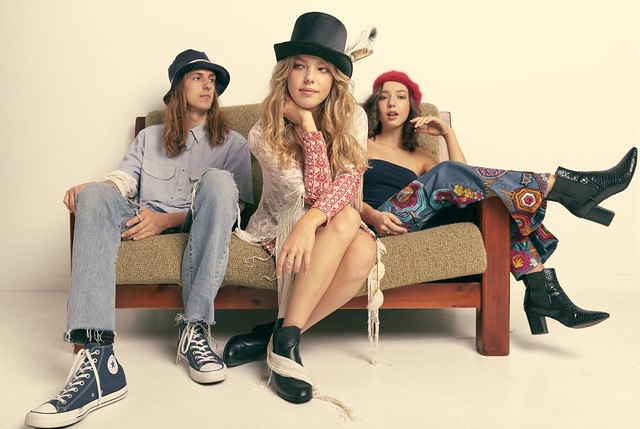 The Buckleys are three young siblings who didn’t realize they were entering a contest at a festival and ended up winning. And then they get signed to INXS’s label, Petrol Records. (They’re they only other band signed to the label besides INXS.)

The Buckleys publish a new album coming out later this year, and they dropped this single first. The track was written by Sarah Buckley, who wrote with multi-platinum songwriters Phil Barton (Lee Brice/A Woman Like You) and Dave Thomson (Lady Antebellum/747) during her tenure in Nashville recently.

Since signing with CM Murphy’s Petrol Records in 2019, the band released two singles in Australia. The first “Daydream” catapulted the trio into the limelight, scoring a No. 1 single at Australian country radio, followed by second single, “I’m Comin’ for Ya (Love),” which reached No. 3.

The success of the singles resulted in The Buckleys’ nomination for Qantas New Talent Of The Year award at the prestigious 2020 Country Music Awards Australian (Toyota Golden Guitar Awards) which recognize, celebrate and honor excellence and outstanding achievement in Australian country music.

For more of The Buckleys, visit the band’s website.