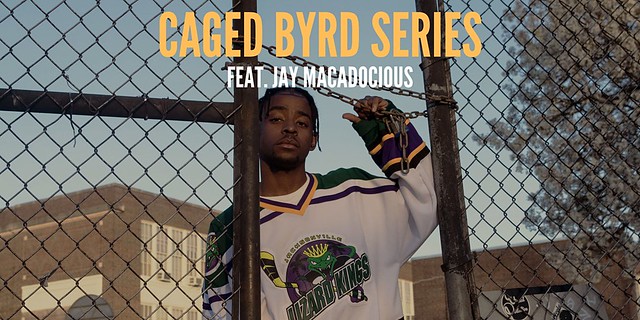 Jay Macadocious, who often goes by Jay Mac or Sazón, is not your typical young student of hip hop from the DMV region. Carrying a diversified sound range, mixing poetic-storytelling, new-era trap, and neo-soul, Jay delivers lyrics to study and a drive to entertain while “keeping it real.” Writing and performing raps and poetry since the age of seven, Mac honed in on his showmanship, displaying infectious and memorable stage performances.

His latest project, For the Long Run, the first edition to his Postcards series, was released in 2019. It is a10-track project displaying a coming of age story of a younger Mac taking on the world on his own in the midst of false promises, few opportunities, and social media.

Watch the official music video for “Pressed for Fame” by Jay Macadocious on YouTube: