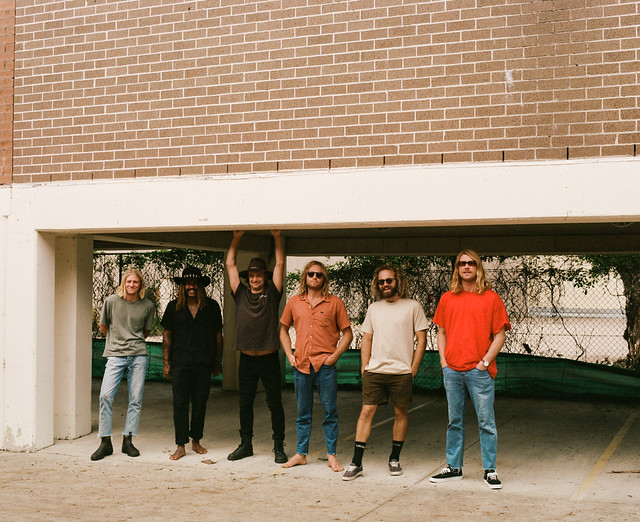 Ocean Alley (Photo by The Sauce)

The track comes from the band’s new album, Lonely Diamond (out June 19), and it encapsulates the seduction and suffering that comes from wrestling with the devil on one’s shoulder. Lonely Diamond as a whole draws from the nostalgia of music eras past, combining ’70s guitar rock, country, western, old school funk, and synth-heavy new wave to create a deeply contemplative and atmospheric odyssey — reminiscent of music legends including Fleetwood Mac, Dire Straits and Pink Floyd, but with touches of modern psych and prog rock such as King Gizzard & The Lizard Wizard and Post Animal.

Watch the official music video for “Hot Chicken” by Ocean Alley on YouTube:

Ocean Alley first made a name for themselves performing at house parties and dive bars on Sydney’s Northern Beaches. After almost 10 years since their formation, the band have achieved more than 250 million streams, sold out headline shows around the world, become a major festival mainstay (including sets at Reading and Leeds Festival, Splendour in the Grass, Sziget and BottleRock) and are continuing to reach new career highs — all on their own terms.

For more music by Ocean Alley, visit the band’s website.