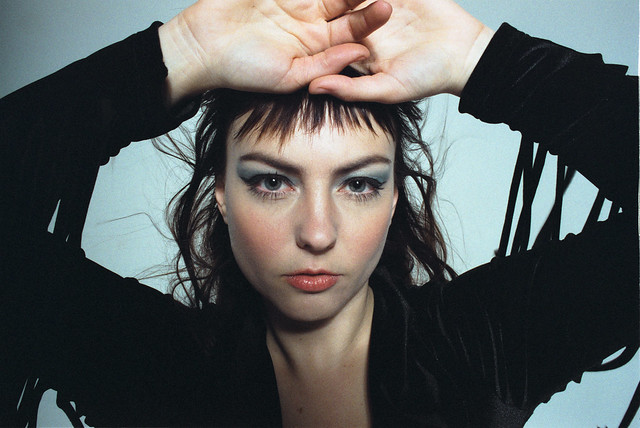 Angel Olsen releases Whole New Mess, a new album to be released on Aug. 28 via Jagjaguwar. A super intimate and vulnerable emotional portrait that shows her grappling with a period of personal tumult, Whole New Mess presents Angel working through her open wounds and raw nerves with just a few guitars and some microphones, isolated in a century-old church in the Pacific Northwest.

In conjunction with the announcement, Angel presents the lead single, “Whole New Mess,” with a video directed by longtime collaborator Ashley Connor. Additionally, she announces Cosmic Stream 3, the third in her livestream series, which will air on the album’s release date and stream from the Hazel Robinson Amphitheater in Asheville, North Carolina.

Whole New Mess follows All Mirrors, Olsen’s grand 2019 masterpiece (and a top 10 critically acclaimed record). At least nine of the eleven songs on Whole New Mess should sound familiar to anyone who has heard All Mirrors. “Lark,” “Summer,” “Chance” — they are all here, at least in some skeletal form and with slightly different titles. But these are not the demos for All Mirrors. Instead, Whole New Mess is its own record with its own immovable mood.

If the lavish orchestral arrangements and cinematic scope of All Mirrors are the sound of Olsen preparing her scars for the wider world to see, Whole New Mess is the sound of her first figuring out their shape, making sense for herself of these injuries.