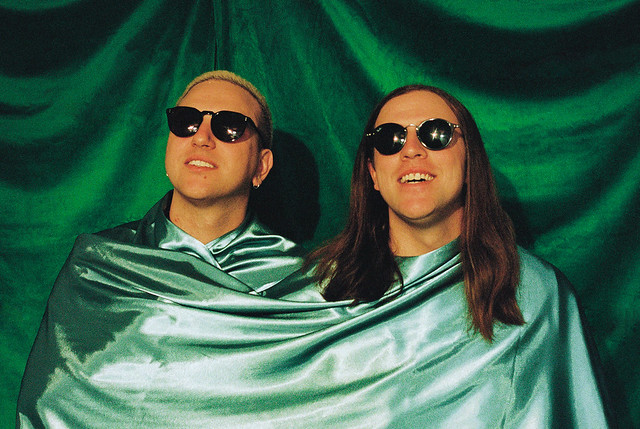 “I Believe” is propelled by driving guitars and an infectious melody that builds to a stadium-ready chant. American Songwriter called it “anthemic infectious electro-pop.”

After a road trip through the Southeastern US laid bare the glaring differences between his hometown of Washington, DC and its surrounding states, Foreign Air’s Jacob Michael “wanted to write a song that was universal, that could unify people with a simple message,” he says of “I Believe.”

Jesse Clasen and Jacob Michael — the masterminds behind Foreign Air — were ahead of the curve on the remote collaboration trend. The two musicians met several years ago while performing in different bands, and struck up a mutual admiration that evolved into a friendship. Soon after meeting, the duo began sharing ideas via Dropbox — those ideas later became their first songs as Foreign Air.

Classen and Michael channeled their inner children on Good Morning Stranger by experimenting freely with different sonic colors, which they compare to the experience of coloring with crayons as a kid. The duo used whatever was around them to craft their desired sonic palette — on “I Believe,” Clasen even uses an old suitcase as a kick drum.