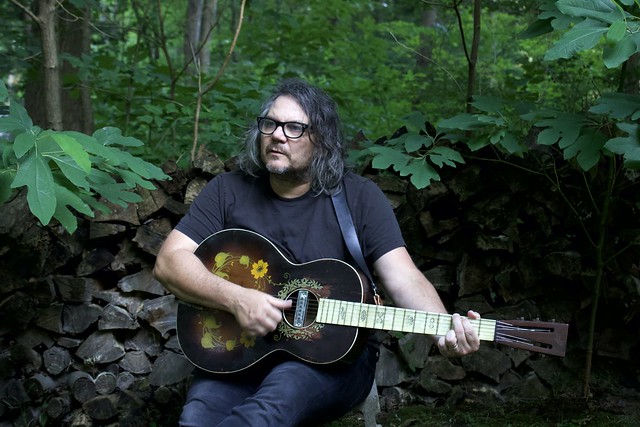 Wilco frontman Jeff Tweedy releases his new solo album, Love Is the King, on Oct. 23 via dBpm Records, with the physical release following on Jan. 15. Today, Jeff gives another taste of the record with new single/video “Gwendolyn.”

“Gwendolyn”’s lyrics are honeyed and filled with slant rhymes: “She holds my hand between her knees // It’s like a dream, I never know what it means // I only know I’m feeling alone // That’s right when I start missing home.” The song’s video, conceptualized by Tweedy and directed by Jamie Fleischel from Picture Show, features “appearances” by Jon Hamm, Elvis Costello, Tavi Gevinson, Seth Meyers, Nnamdi, Abbi Jacobson, Alex Winter, Norah Jones, Jeff Garlin, and more.

Watch the official music video for “Gwendolyn” by Jeff Tweedy on YouTube:

Love Is the King was recorded at The Loft in Chicago in April 2020 with sons Spencer and Sammy Tweedy. The initial impetus was to self-soothe as a family and shield in the comfort of creativity. However, on Love Is the King, Tweedy has balanced the books and penned a beautifully honest ode to love and hope. He has documented a time in history through the personal lens of shared human experience.