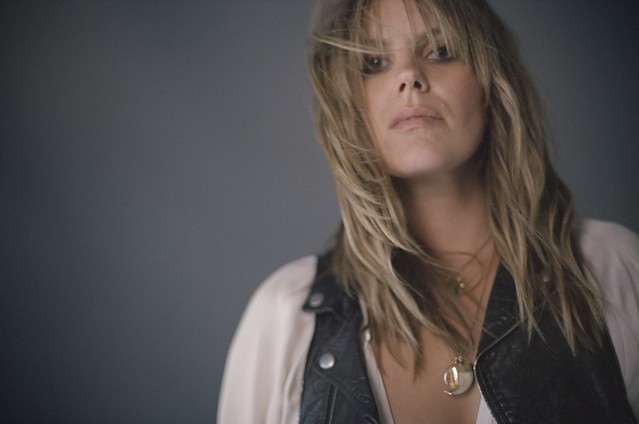 Last year, Grace Potter released her latest studio album, Daylight, and she toured the country earlier this year with a stop at The Anthem in DC. Soon after, COVID-19 shut the country down, and live touring stopped.

But Grace is among a number of pioneers bringing live performances back with drive-in shows where audiences experience a big concert from their car. Catch Grace Potter in Showtime at the Drive in locally at the Frederick Fairgrounds on Wednesday, Oct. 21, in a show presented by All Good Presents and Baltimore Soundstage.

Grace’s seventh full-length and first release for Fantasy Records, Daylight was created in close collaboration with producer/mixer/engineer Eric Valentine. In constructing the album’s wild collage of rock-and-roll, blues and soul, Grace tapped into her tightly honed musicianship while harnessing the untamed energy of her live performance for the very first time.

“I had kind of resigned myself to the fact that I was always going to be better live than in the studio — but Eric was determined to tap into that raw energy that I have onstage,” Grace said. “He chased down a few different approaches, ultimately creating a kind of live music venue setup in his studio, so I could feel the sound reflecting off the walls and interact with the band instead of just singing into a void.”

Partly recorded in Grace’s garage and living room, Daylight mostly came to life through a series of live-to-tape sessions at Valentine’s Hollywood studio, Barefoot Recording. Along with capturing the undeniable vocal power Potter’s previously shown in sharing the stage with The Rolling Stones, Robert Plant, and Neil Young, the album unfolds with an irresistibly vital sound birthed with the help of guests like Benmont Tench and Lucius.

“Having all these incredible musicians playing live in the room with me gave the recording an urgency — like, this matters right now,” Grace said.

Watch the official music video for “Back to Me” by Grace Potter featuring Lucius on YouTube: