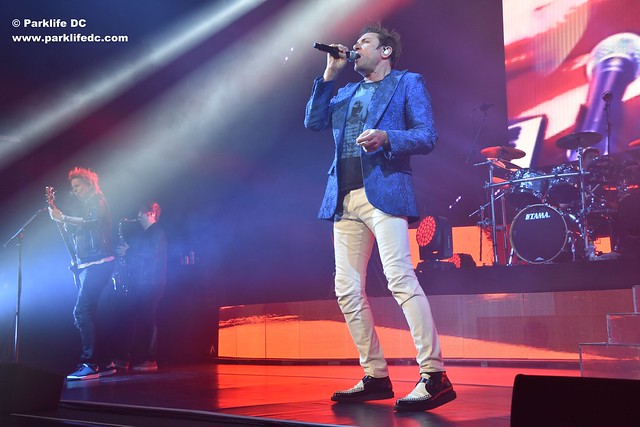 For your consideration, five Duran Duran videos showcasing the outstanding English frontman worthy of your attention.

The first Duran Duran album won crossover appeal among true British indie enthusiasts for its “Futurist” leanings. Although it wasn’t quite as sparse as other entries in that genre, the album had a similar sonic signature and saw the band wearing military-inspired fashions popular among the movement. “Friends of Mine” is still a sleeper classic today and performed by the band in recent times.

The third Duran Duran album was always “my” album growing up. It didn’t win the critical praise of the first or the global adulation of the second, but it was really smart and featured some of the most ambitious songs. “New Moon on Monday,” still a perennial Duran favorite, really captures the scope of their cinematic aspirations.

Interested in capturing the power of their live show, Duran Duran enlisted go-to ’80s video director Russell Mulcahy to film a performance of “The Reflex,” which became their first USA Hot 100 No. 1. Simon has *almost* as much energy today as he does here, zipping across the stage and projecting into the crowd in a way that was both stylish and immediate.

Duran Duran continued to impress with a seventh album smash that brought them back to the global pop charts in 1993 with Duran Duran (The Wedding Album), and “Ordinary World” became one of the band’s most instantly recognizable songs. For my money, it doesn’t get any better than “Come Undone,” Simon’s love song to his model wife Yasmin.

When Duran Duran reunited its full original lineup for the band’s eleventh album in 2004, it got a lot of things right. They fully recaptured the power of Duran Duran to excite listeners with songs like “(Reach Up for the) Sunrise” after a few years traipsing around experimental electronic landscapes. The chorus is truly thrilling. Let yourself go, and you’ll be “reaching up” in time with the song.

Bonus: “The Promise” by Arcadia

Simon LeBon and Nick Rhodes released a side project album as Arcadia in 1985, and the video for “The Promise” is simply them performing in front of a film project and yet it is so damn compelling.