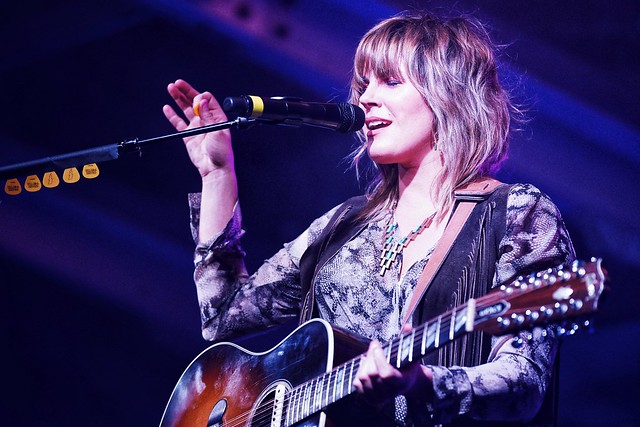 While performing musicians painfully prepare for what could be a long winter with limited options for reaching their fans in the flesh, some have made the trip to Maryland as of late to take advantage of the opportunity provided by the newly dubbed Showtime at the Drive In series of concerts being held at the Frederick County Fairgrounds.

Last week, Grace Potter made the trip down from her current home in the mountains of Vermont to take the stage for a solo performance organized by All Good Presents and Baltimore Soundstage.

Following an outstanding opening by Baltimore native Cris Jacobs on Oct. 21, Grace delivered an uplifting and colorful set of music that showcased her maturation into a not just an original and energetic entertainer, but a skilled musician and a world class singer who wears her heart on her sleeve and clearly loves to lift her fans up through song — “medicine,” she called it.

After an early-set Wurlitzer glitch, Grace settled in and took the audience through a powerful selection of her own songs and tunes written with her longtime band, Grace Potter and The Nocturnals.

With a range of textures — the unabashed sexiness of “Paris (Ooh La La),”  the rolling waves of “Love is Love,” the bluesy confines of “2:22” —she engaged a Wednesday night audience that—judging by the reaction to each song’s first notes — included many enthusiastic Grace devotees.

Watch a lyric video for “Eachother” by Grace Potter on YouTube:

Switching between the electronic piano, her own signature Gibson Flying V (“Flying Grace”) electric guitar and an acoustic guitar, she used the gaps between songs to encourage those in attendance to follow their own hearts to happiness. “Move in the direction you know you need to go,” she said.

The long set ended with Grace’s newest single, “Eachother,” a song she recorded with Marcus King of The Marcus King Band and Lucius, and Jackson Browne, who performed with Grace in 2018 at her annual Grand Point North festival on Lake Champlain. Capping the night was a gorgeous single-song encore—the Grace Potter and the Nocturnals classic, “Stars,” from the 2012 The Lion The Beast The Beat.

Here are photos of Grace Potter performing at Showtime at the Drive-In in Frederick, Maryland, on Oct. 21, 2020. All photos copyright and courtesy of Casey Vock. 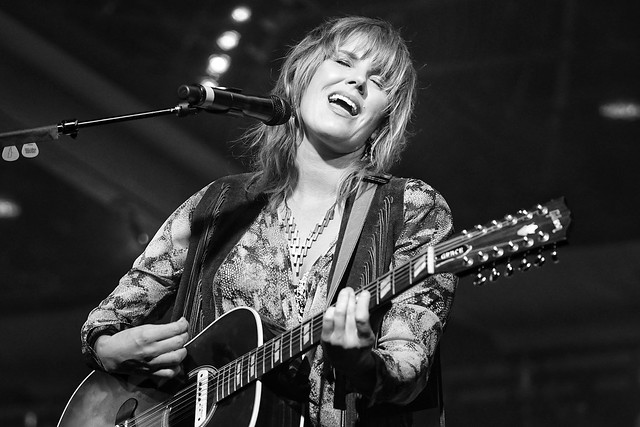 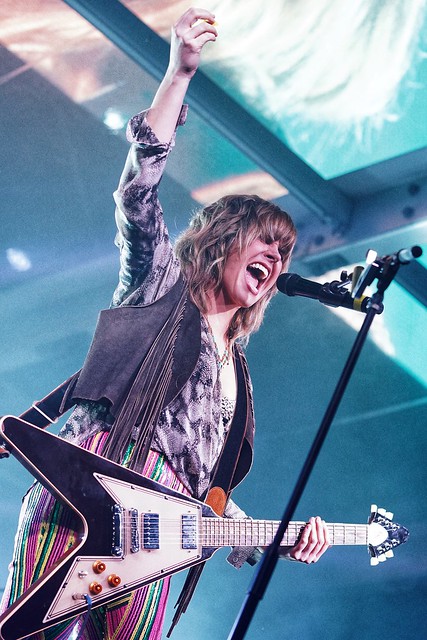 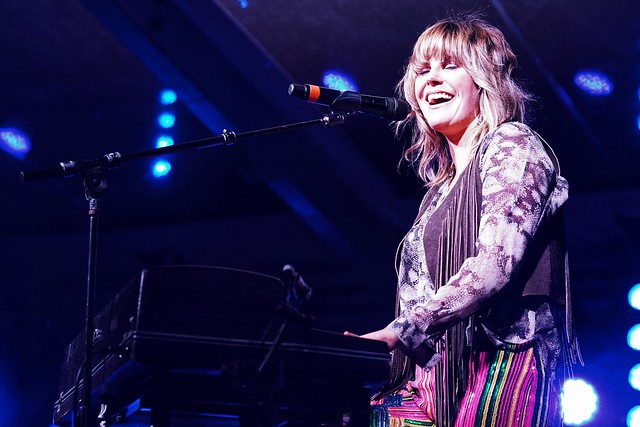 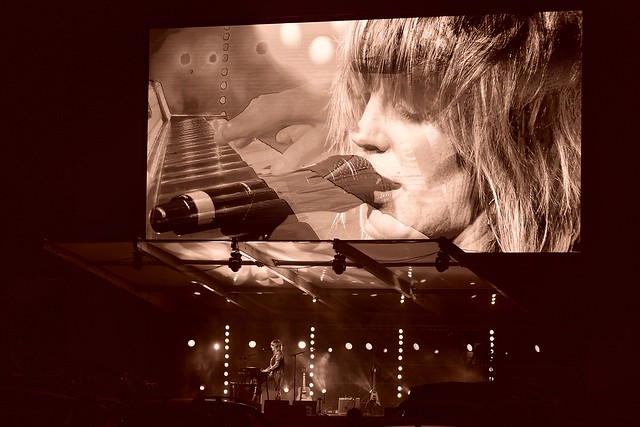 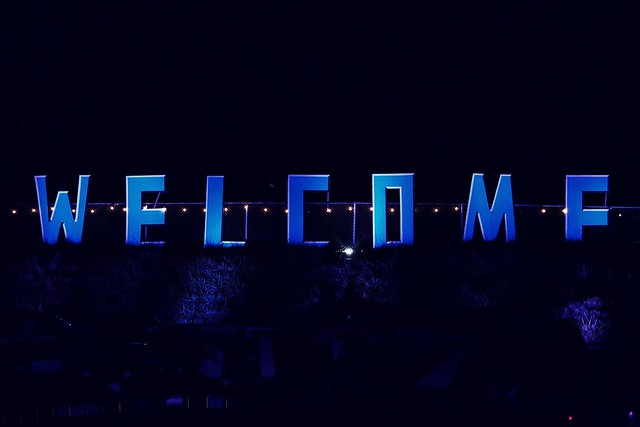 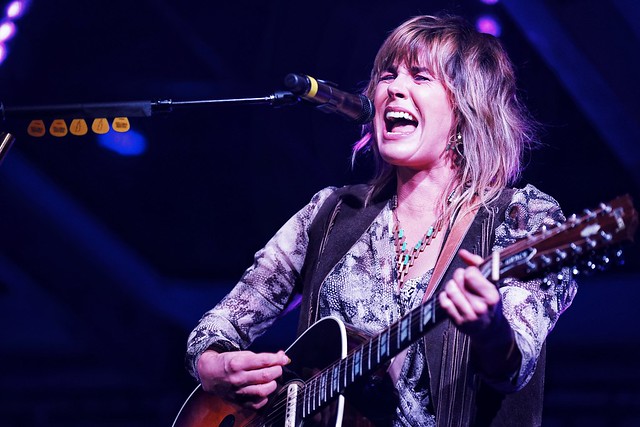 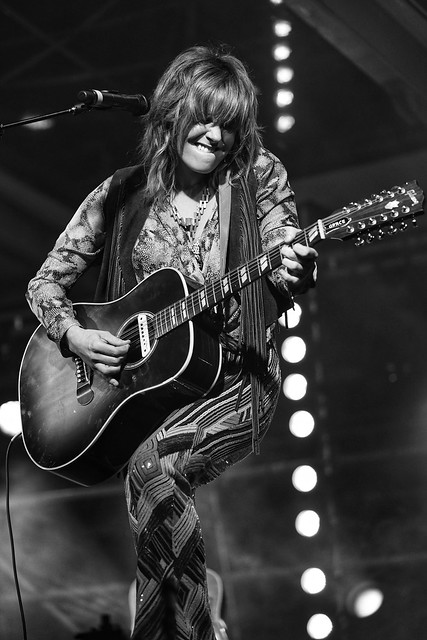 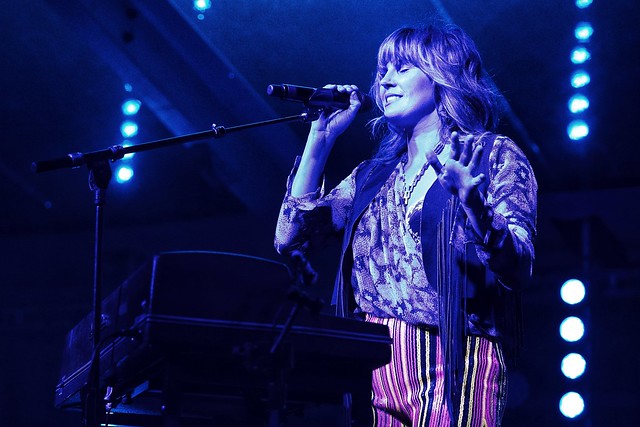 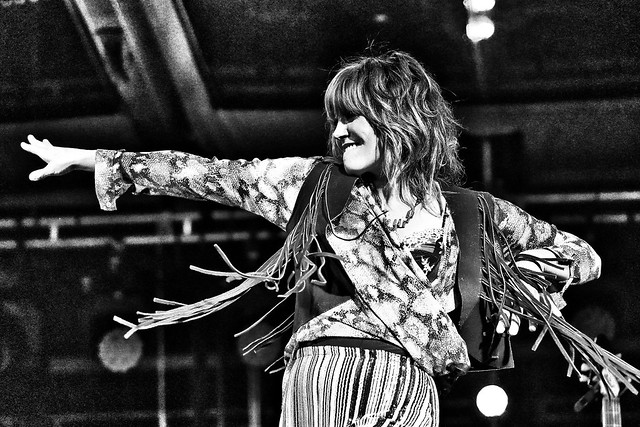 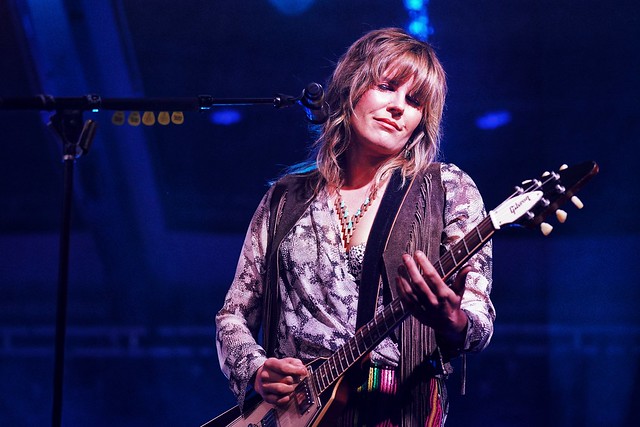 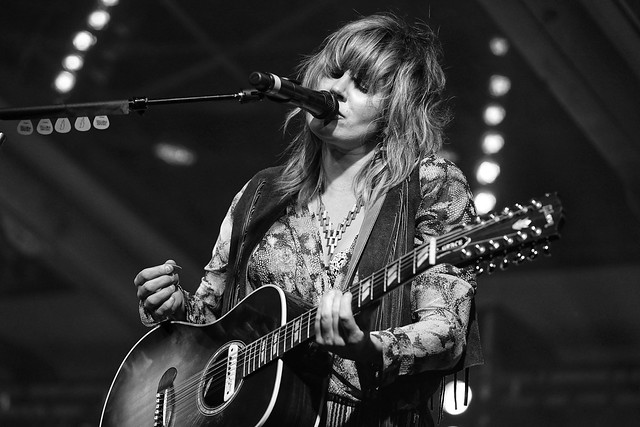 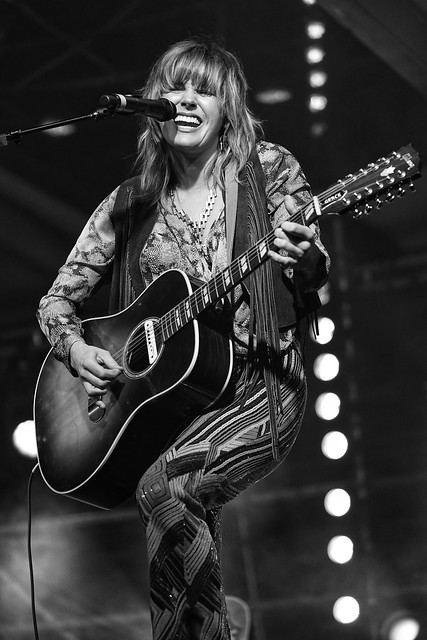 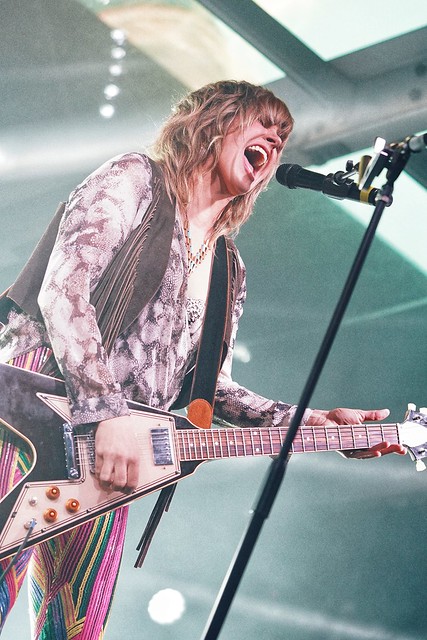 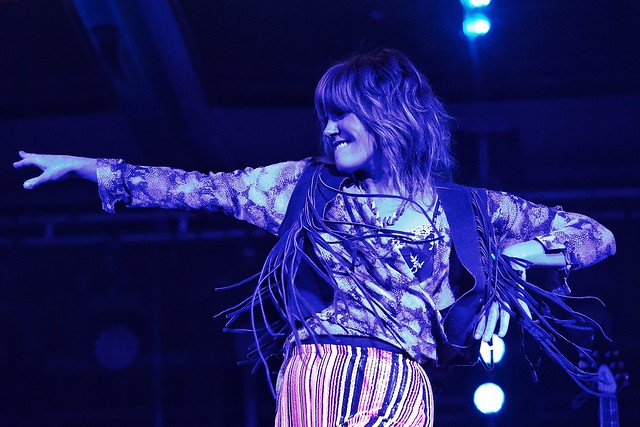 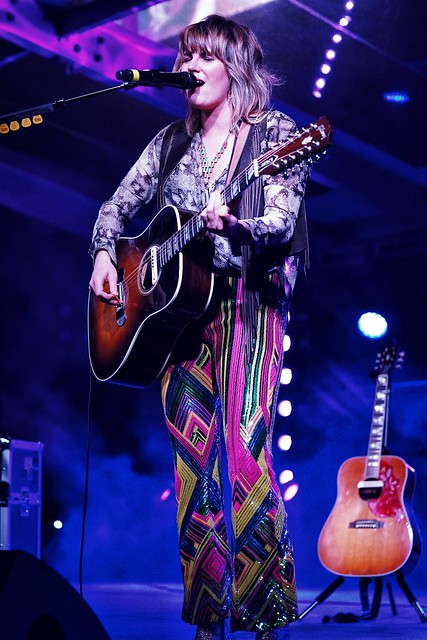 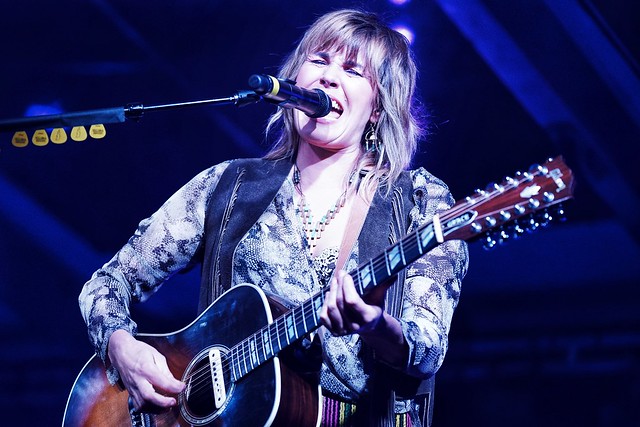 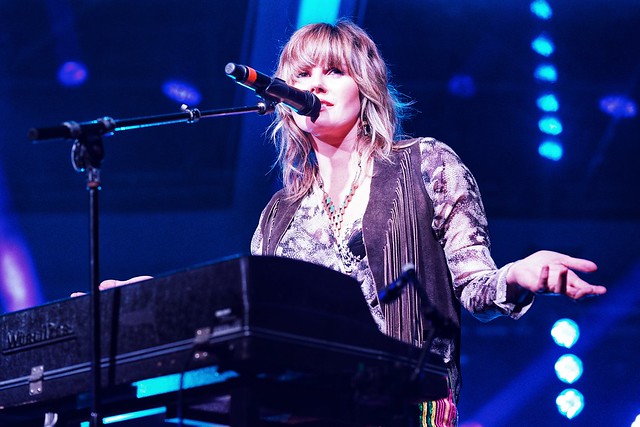 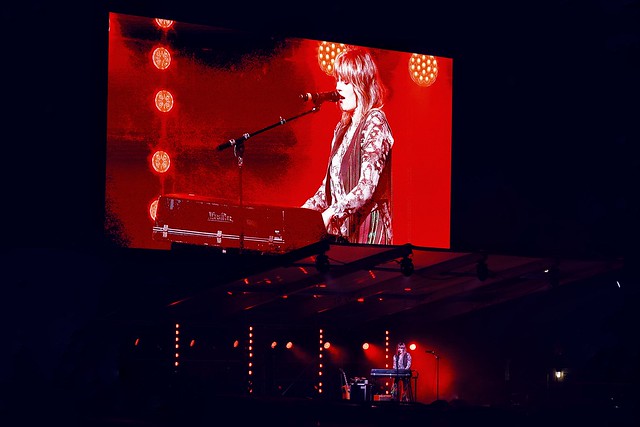 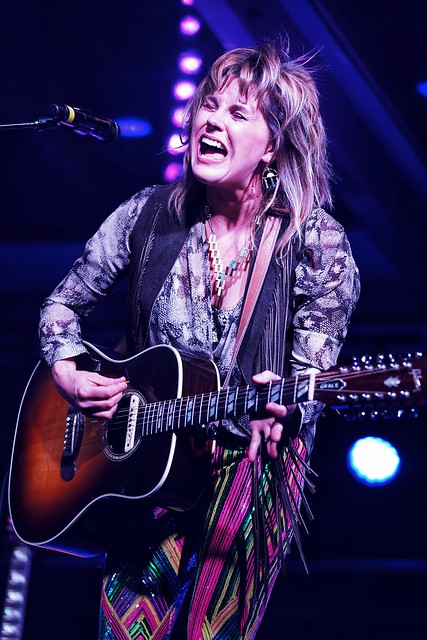 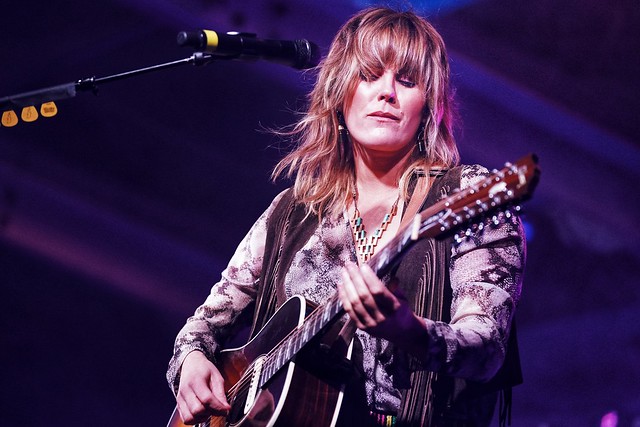 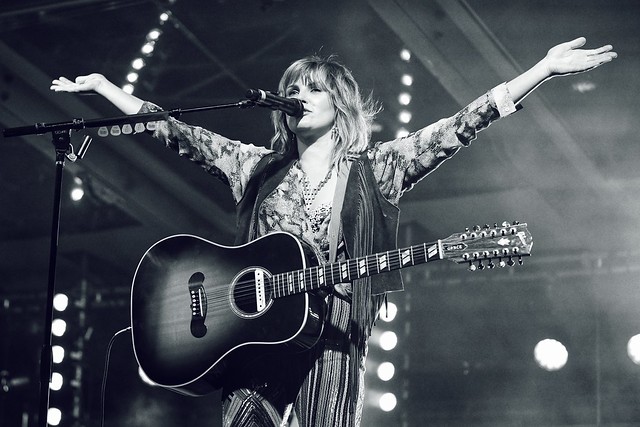 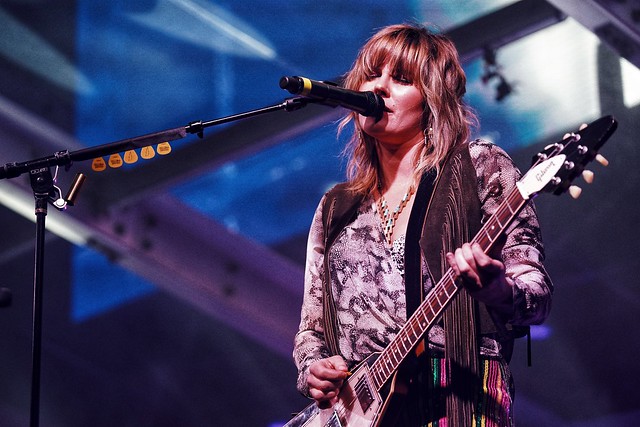 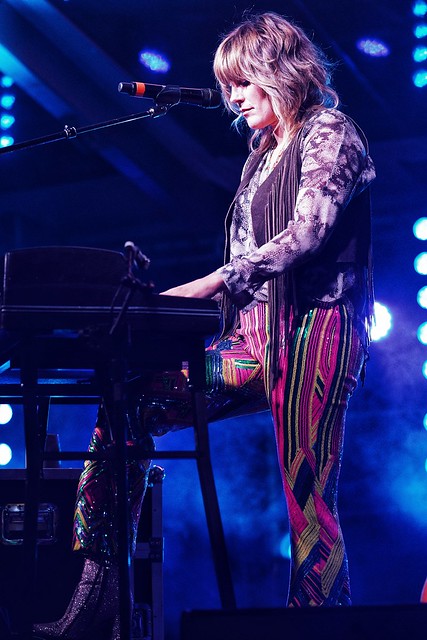 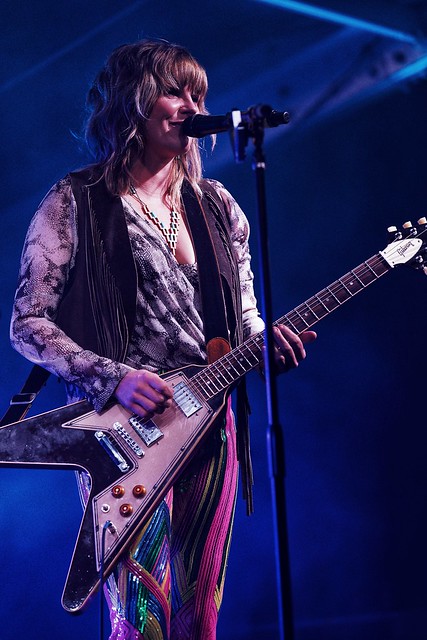 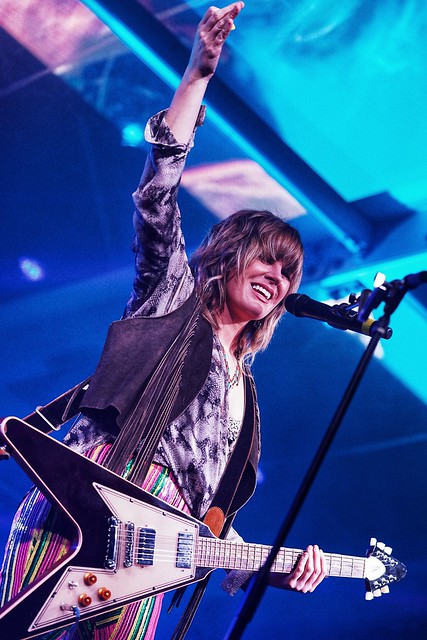