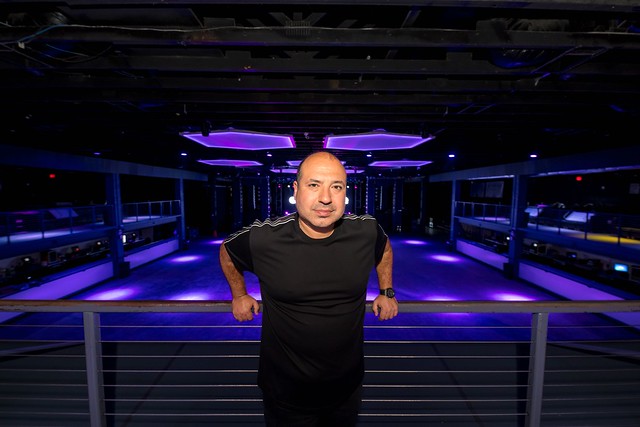 “Glow has been a champion of dance music culture for over 20 years, and Pete and his team have been instrumental in helping grow and shape the entire East Coast scene,” said Insomniac Founder and CEO Pasquale Rotella. “I couldn’t be happier to align our teams and continue raising the bar for live dance music experiences.”

Established in 1999, Club Glow has produced more than 150 events per year at Echostage and Soundcheck, as well as festivals Moonrise and Preakness InfieldFest, drawing fans from up and down the Eastern Seaboard. Glow has been at the forefront in bringing the biggest names in electronic music to East Coast audiences, including Martin Garrix, Skrillex, Tiesto, The Chainsmokers, Zedd, and countless others. Club Glow also places heavy emphasis on growing the future stars of dance music in the market by curating unique lineups with up-and-coming acts.

Mimicking the acoustics of a recording studio but in a nightclub setting, Soundcheck opened its doors in 2015. The venue is the perfect complement to Echostage, serving as an intimate venue to develop artists.

“We are thrilled to be joining the Insomniac family,” said Glow President & CEO Pete Kalamoutsos, who will remain at the helm following the acquisition. “After two decades of producing some of the biggest dance music events on the East Coast, it’s time to write a new chapter. Pasquale and I were cut from the same cloth, and our visions align when it comes to dance music. I couldn’t imagine a better opportunity to continue to grow Glow, Echostage and Soundcheck than with the team at Insomniac.”

In the wake of the news, the club has also announced a few key staffing changes. Longtime Glow talent buyer Heather Church has been named Vice President of Talent & Marketing, while Echostage’s Matthew Cronin has been promoted to Vice President of Venues & Sponsorship.