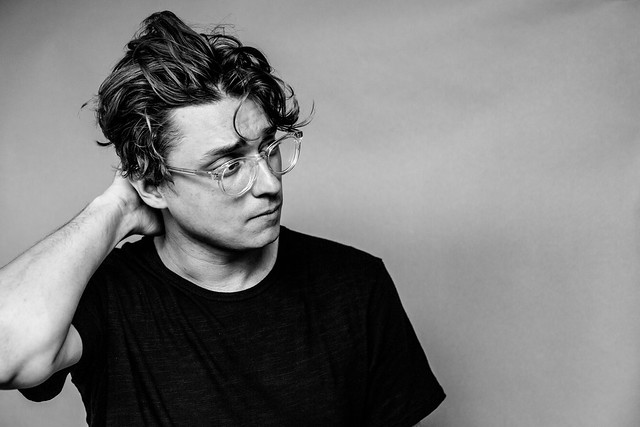 A Change in Diet represents a shift, a dividing line separating nearly everything Elliot once knew from his future. The album captures a period of upheaval that altered Moss’ habits, relationships, and even his songwriting. Across the 11 songs, he methodically details the nature of change and the ways it can be liberating, discomforting, and often essential.

“A change in diet is one of the first things that any self-help resource or therapist will recommend to you,” Elliot said. “The title is almost a joke because it feels like a crazy oversimplification of your problem. But at the same time it’s not wrong. It’s rarely one singular change that needs to be made, it is many incremental changes. And everything contributes.”

Based in New York City, Elliot first caught the attention of NPR Music, The New Yorker, The FADER, Billboard, SPIN, Noisey, and more with his 2015 debut LP Highspeeds and 2017 EP Boomerang. The path to A Change in Diet led his art into compellingly vulnerable new territory. Following the end of a decade-long romantic relationship and a long struggle with depression, he turned to songwriting to find catharsis and pushed himself past old comfort zones.

This approach led to a more raw and uninhibited sound than his previous work, each song awash with vivid imagery and self-reflection. He uses the motif of “bending a body into shapes” as a conceptual launching pad throughout the album, examining our willingness to make concessions in order to fit in or maintain certain status quos within our lives — even if it’s damaging in the long run.

LPR.TV brings the best of Le Poisson Rouge, the Greenwich Village underground music haven, to your home. LPR has created a virtual venue like no other and for $19.99 a month, the website shows you all the music you never knew you were missing.