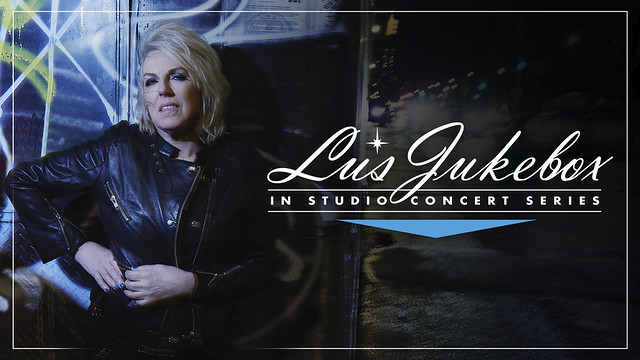 Join award-winning, revered singer/songwriter Lucinda Williams on an unprecedented musical journey spanning time and multiple genres with her latest endeavor, Lu’s Jukebox! This six-episode series of mostly full-band, in-studio performances will feature a themed set of songs, curated by the multi-Grammy award winner. As a bonus, she’ll introduce an occasional Lu-rarity or new song that fits each episode’s theme.

Catch the next edition of the streaming concert series, Funny How Time Slips Away: A Night of ’60s Country Classics, via Mandolin on Thursday, Dec. 3.

From Nashville to Bakersfield and every high and lonesome corner of the country in between, Lucinda refreshes classic country favorites like “Night Life,” “Fist City,” and more!

Born in the wake of the COVID-19 crisis, this collection of songs and stories will also benefit the struggling independent music venues that have helped to foster her decades-long career. A percentage of each ticket will go directly to the venue through which it was purchased — in our case, The Birchmere, located in Alexandria, Virginia.

Lu has poured her heart and soul into each of these episodes. From hand-selecting the songs to giving it her all in the studio, this series has been a journey you won’t want to miss.

Watch a mini-set by Lucinda Williams for an NPR Tiny Desk Concert in 2014 on YouTube:

“We’ve actually wanted to do a cover series for a long time now, but never had the time with my touring schedule,” Lucinda said. “I guess the silver lining in all of this has been to be able to really get inside the songs of some of my favorite artists — see what makes them tick. My hope for this project is that we’ll be able to help as many venues as we can. They’re our homes, as artists. We have to take care of them, for the sake of live music to come.”

Tracked live by Grammy award-winning producer, Ray Kennedy, and captured in HD video by Neighborhoods Apart Productions (John Prine, Jason Isbell) your ticket ensures the highest quality content available and one hell of a rock and roll show, all from the comfort of your own home.