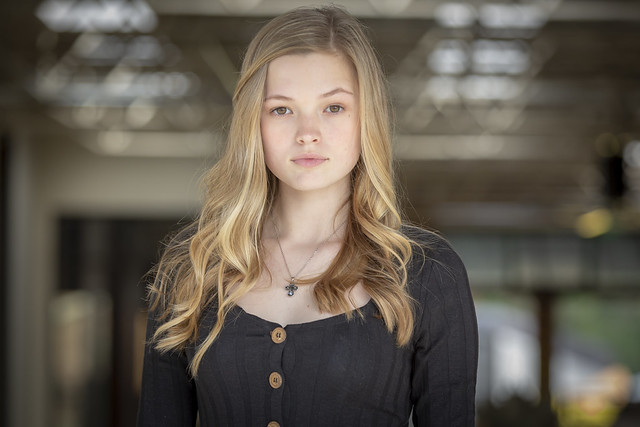 Back in October, Atlanta singer-songwriter Leah Belle Faser impressed with her debut EP, Crossing Hermi’s Bridge. She now returns with “I Wonder What You Got for Me,” a charming country pop slice of Christmas wrapped neatly for your listening pleasure.

Few individuals are certain of their path in life at Leah’s age, much less already achieved a masterful grasp on it. However, Faser is one of those rare types — not only committed to her artistry (she wrote all seven songs on the debut EP), but also sharing an assurance and agility translated through her music that belies her years. The EP shows off her rootsy pop-country sensibilities and bell-clear vocals.

Watch the official music video for “I Wonder What You Got for Me” by Leah Belle Faser on YouTube:

Since turning 16 only in September, singer/songwriter Leah has had industry recognition that eludes even the most seasoned artists in country music. Following the premieres of her debut single “Better than Mine” in American Songwriter Magazine and second single “Back Home” on Americana Highways, the video for “Better than Mine” debuted on The Country Note. This was followed by features on AXS TV and currently as one of six featured videos on powerhouse TV station CMT.com.