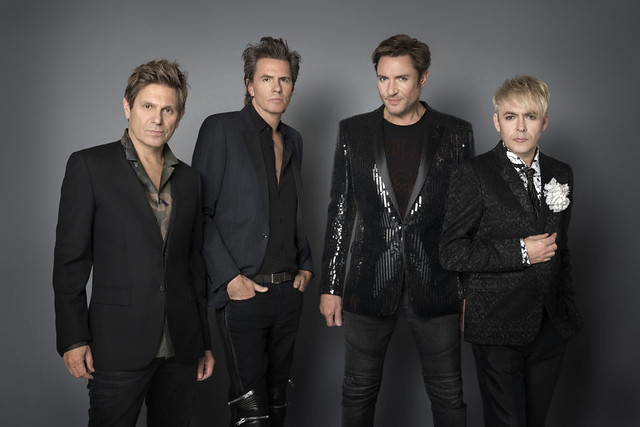 New wave legends Duran Duran long have embraced their David Bowie influences. And the quartet also have covered Bowie’s songs, first grabbing attention with their fantastic cover of “Fame,” which they introduced on their first-ever US tour (which included a date at The Bayou here in DC back in 1981).

Today, in celebration of what would have been Bowie’s 74th birthday, Duran Duran release a cover of his epic “Five Years” from The Rise and Fall of Ziggy Stardust and the Spiders from Mars.

Duran Duran frontman Simon LeBon said, “My life as a teenager was all about David Bowie. He is the reason why I started writing songs. Part of me still can’t believe in his death five years ago, but maybe that’s because there’s a part of me where he’s still alive and always will be. When we got the Ziggy Stardust LP and put the needle in the groove, our first taste of its perfection was the song ‘Five Years.’ I can’t begin to explain how honored I feel for Duran Duran to be given the opportunity to perform this icon, and to place our name alongside Bowie’s for this commemoration of his music.”

Said Mike Garson, “A Bowie Celebration is proud to announce they will donate $2 per ticket purchase to the Save the Children organization, a charity that was deeply important to Bowie. In 1997, the organization was the beneficiary of funds raised from Bowie’s sold-out 50th Birthday Concert held in Madison Square Garden and featuring many of the artists who are coming together for this event to honor a man who was their band member, friend, and inspiration.”

Buy your tickets for A Bowie Celebration online.

Duran Duran will celebrate their 40th anniversary with a brief tour overseas, kicking off on June 13 in Dublin, Ireland. They’ll spend the summer making stops along the UK, wrapping up in Ibiza, Spain, on Oct. 8. More information can be found on the band’s website.