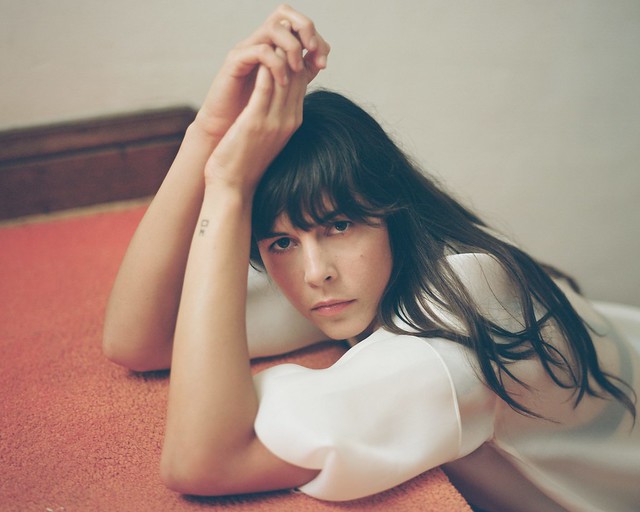 Nashville-based Madi Diaz marks a full restart of her artistic career with “Man in Me,” her poignant debut single/video for ANTI-.

Said Madi: “‘Man in Me’ was the first song I sat down to record for myself in about six years, which is the reason I thought it was so important to release first. It’s a very intimately visceral moment, a sort of play-by-play inner monologue, taking my first steps through a really hard time.”

The accompanying video, directed by Stephen Kinigopoulos, “emphasizes the intensity of a moment held and held and held. For me, this video is like holding a stare for so long that it hurts. It’s like knowing you should let go, but you keep holding on cause you can’t say ‘when,’ and playing with that tension lying right beneath the surface. You know something’s up, but you just can’t put your finger on it.”

Watch the official music video for “Man in Me” by Madi Diaz on YouTube:

It’s a first taste of how Madi has worked at perfecting the craft of delivering a full spectrum of emotions via songs stripped to their most confrontational and raw form. This song was produced by Diaz with additional production by Andrew Sarlo (Big Thief, Bon Iver). Across reverberating guitar strums and light piano, Madi’s voice is evocative as she makes frank observations about a past relationship: “Do you imagine me differently // Cause when I met you swore that you saw me // When you think I might be someone else // Does it turn you on.”

As the track continues, Madi’s vocals swell exponentially, only to be drawn back to a fading note.