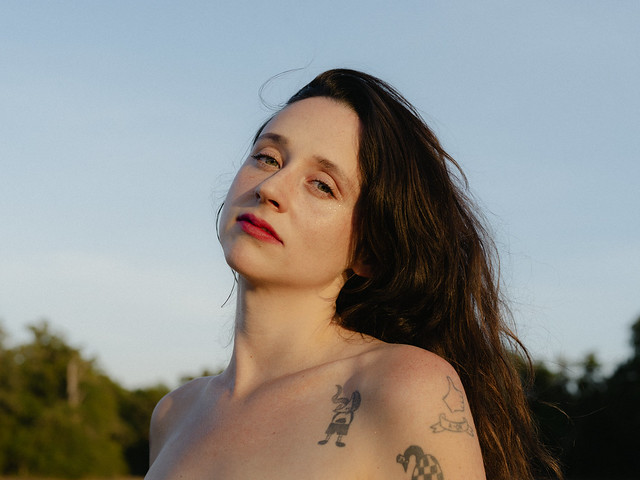 Waxahatchee (aka Katie Crutchfield) has had a busy week, not only making her late night debut on Jimmy Kimmel Live! but also performing alongside Kevin Morby on CBS This Morning. Performing “Fire” and “Lilacs” from last year’s critically acclaimed Saint Cloud, Waxahatchee again proves why she is one of the most important voices in music right now.

Written immediately in the period following Katie’s decision to get sober, Saint Cloud is an unflinching self-examination. From a moment of reckoning in Barcelona to a tourist trap in Tennessee to a painful confrontation on Arkadelphia Road, from a nostalgic jaunt down 7th Street in New York City to the Mississippi Gulf, Crutchfield creates a sense of place for her soul-baring tales, a longtime staple of her storytelling. This raw, exposed narrative terrain is aided by a shift in sonic arrangements as well.

“The songwriting remains impeccable. Within 10 seconds, you know—without a doubt—it’s a Waxahatchee album. Yet it’s different from anything she’s ever released before. Saint Cloud is Crutchfield’s country/Americana record. It runs on twang, jangle, truth and wide-open spaces…Saint Cloud is a whole new world,” said Paste magazine.