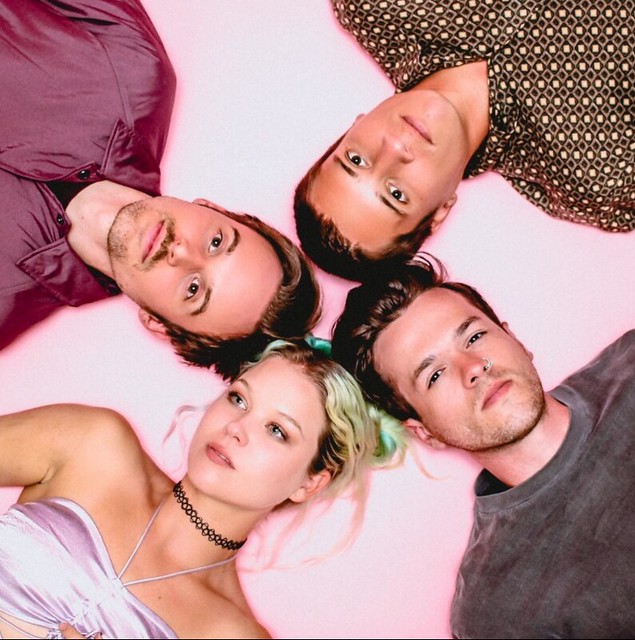 After a successful catfishing on a musician networking website, Sarah McTaggart began to collaborate with producer and bassist Mike Panek across the world, and over the internet writing the beginnings of what would eventually become Transviolet.

Sarah said of the new song, “Drugs in California is a song about a toxic relationship. Specifically, it’s about a toxic relationship between fame and adoration. I’d always felt sort of ambivalent to fame. it always just seemed like an inconvenient side effect to making music that I might have to endure one day if things went really well. I felt like I could prepare myself for it. I’ve had small tastes of fame now, but it’s nothing like I anticipated.”

She added, “It’s weird because I wouldn’t think of myself as famous, but the truth is, to some people, I am famous. I won’t lie to you, it feels amazing to have people connect with my work so deeply — to feel so seen, understood, and appreciated — to be adored. However, that feeling can be really addictive, even destructive. it’s made me question myself — who I am, my intentions, my integrity; at times it’s made me feel isolated and disconnected from people. it’s fucked with my head more than anything else I’ve ever experienced. should I want this? should I not want this? I still don’t know.”

Flashback to the band’s origins: Sarah made the move from the Cayman Islands to Toronto, landing eventually in San Diego where she met Mike met for the first time and sparks flew, or at the very least no one was serial killed. Jon Garcia was brought in on drums, and later Judah McCarthy on guitar and keys after moving to Los Angeles and signing their first publishing deal.

For two years the band locked themselves in studios across the purgatory that is the San Fernando Valley (which would later be the title of their 2018 release), writing song after song, until piquing the interest of LA Reid and their first major-label partner EPIC Records.