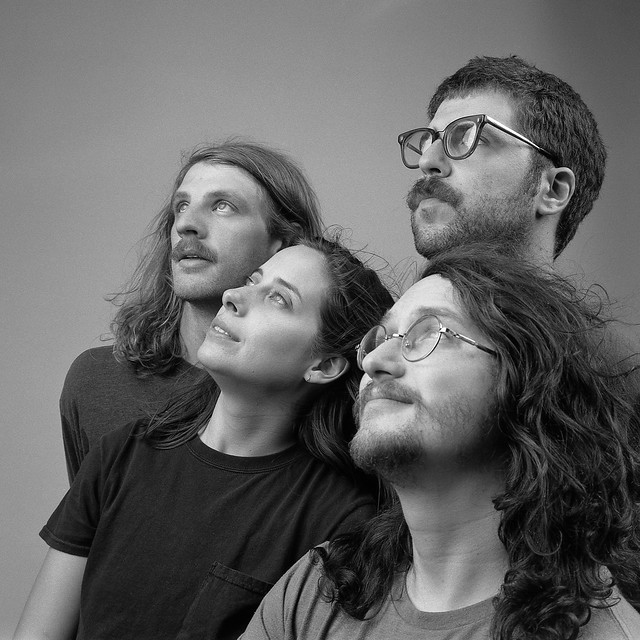 Chicago-based Floatie recently announced Voyage Out, their debut album and first release for Exploding in Sound out March 26.

Throughout Voyage Out, Floatie tackle questions of personal choice and acceptance over an ever shifting landscape of knotted progressions and dreamy technicality. “Shiny” for instance is “about finding the drive to make choices that will give you self-assurance and help you to feel worthy of others’ companionship. It is about forcing your own luck by committing to your decisions.”

Sam Bern (they/them), Luc Schutz (he/him), Joe Olson (he/him), and Will Wisniewski (he/him) have been playing shows and making music together for nearly a decade, but it wasn’t until 2018 that Floatie came to light. It’s a collaborative effort of dear friends that is both exceptionally tight and radiantly enjoyable. They take a visionary approach toward creating music that can feel both tangled and hypnotic, challenging and comforting, all at the same time.

Each member’s contributions fuse together to create a sound that relies as much on austere construction as it does on finding joy in their time spent together. Voyage Out never fails to share those human feelings, even if often done from a more alien perspective.