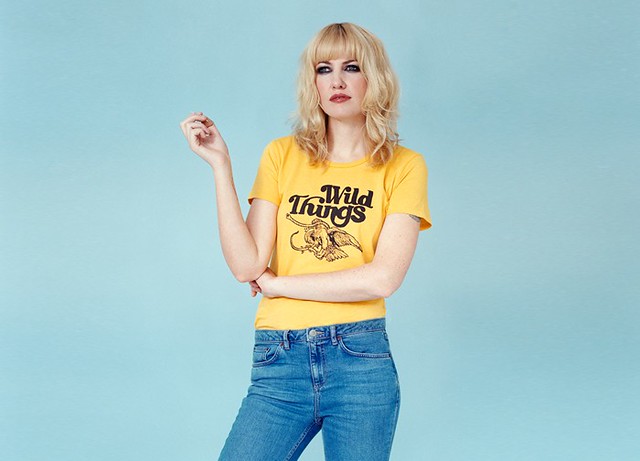 Ladyhawke (born ‘Pip’ Brown) returns with the new single and video for “Guilty Love” featuring BROODS, the first track from her anticipated new album due for release later this year.

The song arrives with a powerful video that tells a queer love story. It follows two young women who develop feelings for each other while attending a catholic all-girls school. They rebel against the antiquated religious teachings about sexuality and ultimately reinforce that love will always conquer hate.

Pip said, “‘Guilty Love’ came about after some writing sessions with Tommy English in Los Angeles. Georgia Nott from BROODS came along to one of our sessions, and after we were talking a while, we realised we had all grown up Catholic. We shared stories and experiences; Georgia then suggested we write a song about shame”.

“‘Guilty Love’ is important to Georgia and me for different reasons. Personally, growing up in the Catholic school system, as I reached my teens, I started to feel immense shame and denial about my sexuality. I suffered the constant fear of being judged and alienated by my friends and family. These feelings took a long time to shake off and work through. ‘Guilty Love’ is a way to share our experiences, and hopefully help anyone going through the same thing to know they’re not alone”, Pip said.

Georgia said, “’Guilty Love’ came from the classic “in-studio heart to heart”. We talked about growing up religiously and how we carried a lot of shame around the idea of what a woman (or person) should be. This song is about that but also about finding our own way back to a sense of spirituality through love. The love that once caused so much guilt, ended up being the most healing and spiritual. END CONVERSION THERAPY EVERYWHERE!”