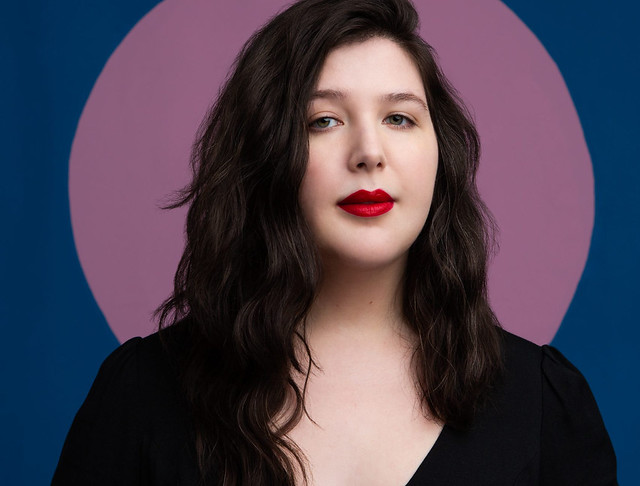 “I thought I was writing ‘Hot & Heavy’ about an old friend, but I realized along the way that it was just about me outgrowing past versions of myself,” Lucy said. “So much of life is submitting to change and saying goodbye even if you don’t want to. Now whenever I go to places that used to be significant to me, it feels like trespassing the past. I know that the teen version of me wouldn’t approve of me now, and that’s embarrassing and a little bit heartbreaking, even if I know intellectually that I like my life and who I am.”

The accompanying, self-directed video was shot in the historic Byrd Theatre in Richmond, where Lucy often saw movies during her adolescent years.

“I knew I wanted to include some of the home video footage that my dad took of me while I was growing up,” she said. “I wanted to visualize the moment when you first reflect on your childhood, which I think can also be the moment that childhood is over. For me, I feel like there was a hard switch when I started releasing music, when my identity went from being a personal project to something publicly observed and reflected. I asked my family (shoutout to my grandma) and some of my closest friends to be extras because they’re the people that knew me before that switch. I may have dropped out of film school, but I still love making movies and had a really fun time directing this one.”

Watch the official music video for “Hot & Heavy” by Lucy Dacus on YouTube:

The follow-up to 2018’s Historian and her 2016 debut No Burden, Home Video was built on Lucy’s interrogation of her coming-of-age years in Richmond, Virginia. Many of the songs start the way a memoir might, and all of them have the compassion, humor, and honesty of the best autobiographical writing. These songs capture that specific moment in time growing up where emotions and relationships start becoming more complex. They capture the joys, the excitement, the confusion, and even the heartbreak of going through the process of discovering who you are and where people fit in your life and where you fit in theirs.

Most importantly and mysteriously, this album displays Lucy’s ability to use the personal as portal into the universal.