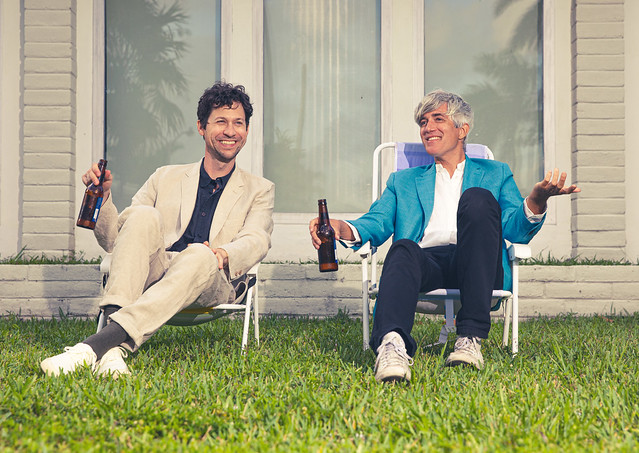 Beloved indie heroes We Are Scientists return with news of their first album in three years, with a blistering new single “Contact High.”

The intoxicating, high-octane hit is set to soundtrack a surge of pent-up revelry and romance throughout the summer of 2021, as it ushers in a bold new chapter for the band. Lifted from the new album HUFFY – also announced today for release on Oct. 8 — the band have revealed the secret ingredients of the lead single’s winning formula…

“Love songs can easily be goofy and embarrassing, and so I sometimes have a hard time writing songs that are unambiguously romantic”, said singer and guitarist Keith Murray, before adding that, “‘Contact High’ really nails that heady rush of full-throttle infatuation for me, though, because it evokes my trifecta of mood-altering stimuli — dizzying romantic interaction, rousing music, and second-hand contact with psychoactive chemicals (in descending order of personal preference).”

Drawing as much from the angular guitar-driven sounds of their debut as it does from the finest in modern rock today, “Contact High” is raising the bar for the decade ahead. Celebrating the song’s potent delivery and unashamed lyrical sentiment, Keith said, “It’s just nice to have a song that’s unapologetically sappy, but couched in distorted guitar and metaphors of coincidental intoxication.”

With this single the New Yorkers finally announce the new record, Huffy, which follows 2018’s Megaplex and the enormously successful “50th anniversary” reissue of With Love And Squalor.

Visit We Are Scientists online for more music!