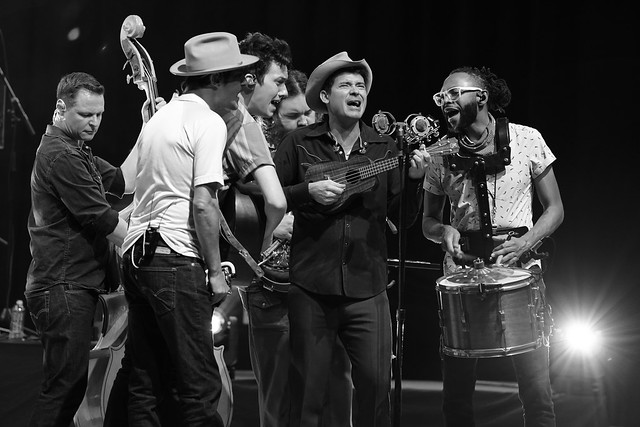 Old Crow Medicine Show performs at the Maryland Hall for the Creative Arts on Sept. 25, 2021. (Photo by Casey Vock)

Every once in a while, a community — heck, maybe even an entire town or city — needs a reminder to loosen up, that life is too short to avoid good times, and that sometimes simply making the effort to have fun can actually be a reward itself.

Whether it knew it or not, the City of Annapolis has been in need of a dose of laughs, song, and dance, and that is what it was gifted this past weekend in the form of a phenomenally entertaining performance put on by Old Crow Medicine Show, the string-heavy posse that has become famous for its rapid-fire old-time melodies and through 23-plus year has never skipped a beat in overcoming changes in personnel, evolving in sound and appearance to give a contemporary twist to its live shows and recordings.

Led by Ketch Secor, a multi-talented musician and an original co-founder of the band, Old Crow Medicine Show rolled into Naptown Saturday night and took over the theater stage in the Maryland Hall for Creative Arts, with the room’s 725 seats nearly all taken.

Featuring six members, all of them with a bevy of responsibilities owned throughout the night on Sept. 25, the group took the audience on a deep dive into the catalogue that has helped make this band, first formed back in 1998, one of the more intriguing stories in the modern music business. Delivering a loaded list of favorites, plus some unexpected covers, Old Crow Medicine Show turned out to be just what this crowd — perhaps a touch grayer than the average OCMS audience — was looking for.

The evening’s course was gluttonously packed, as the band played for nearly two hours, and it was designed not only to deliver some of the widely adored OCMS tunes, but to allow this version of the group to show off their individual personalities and their otherworldly mastery of an arsenal of instruments.

Ketch commanded control of the scene right out of the starting blocks, his voice turning on like a frantic, distressed dispatcher calling all departments for some full-scale blaze. He smirks like a natural-born hell-raiser, but underneath it is a world-class entertainer who has experienced highs and lows, and so it’s perhaps fitting that he conjures the world’s greatest pranksters. But for all his antics, he gets his hands filthy — at Maryland Hall, he showed off the chops of a man who’s seasoned, proven, musically tough, playing the mandolin, fiddle, and harmonica like he’s been doing it since he could walk.

His wild eyes, his restless fidgeting, he used that recognizable pitch to hook the audience quickly, working through an assortment of favorites early on, like “Tell It To Me,” the opener from the classic 2004 self-titled album, and next on “Alabama High Test,” off the 2008 release “Tennessee Pusher.”

The band would go on to sample just about every album its created in the studio, including tracks like “Tennessee Bound,” pulled from the 2014 Grammy-winning Remedy. With lyrics that in some songs plead for a hard drug fix and in others praise those who’ve given their lives for our country, OCMS had some in the crowd starting mouths agape before pulling most of them to their feet and into the aisles to boogie the night away, accomplished with the backyard hoedown ignitor “Shout Mountain Music.”

The band did its homework, cracking jokes through the set about the “Severn River,” “Parole,” and even poking fun at the town’s nicknames, all of this successfully getting a rise out of those in the big room. But they went out of their way to extend respect to a town rooted in the military, offering up their respects for those in the military before a warm, still pensive version of “Big Time in the Jungle.”

A group built on synergy between the various “spirits” that have served as members of this unit, Ketch was flanked by a variety of up-and-coming musicians who entered the fray at different points in time. To his right, Mason Via, whose euphoria and wide, twisted grin injected hysteria and celebration to the moment, especially when he stepped out to the front of the stage and showed his skills as an acoustic guitar picker.

To Ketch’s left — Mike Harris, who showed he can yank sounds out of the electric guitar and did that all night, jovial, warm, and incredibly precise to tuck those harder, sharper chords in between the universe of plucks, thumps, and hollers. Mike was also the source of plenty of laughs thanks to timely quips and an apparent familiarity with the Free State.

Way up in the back, bassist Morgan Jahnig provided the wicked slap, laying the foundation for songs both fast and slow, amusing and sorrowful, like the wistfully grooving track “James River Blues,” recorded on the 2006 album Big Iron World. He’s the longest active member of the OCMS outfit other than Ketch — he joined in 2000 after randomly seeing the band busking in downtown Nashville — and he showed Saturday night that he’s the group’s ol’ reliable — a machine, steadfast and totally focused, despite all the drug references being tossed around.

Cory Younts, who joined the band 2009, left in 2012 and then returned a year later, proved himself to be key to their ambitions in Annapolis. A guru of the keys, a skilled mandolin player and an otherworldly whistler — the most underutilized instrument on the planet? — Cory was hilariously casual in strolling to the front of the stage to handle vocals and to share that whistling, which almost seemed fictitious to be so remarkably beautiful.

And, perhaps the most dynamic of the group, Jerry Pentecost shined all night long as the group’s drummer, but also utilizing a stockpile of instruments, including the mandolin, the washboard, and more. Jerry broke out his refined, compelling vocals for an unforgettable take on the OCMS edition of “CC Rider.”

The eye contact, the seemingly natural choreography, and harmonies that have served as a soundtrack for so much life in America, Old Crow Medicine Show put another notch in its belt Saturday night in Annapolis, performing live at an impressively high level when many musicians are feeling rusty. Boasting a leader in Secor who is sheerly determined to keep exploring and freshly interpreting these Americana sounds, all its past influences and all its future extensions, Old Crow Medicine Show is in a position to keep making an impact on bluegrass, folk, and old-time country for years to come.

American Girl
Will The Circle Be Unbroken

Here are images of Old Crow Medicine Show performing at the Maryland Hall for Creative Arts on Sept. 25, 2021. All photos copyright and courtesy of Casey Vock. 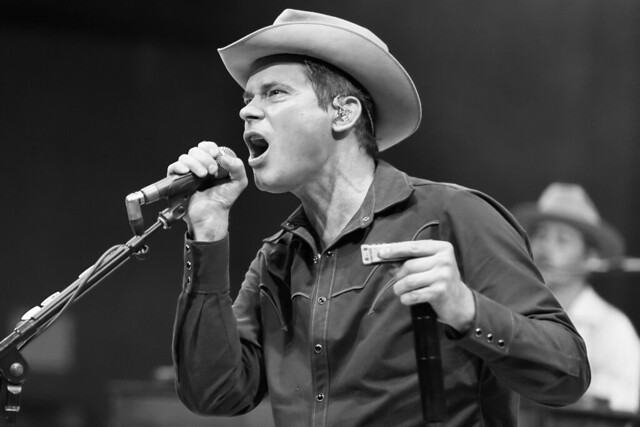 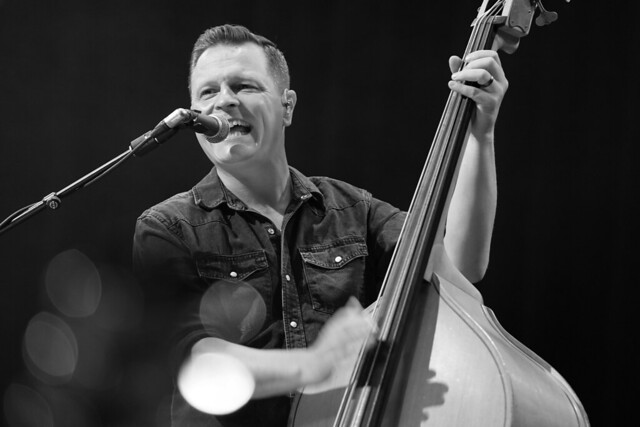 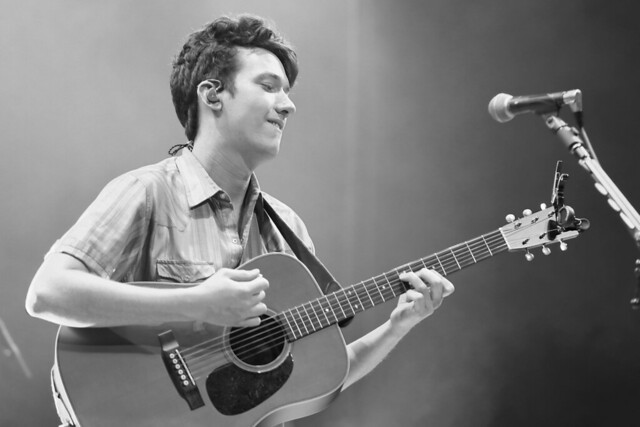 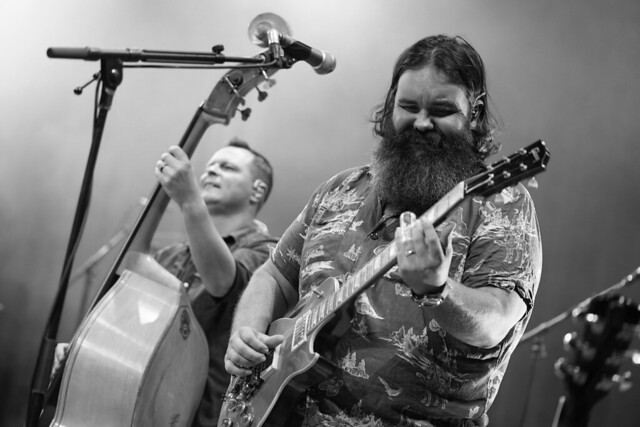 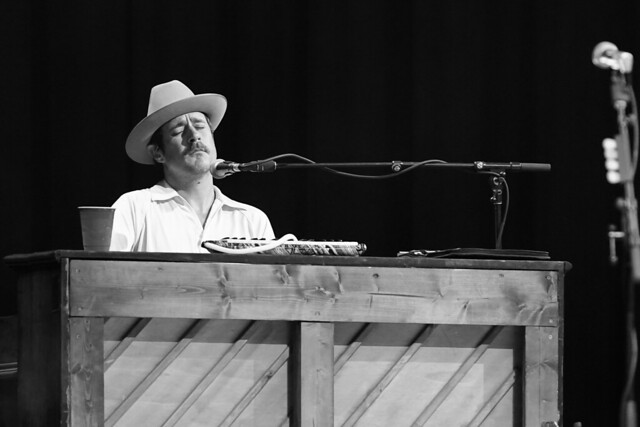 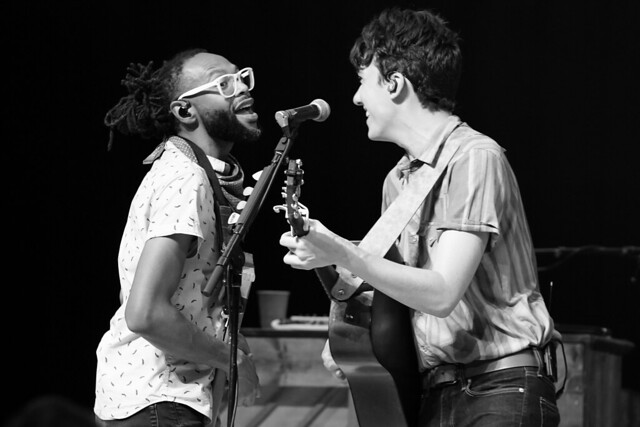 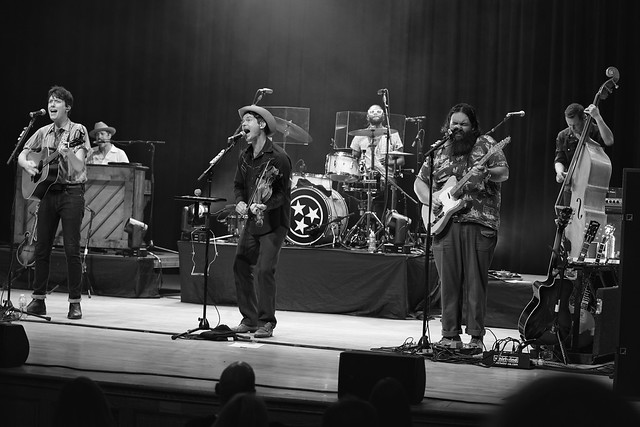 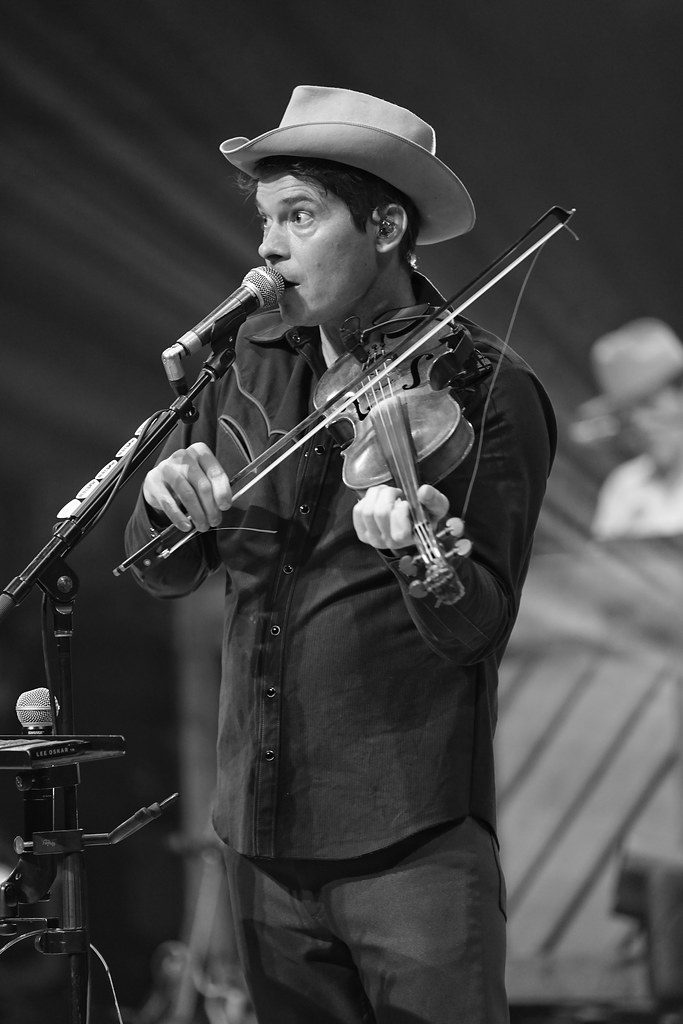 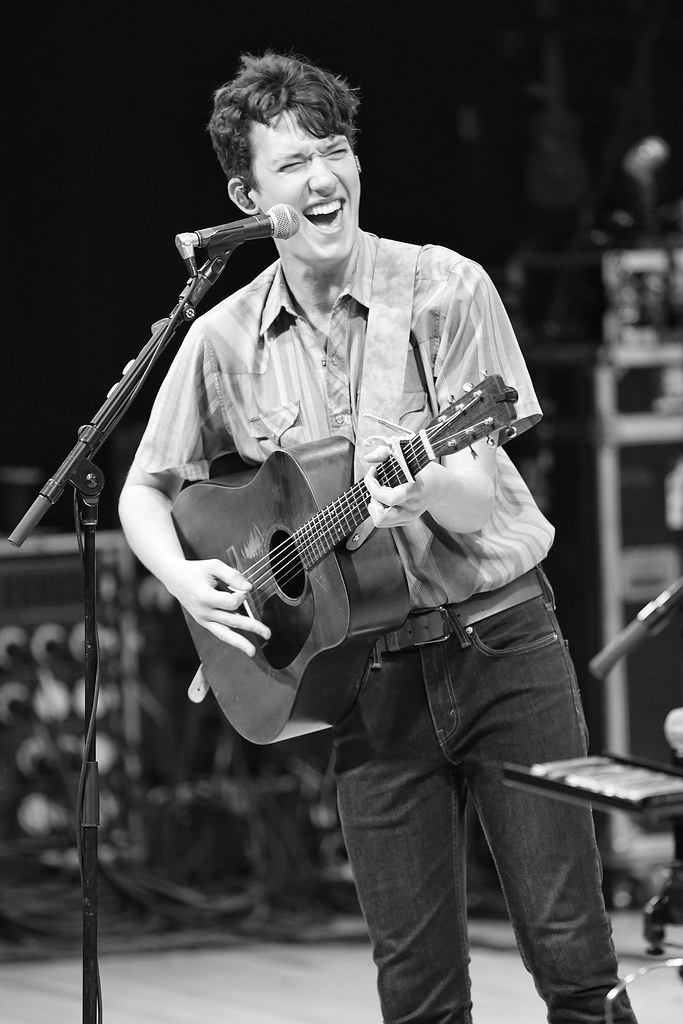 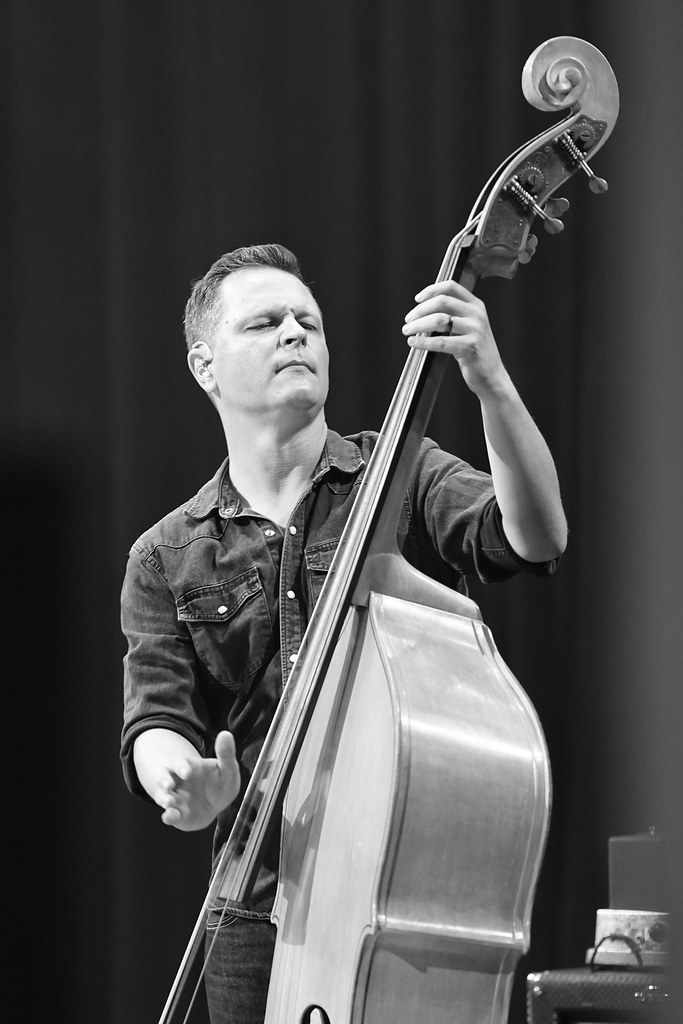 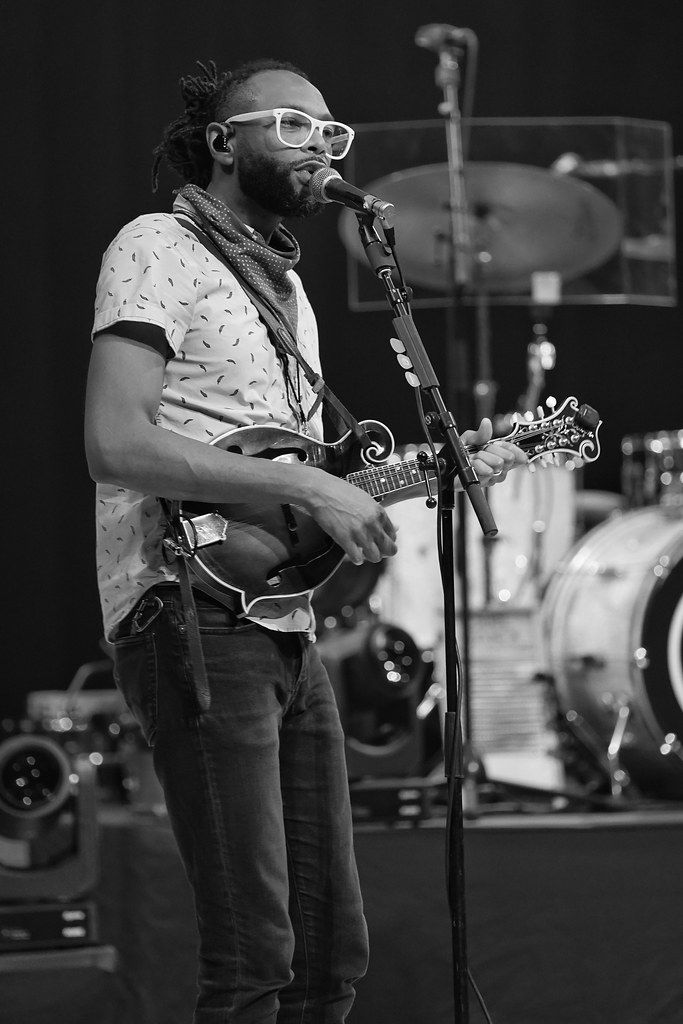 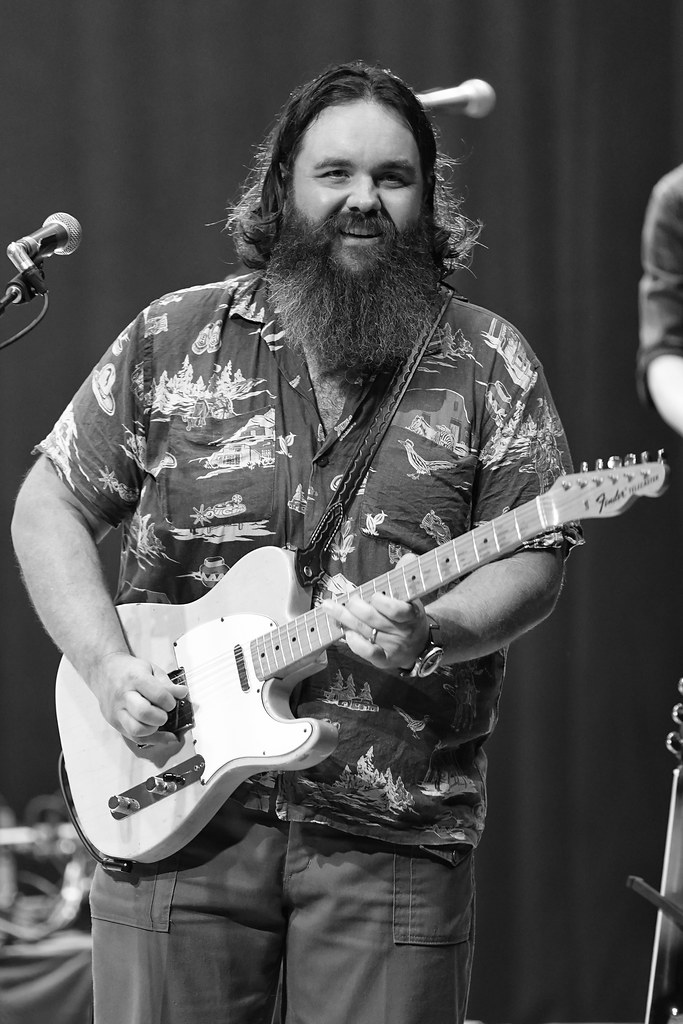 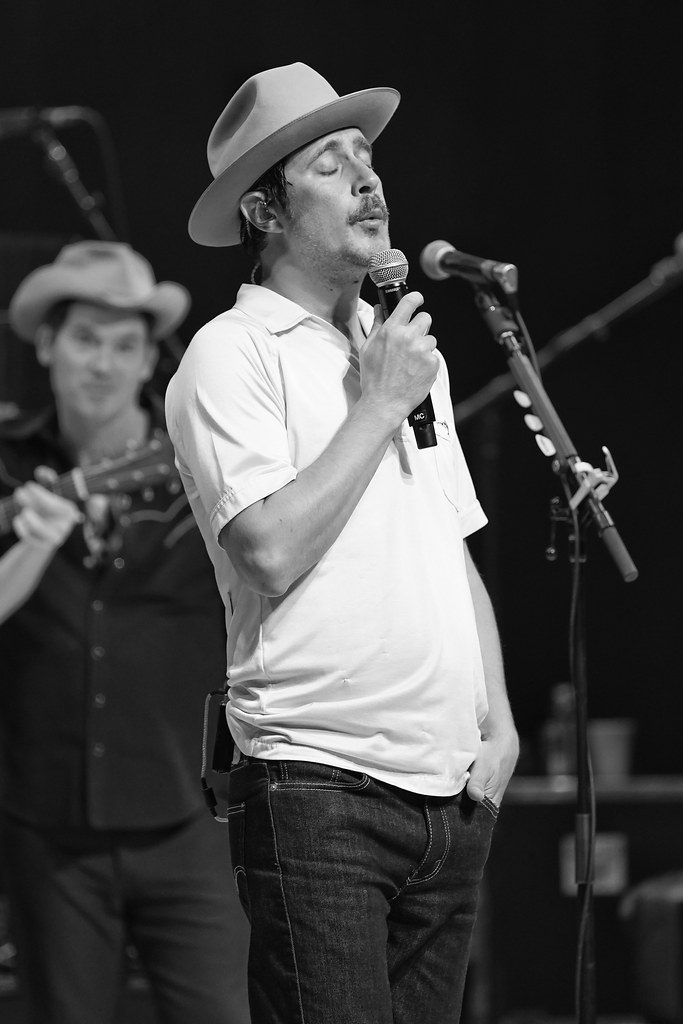 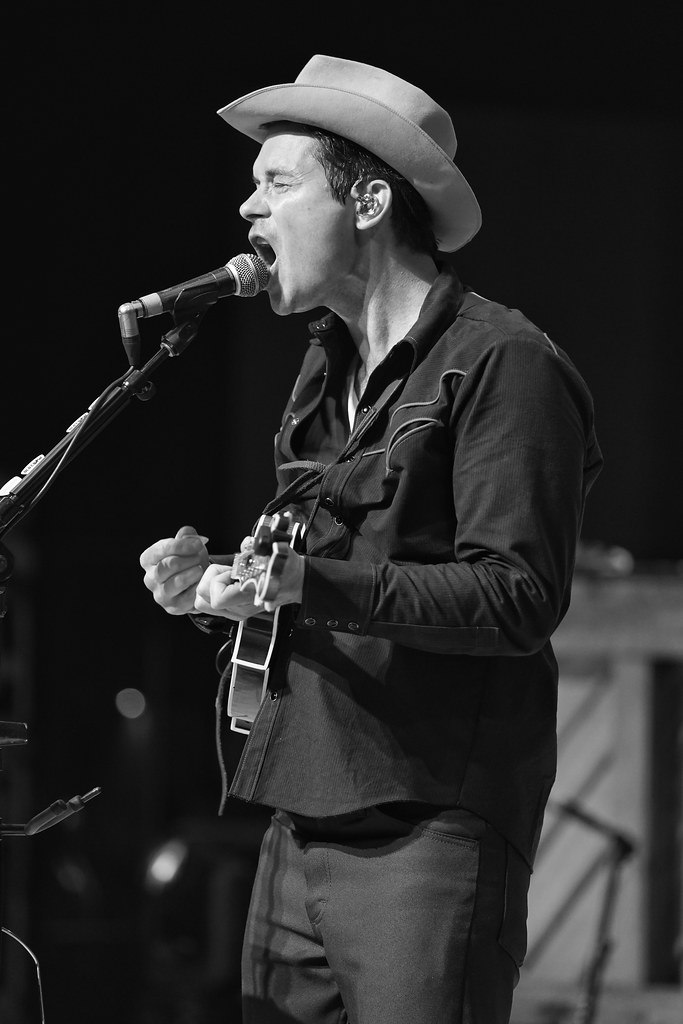 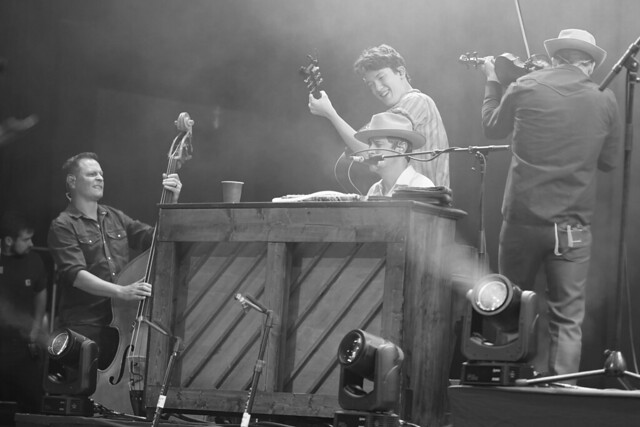 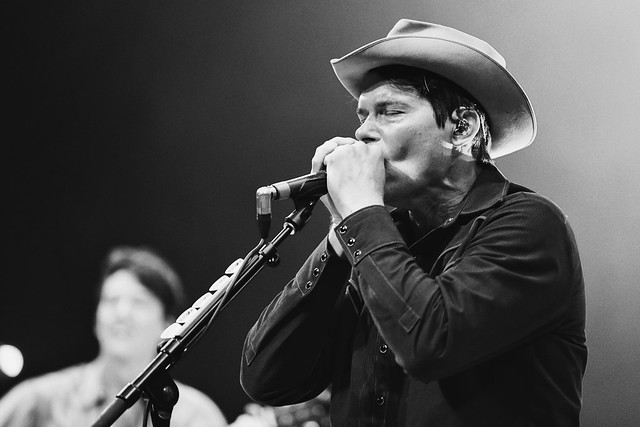 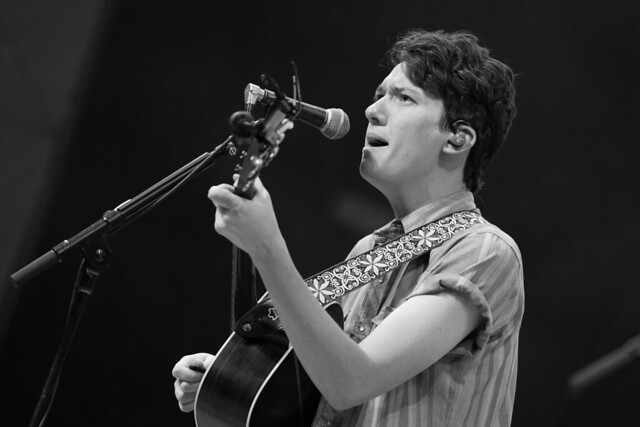 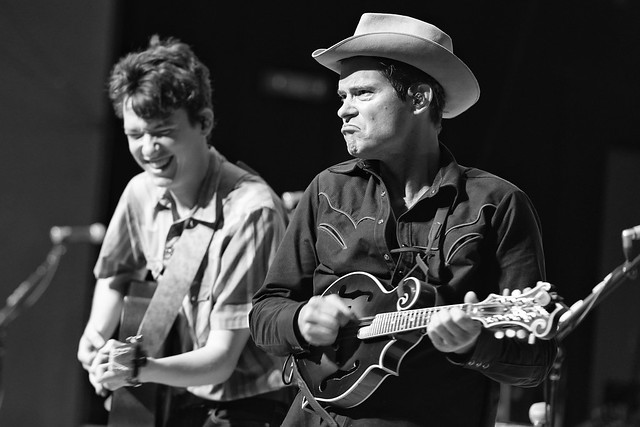 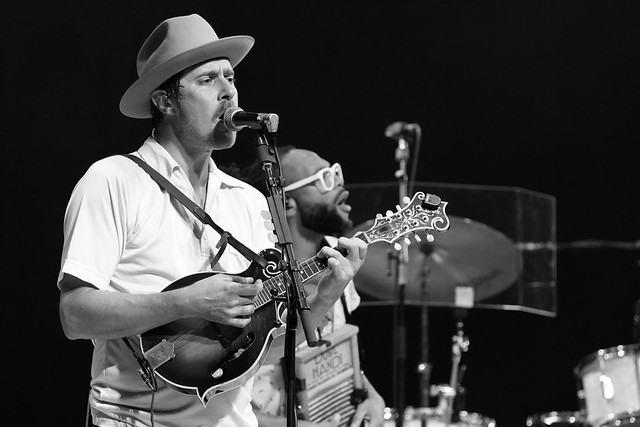 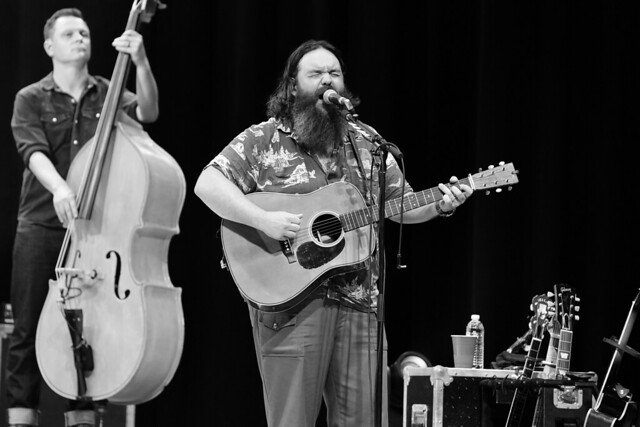 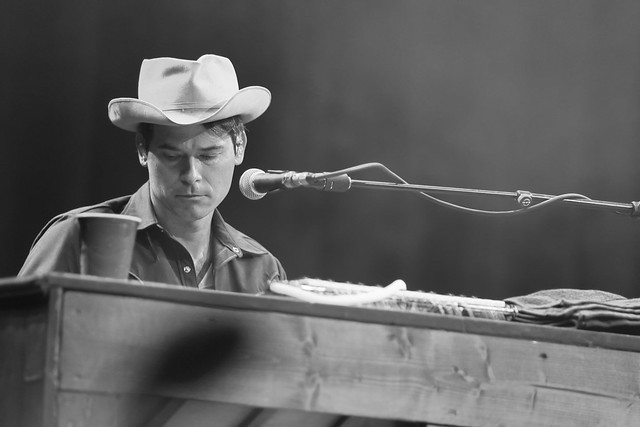 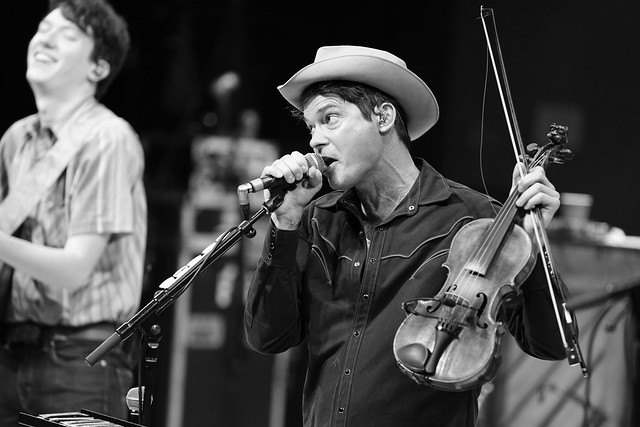 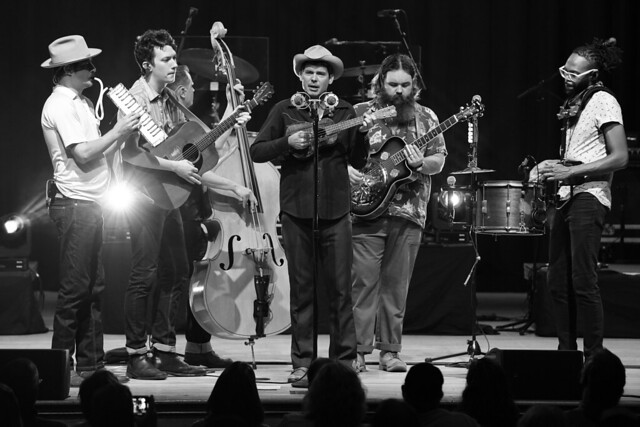 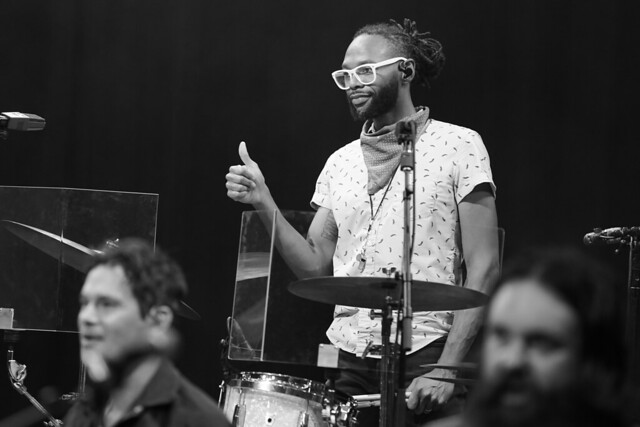 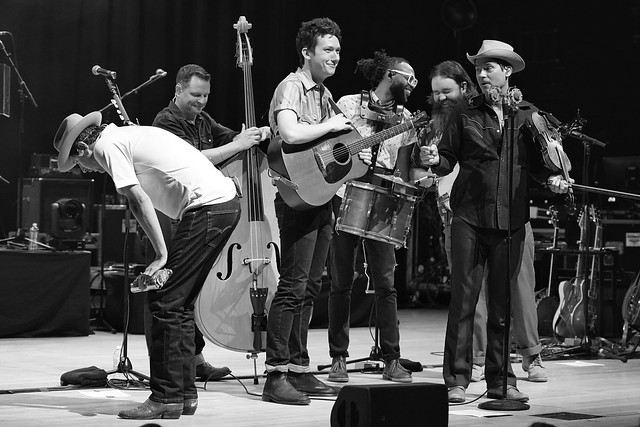