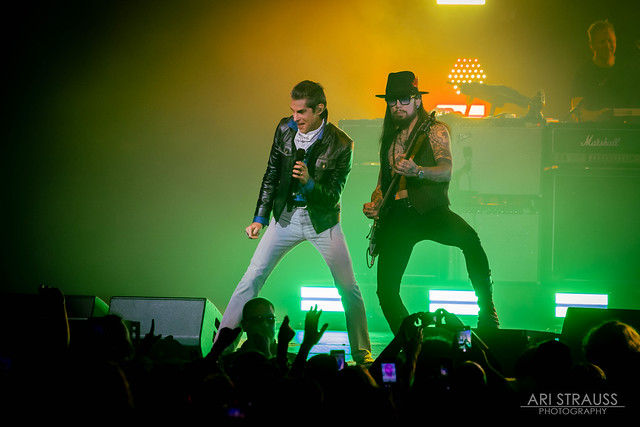 I grew up in the 1980s in Reading, Pennsylvania and WMMR (93.3 FM), the iconic rock format radio station from nearby Philadelphia, was the radio station of my youth. So, when a last-minute opportunity to photograph the 15th Annual MMRBQ music festival at BB&T Pavilion in Camden, New Jersey, came my way, I jumped at the chance.

I can still close my eyes and imagine the warm summer days as a kid in the ’80s at my local community pool, hear the dulcet tones of a then-young DJ named Pierre Robert coming out of the pool’s PA announcing hits like Barracuda (Heart), Centerfold (J Giles Band), and so many more.

After 40 years (a real rarity in the radio business), Pierre is still at WMMR, providing an iconic presence at one of the nation’s most iconic rock stations. Meeting him was definitely on my to-do list for the day, and I am so happy I got to see him when he was broadcasting from the on-location tent in the Pavilion’s midway. 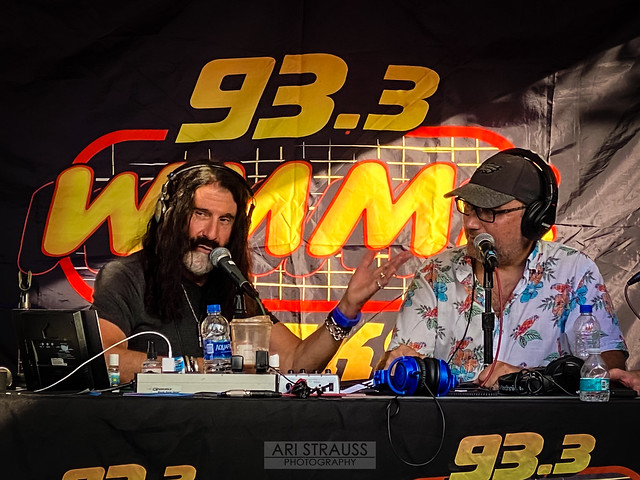 I hadn’t previously been to an MMRBQ event, so I wasn’t sure what to expect. What I got was 10 hours of virtually non-stop pulse-pounding rock music.

The day was loosely divided into two parts: relatively new bands (some up and coming, some more established) in the afternoon portion, and three powerhouse rocks bands in the evening portion.

Unfortunately, driving up from DC that morning, I didn’t arrive in time to see the first set of the day, a local Philly band called Foxtrot & the Get Down whose sound is a fusion of blues, soul, and pop influences.

Next on the schedule was Ayron Jones from Seattle, Washington. The MMRBQ was sort of a coming out event to the Philly music scene for Ayron whose sound is a mixture of blues, hip-hop, grunge (I mean, c’mon, he’s from Seattle), hard rock and soul. His four-piece band took command of the stage and certainly earned a crop of new fans in Philly. 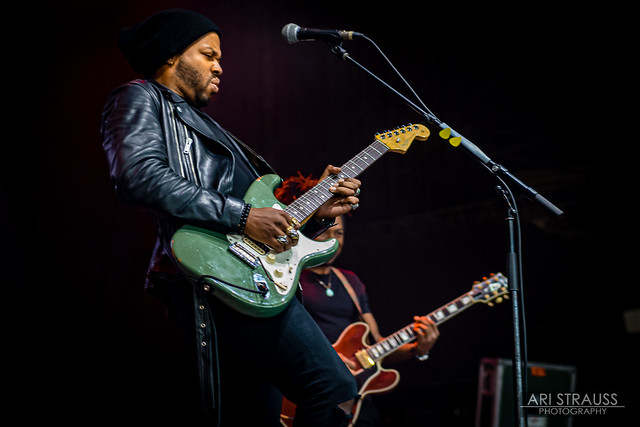 Listen to Ayron Jones’ album Child of the State on Spotify:

After a brief intermission for the roadies to do their thing, Dorothy hit the stage like a boss, clad in black leather and rocking her guts out. The LA-based artist jumped around the stage with gusto, singing hard and giving the audience good reason to raise their arms and shake the hand horns. 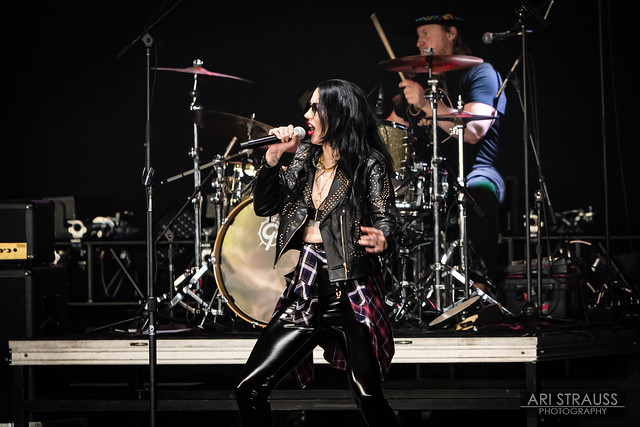 Listen to 28 Days in the Valley by Dorothy on Spotify:

Next up was the spawn of Rock royalty, Mammoth WVH, fronted by Wolfgang “Wolfie” Van Halen, the son of late guitar great Eddie Van Halen who passed away in October 2020.

Wolfie got his start, you could say, playing along side his father as the bassist for Van Halen from 2006 to 2020. He tugged at the crowd’s heartstrings a bit when he mentioned this was his first time back through Philly since playing a show with Eddie in late 2019. He said Philly has always been great to his father and thanked the crowd for all their support. As frontman for Mammoth WVH, Wolfie has swapped out the bass and instead plays guitar and keys while providing lead vocals. 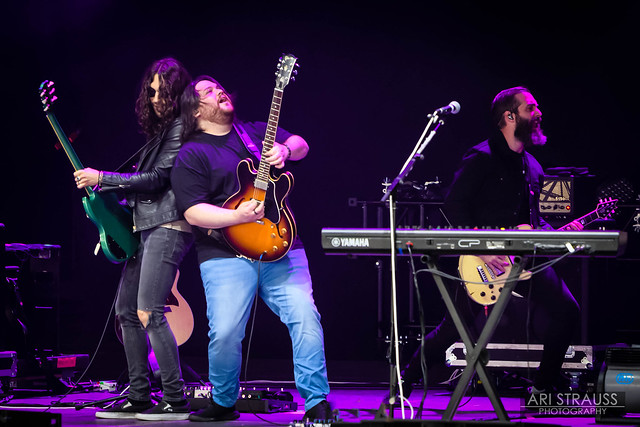 Last up in the afternoon portion of the program was Dirty Honey, an LA-based rock band formed in 2017 consisting of singer Marc LaBelle, guitarist John Notto, bassist Justin Smolian, and drummer Corey Coverstone. 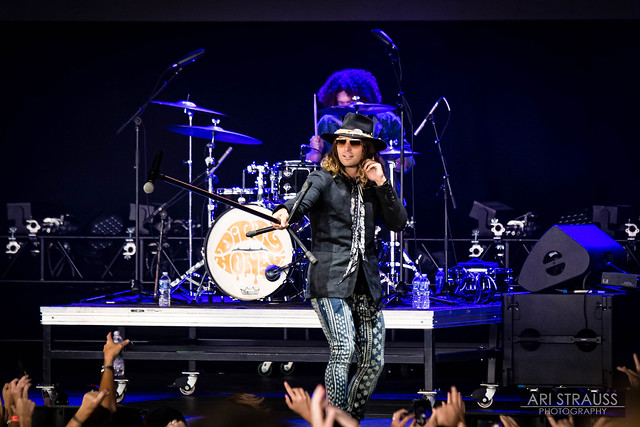 The band’s self-titled EP was self-released in March 2019 and their single, “When I’m Gone,” hit #1 on Billboard’s Mainstream Rock chart, making Dirty Honey the only unsigned band ever to achieve that feat.

As dusk fell on the Delaware River waterfront, the big guns came out on stage. First up was 2016 Rock n’ Roll Hall of Fame inductee, Cheap Trick. Lead singer Robin Zander hasn’t lost anything over the years, delivering a powerful performance at lead vocals and rhythm guitar (and an impressive collection of hats). Lead guitarist Rick Nielsen rocked out with his menagerie of custom guitars, many of which are remembered as iconic elements of the 80s rock scene, and his trademark checkerboard amp kit. 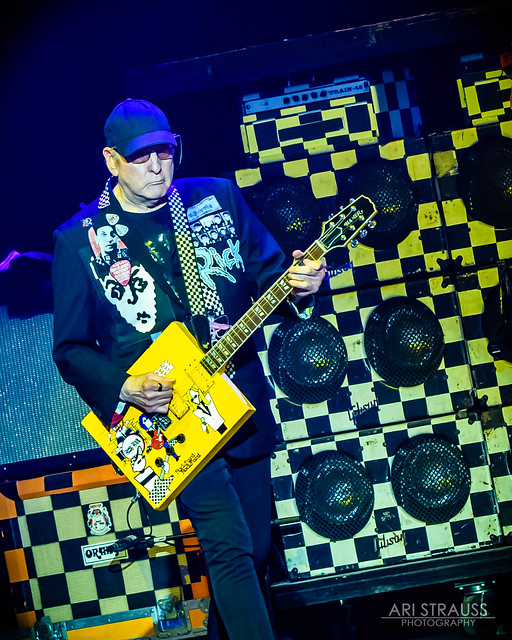 Listen to Cheap Trick’s 2021 offering, In Another World, on Spotify:

With the sun fully set, the penultimate act of the evening, The Offspring, hit the stage with force. Fronted by Dexter Holland on lead vocals and Kevin “Noodles” Wasserman on lead guitar, The Offspring demonstrated why they’re still a powerhouse pun band after all these years. 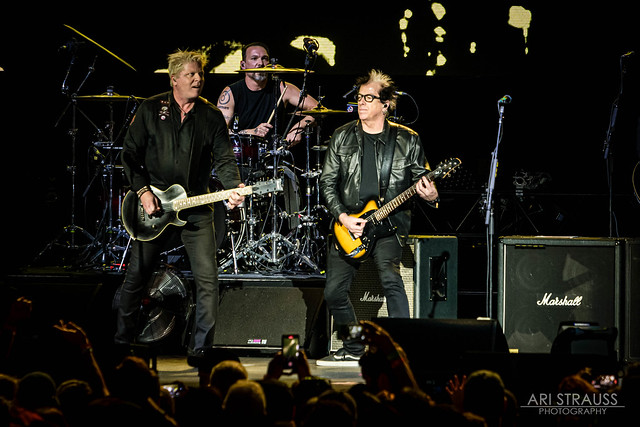 Admittedly, I’m not up on all of the many hits in The Offspring’s catalog over the years, but when the third song of their set was “Come Out, and Play (Keep ‘Em Separated), the place lit up like a firecracker. The other big hit (for me) was “Pretty Fly (For a White Guy).”

Listen to Let The Bad Times Roll (Deluxe Edition) by The Offspring on Spotify:

Last up: the headliner, Jane’s Addiction. From a stage illuminated with white-hot lights and thick smoke emerged iconic lead singer Perry Farrell and lead guitarist Dave Navarro to the crowd’s roar. Rounded out with Stephen Perkins on drums and Chris Chaney on bass, Jane’s Addiction rocked the house. This was the band’s first big gig since the beginning of COVID and the seemed eager to make up for lost time. 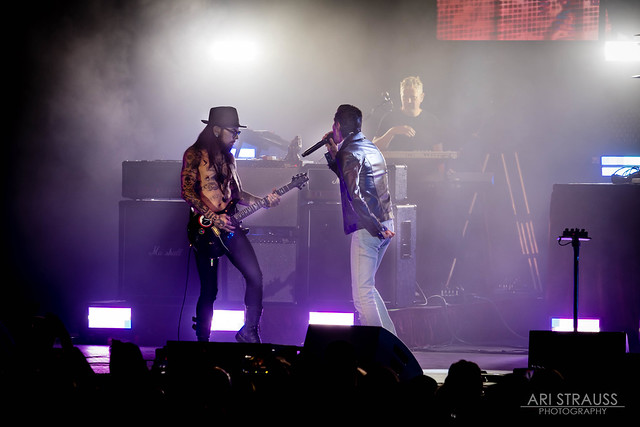 Listen to Alive at Twenty-Five by Jane’s Addiction on Spotify:

It was an exhausting day but well worth the 5-hour round trip in the car to see so many great bands at one venue.

Enjoy some more photos from the 2021 MMRBQ at BB&T Pavilion in Camden, New Jersey. All photos copyright and courtesy of Ari Strauss.