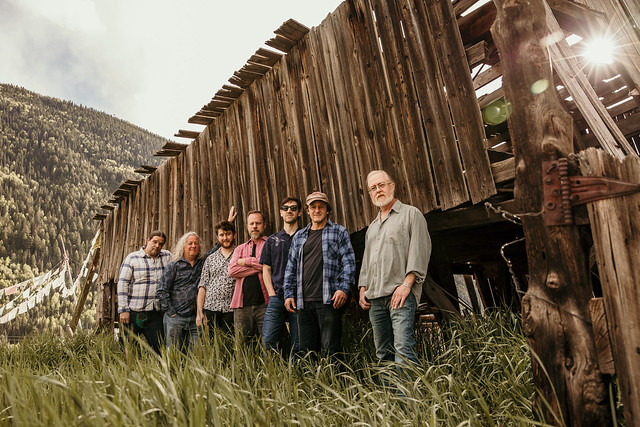 In 2020, Railroad Earth were poised to release All for the Song, a new studio album, but apparently the band held the release through the pandemic lockdowns that hit the United States that year.

The band’s most recent record, The John Denver Letters, drew from John Denver’s estate sharing the lyrics of never previously recorded Denver songs to see if the band might develop them. Develop them they did, yielding “If You Will Be My Lady” and “Through the Night” — two songs that formed the backbone of the band’s 2019 full-length album.

Watch the official lyric video for “If You Will Be My Lady” by John Denver and Railroad Earth on YouTube:

Since being founded in 2001, Railroad Earth has drawn critical praise for their genre-bending implementation of bluegrass instruments in non-traditional styles and arrangements. They’ve also amassed a huge and loyal fanbase who turn up to support them in every corner of the country, and often take advantage of the band’s liberal taping and photo policy. But Railroad Earth bristle at the notion of being lumped into any one “scene.” Not out of animosity for any other artists: It’s just that they don’t find the labels very useful.

As violinist and vocalist Tim Carbone said, “We use unique acoustic instrumentation, but we’re definitely not a bluegrass or country band, which sometimes leaves music writers confused as to how to categorize us. We’re essentially playing rock on acoustic instruments.”