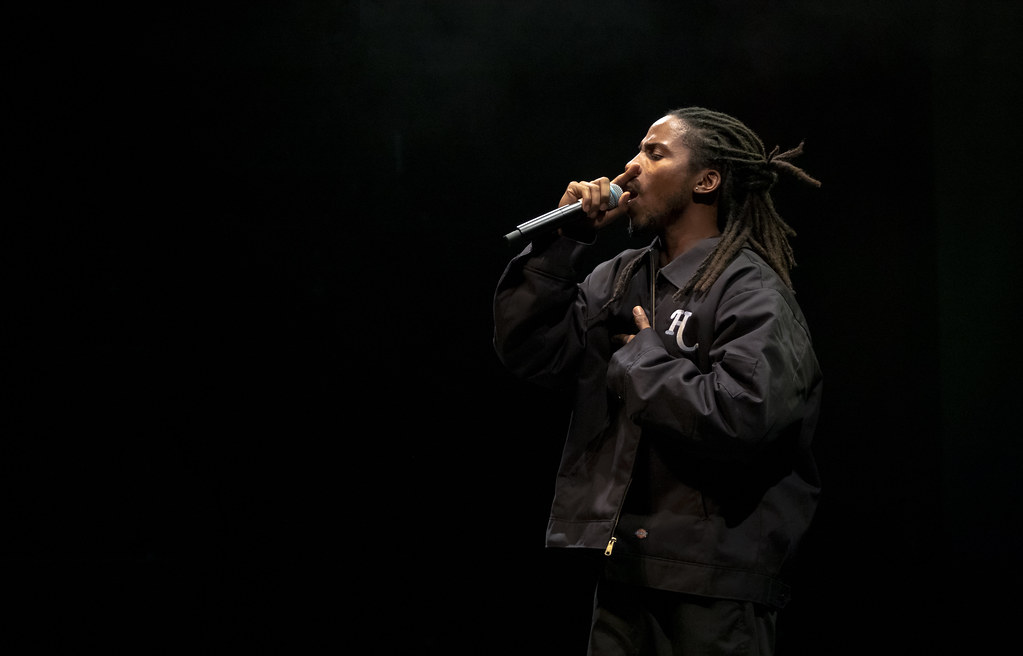 D Smoke performs at The Fillmore Silver Spring on Feb. 7, 2022. (Photo by Will Colbert)

“Boxing’s got styles like music got style…some styles are slick and creative…and others aren’t,” Miles Davis wrote in his autobiography — “Miles.” Like the iconic trumpeter, D Smoke is a student of music and boxing. During a recent show at The Fillmore Silver Spring, the Inglewood, California, rapper stepped onto the stage with the enthusiasm of a welterweight contender.

D Smoke opened the Feb. 7 show with “No Commas.” The thudding bassline pounded eardrums as boxing gloves do flesh. “We can take a loss, we gon’ get it right back,” rapped Smoke. The song was befitting a ring walk from an emcee with a straight-ahead rhyme style  — no feints.

In recent years, rappers have accompanied boxers during their walk from the locker room to the squared circle. Typically, the audio is garbled and unintelligible. Not the case on Feb. 22, 2020, when D Smoke performed “Black Habits” alongside Deontay Wilder for the second of the Fury vs. Wilder trilogy. That night wouldn’t end well for Wilder but things began looking up for Smoke. His debut full-length album, Black Habits, which was released a couple of weeks before the bout, would eventually be nominated for the 2020 Grammy Award for Best Rap Album.

During the show, Smoke performed “Gaspar Yanga” from Black Habits. The song is named for the “first liberator of the Americas.” An enslaved West African who led a successful slave uprising and built a maroon colony in the highlands of Veracruz, Mexico. Given this fact, it probably comes as no surprise that prior to rap D Smoke (born Daniel Anthony Farris) was a Spanish and music theory teacher at Inglewood High School. Far are the days of grading homework and assigning detention, but the former professor still drops jewels.

“Love is patient and passionate pursuit/Say hello to the newest ambassador for truth/Nobody could do this all alone/So as I grow, I hope to secure another recruit,” D Smoke rhymed during his performance of the jazz-tinged “Top of the Morning.”

The DMV’s own Mumu Fresh, who opened the show with a collection of her own hits, including “EmOGs,” returned to the stage to assist D Smoke on the chorus of “Sunkissed Child.” The song is a deeply personal narrative on Smoke’s parents’ struggle with addiction. It takes a certain type of person to not allow that sort of experience to callous their character. Throughout the show, D Smoke demonstrated his ability to balance vulnerability and hardcore realities through music. 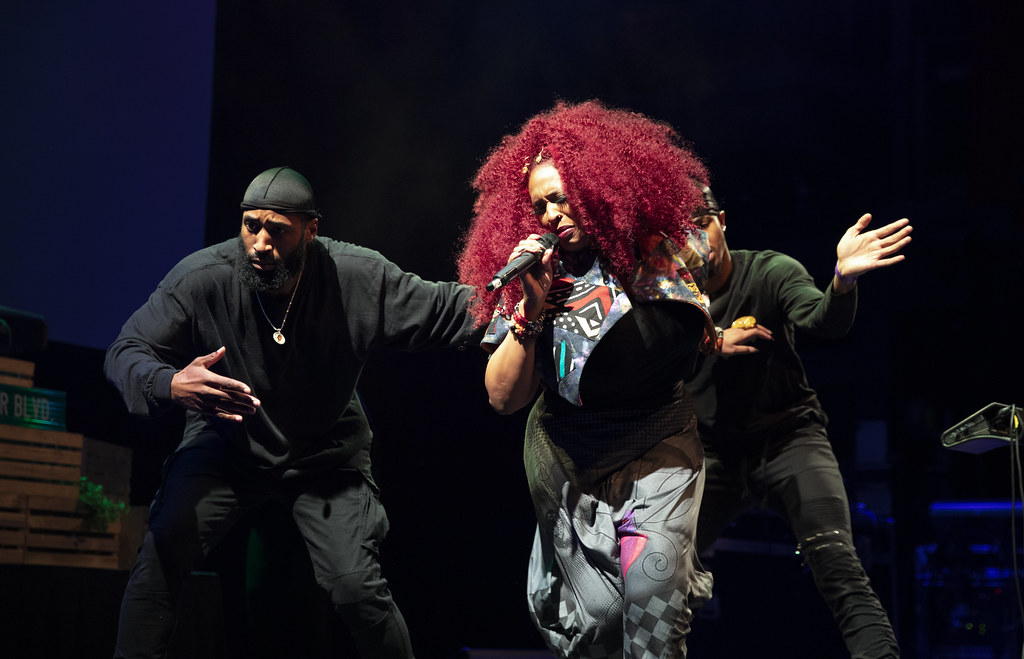 Boxing is not for the faint-hearted. It requires not only intense physical conditioning but also mental fortitude and the cultivation of a variety of techniques. D Smoke is that type of musician. The lyricist’s words are agile and at times delivered rapid-fire. He can also flip it and take a conversational tone so that his meaning is unequivocal. If you’re not ready, Smoke will catch you flat-footed, hitting you with something unexpected from a deep arsenal.

During the show, D Smoke stepped to the back of the stage and took a seat behind a keyboard. He played beautifully while singing the chorus to “Fly.” Fans in the audience roared when the bilingual emcee rapped the Spanish verse.

The cover art for the Black Habits album is a family photo of when D Smoke and his siblings visited his father in prison. The picture was taken decades ago, but family appears to still be very important to the emcee. Last year Smoke tied the knot with singer-violinist Angelina Sherie. He proudly brought his better half onto the stage. Sherie would play the violin and sing a set of ballads, including a cover of Lauryn Hill’s “Nothing Even Matters.”

You may have first heard of D Smoke in 2019 when he won Netflix’s Rhythm + Flow rap contest. It’s an experience that he’s still grateful for. “One of the judges became a mentor of mine. He took me into his world and showed me what it meant to be famous with character, rich with a strong sense of values…that was Tip (T.I.). His family became my family. His son became my little bro,” said D Smoke. Domani (T.I.’s son), who opened the show, returned to the stage to perform “I Know It’s Real.” 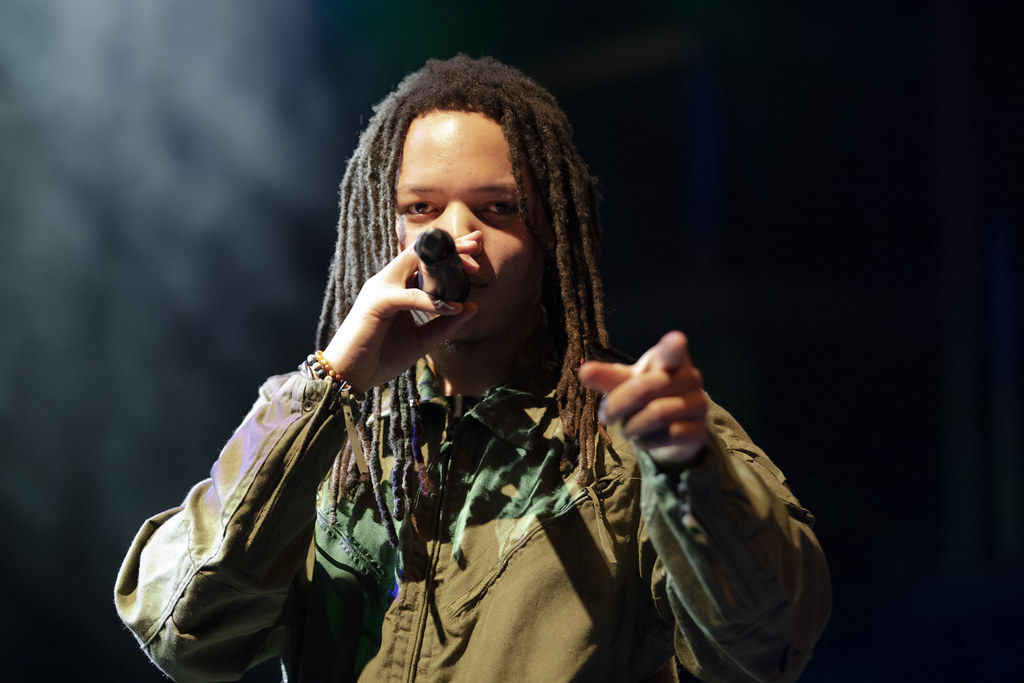 D Smoke is in the early rounds of his career. “War & Wonders” is the title of his sophomore album and that’s likely what awaits — war and wonders. I sense Smoke already knows this, and like any great fighter, he’s putting in the hours of preparation to be ready.

Here are some photos of D Smoke performing at The Fillmore Silver Spring on Feb. 7, 2022. All photos copyright and courtesy of Will Colbert. 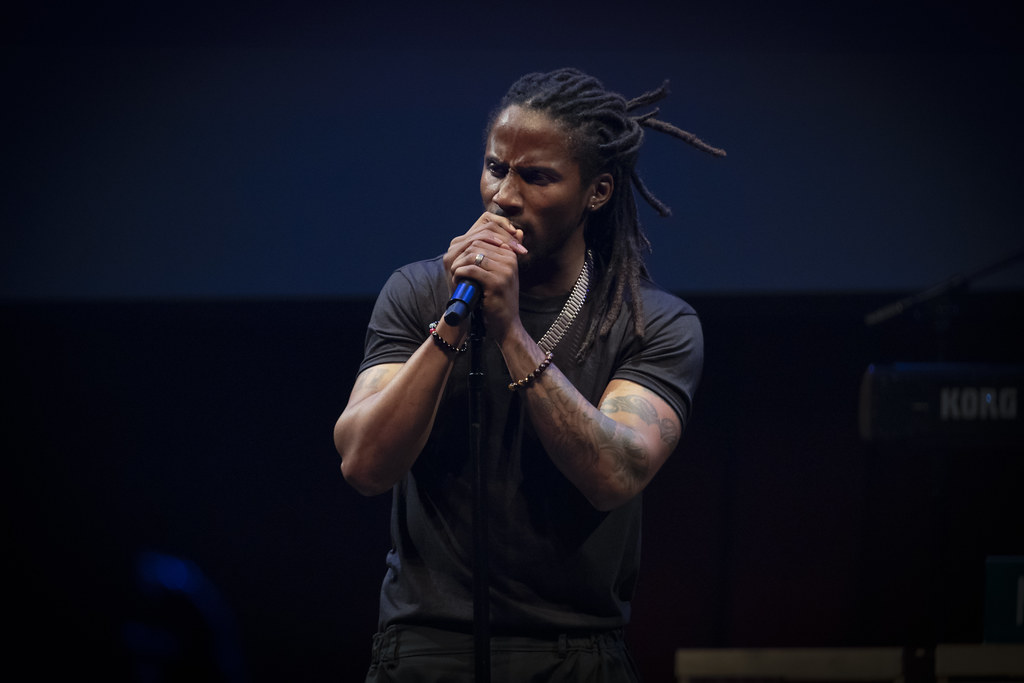 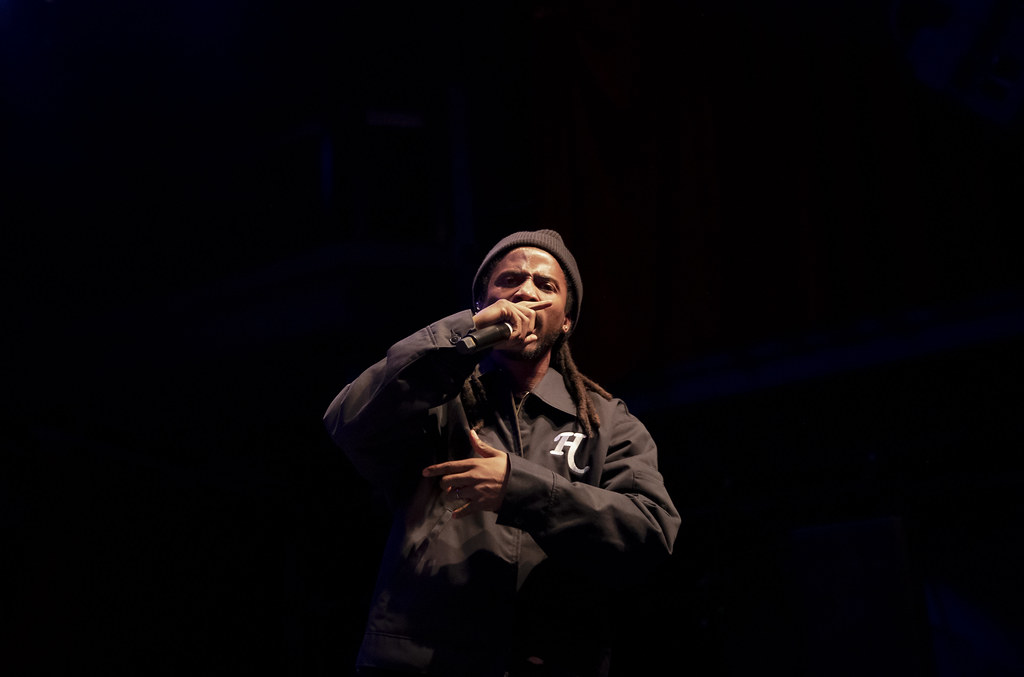 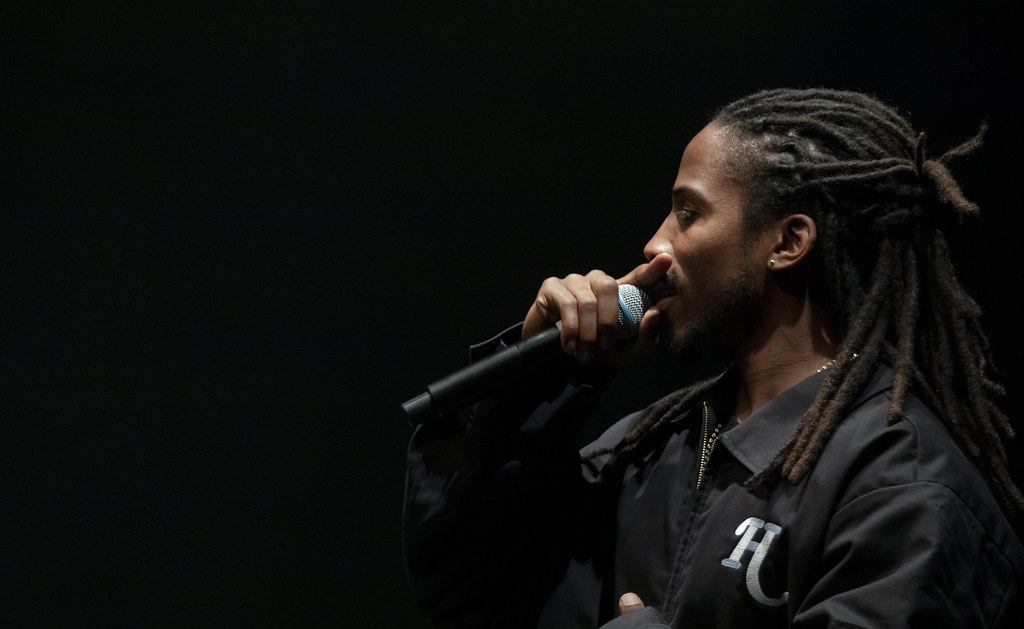 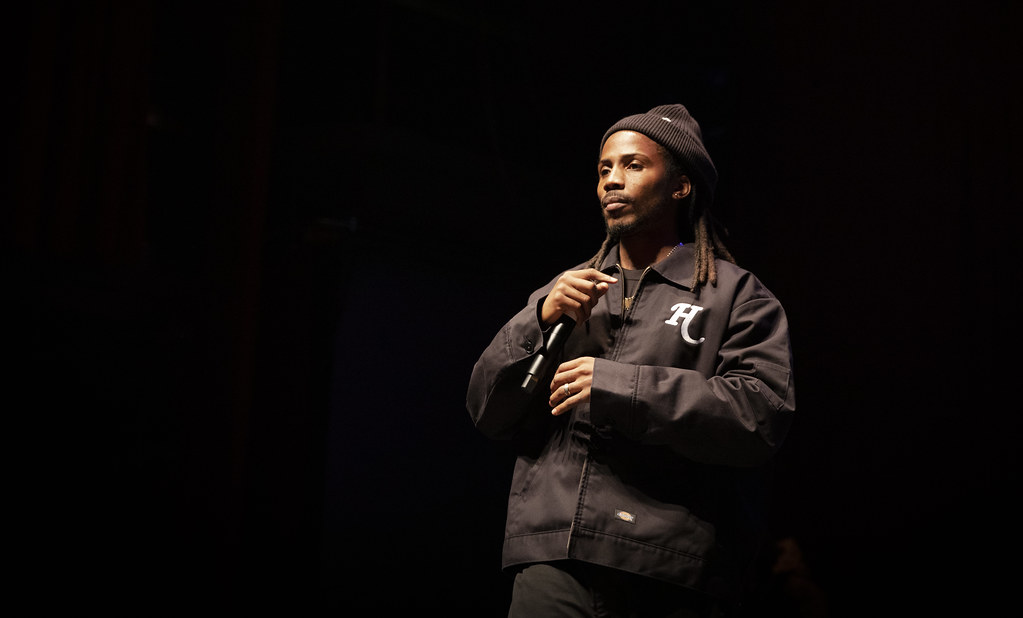 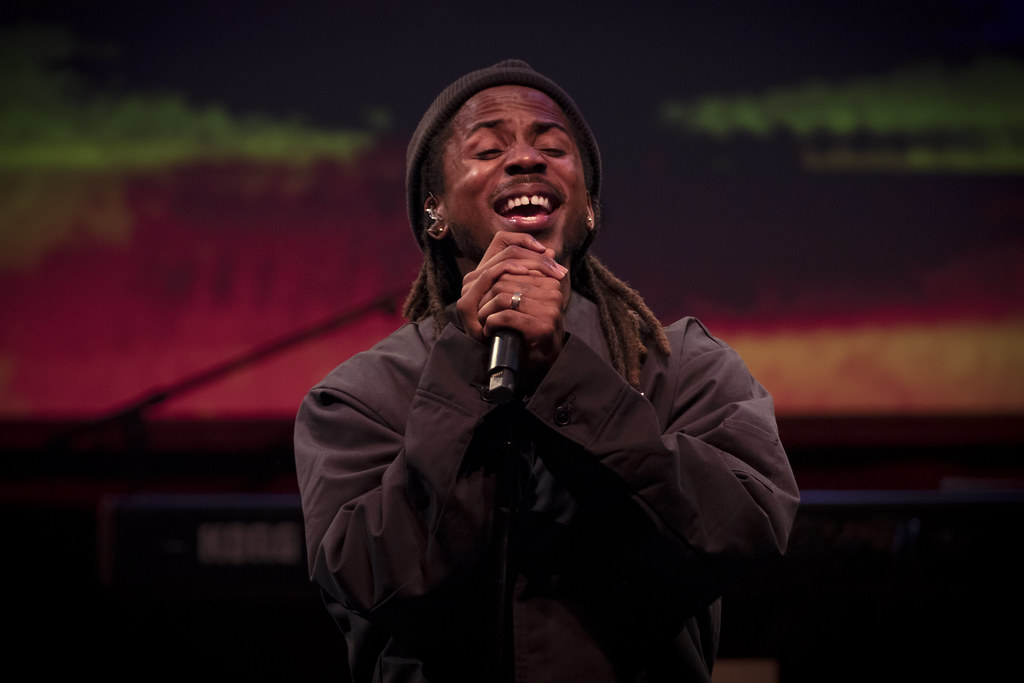 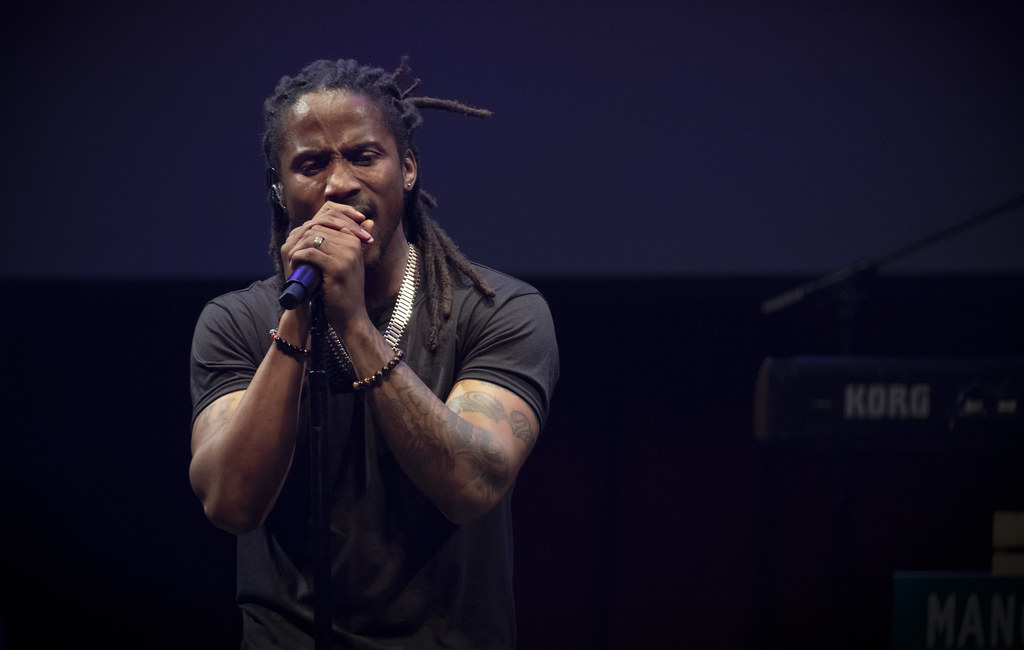 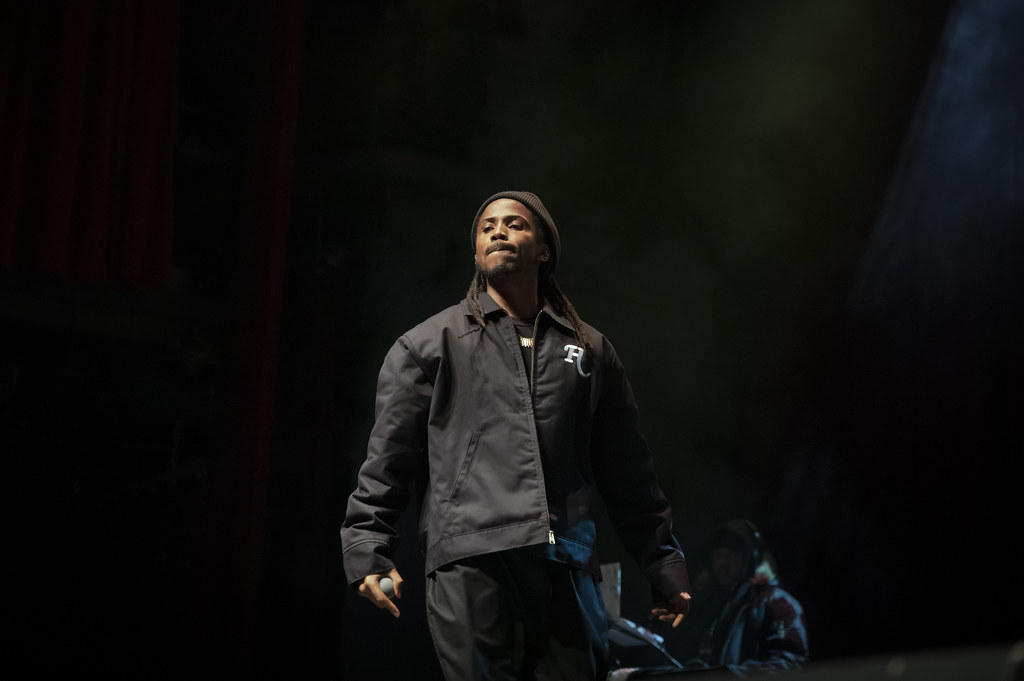 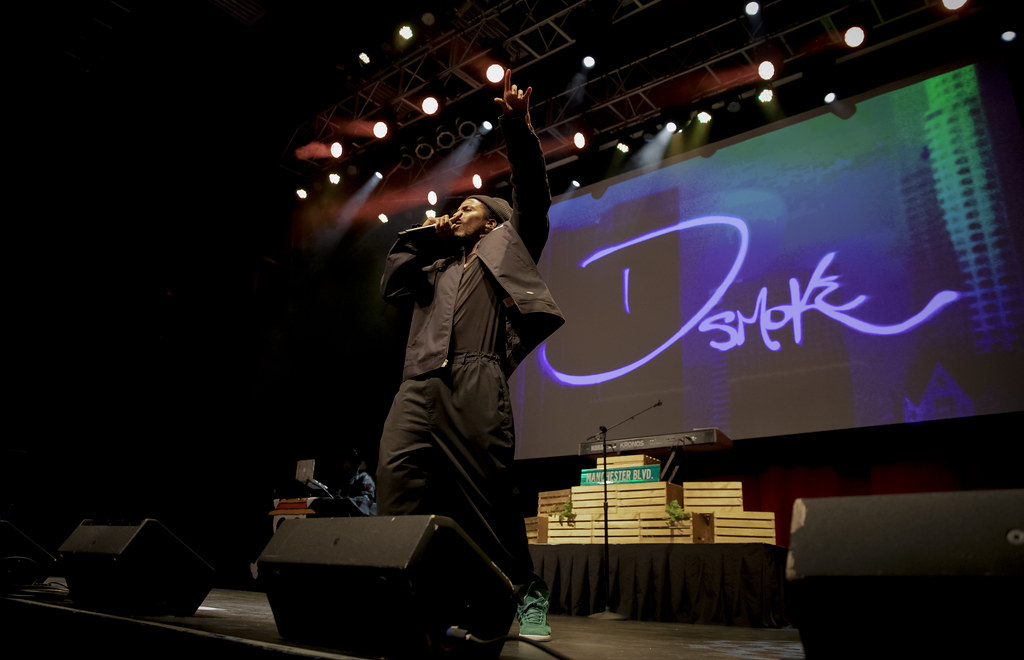 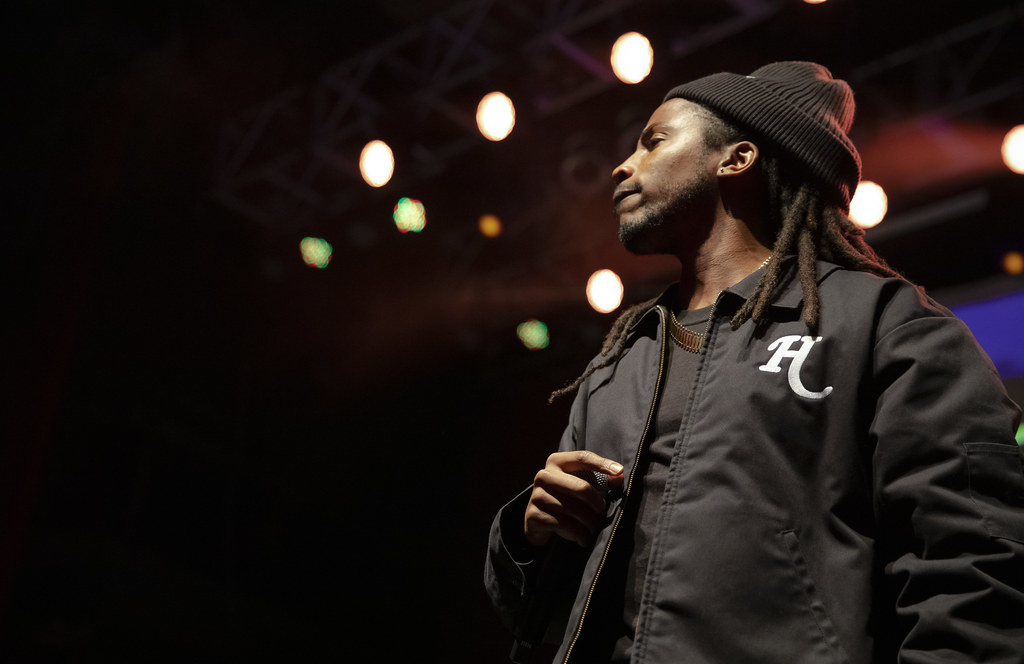 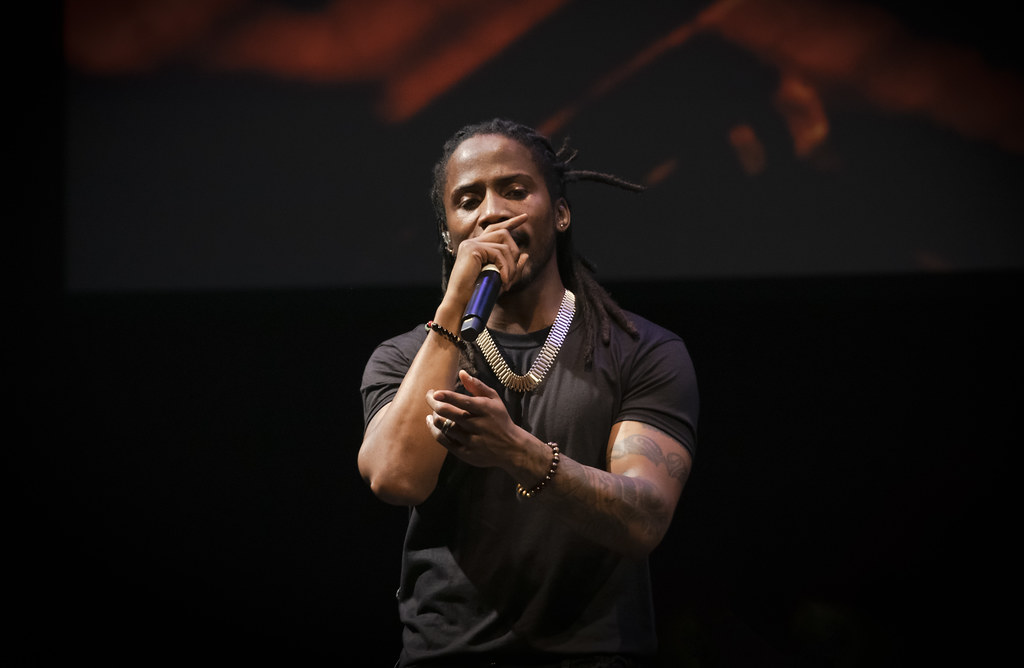 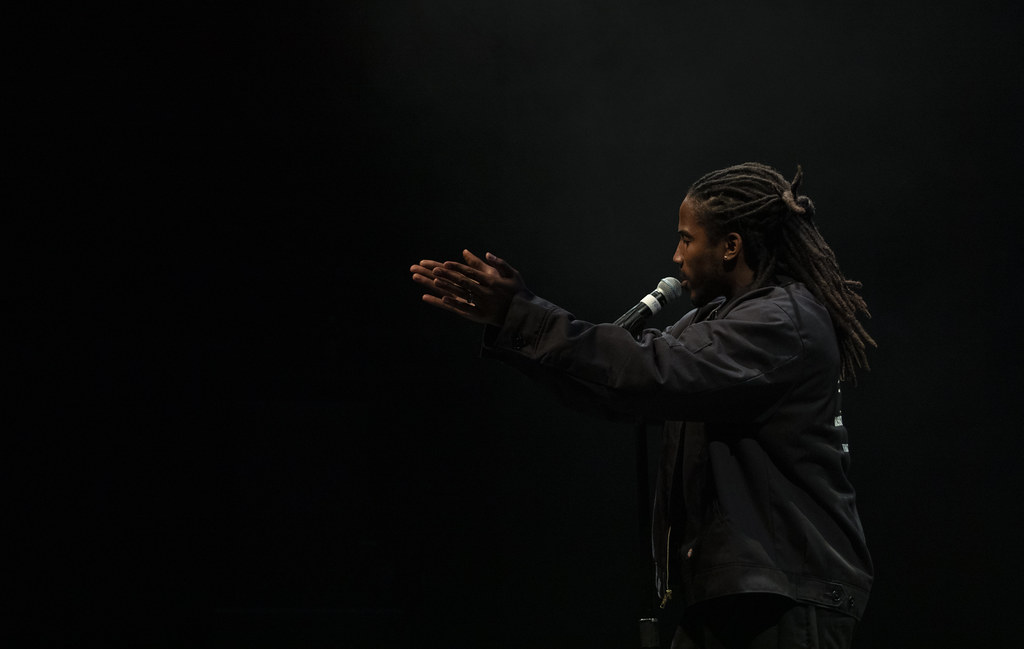 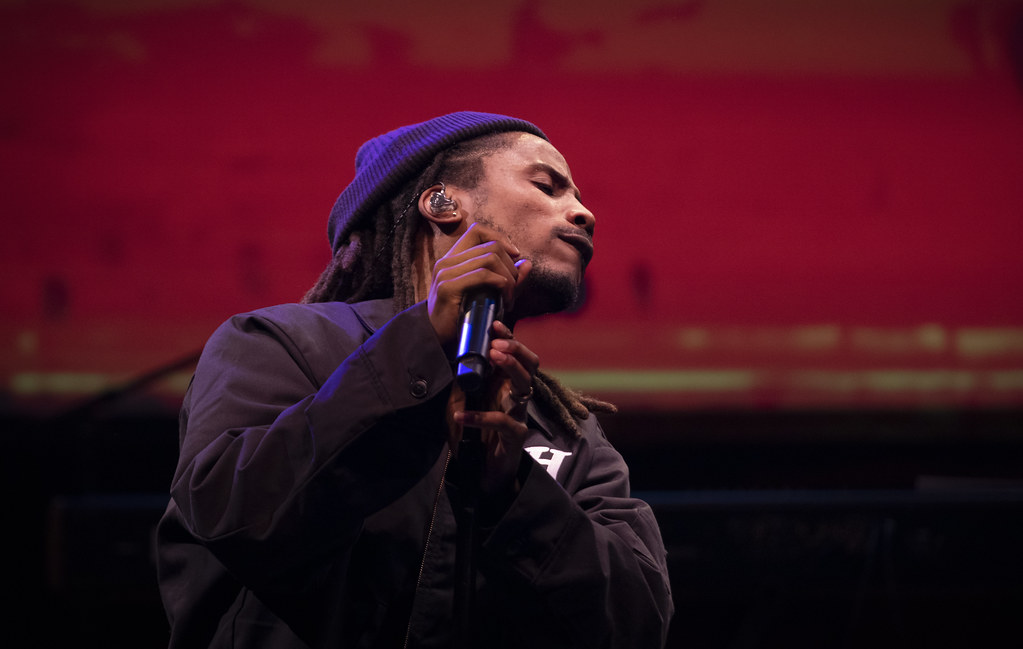 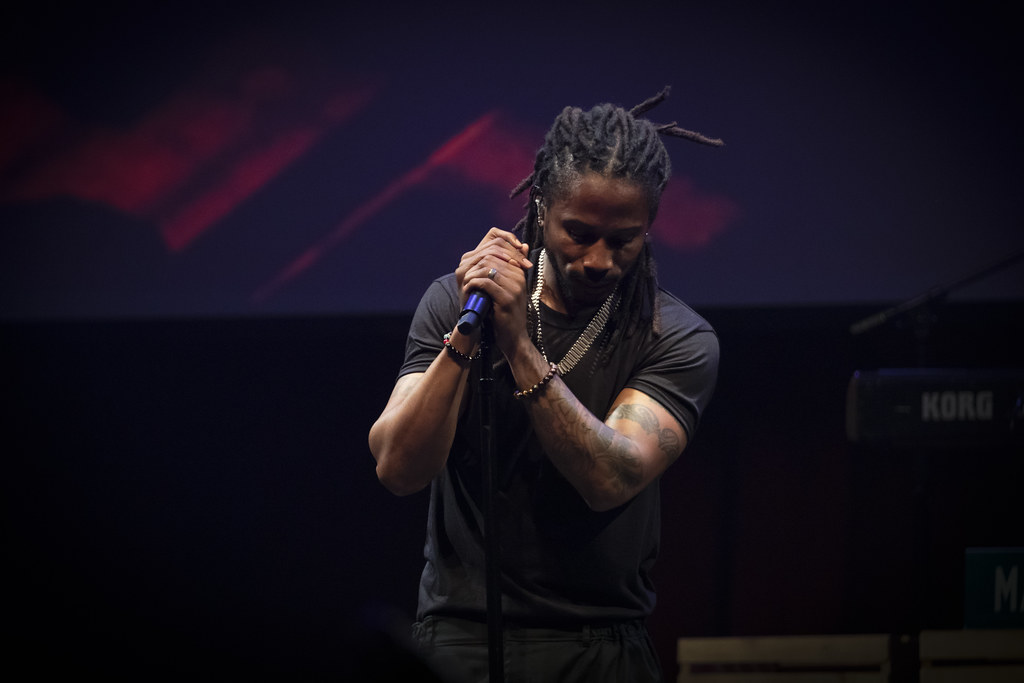 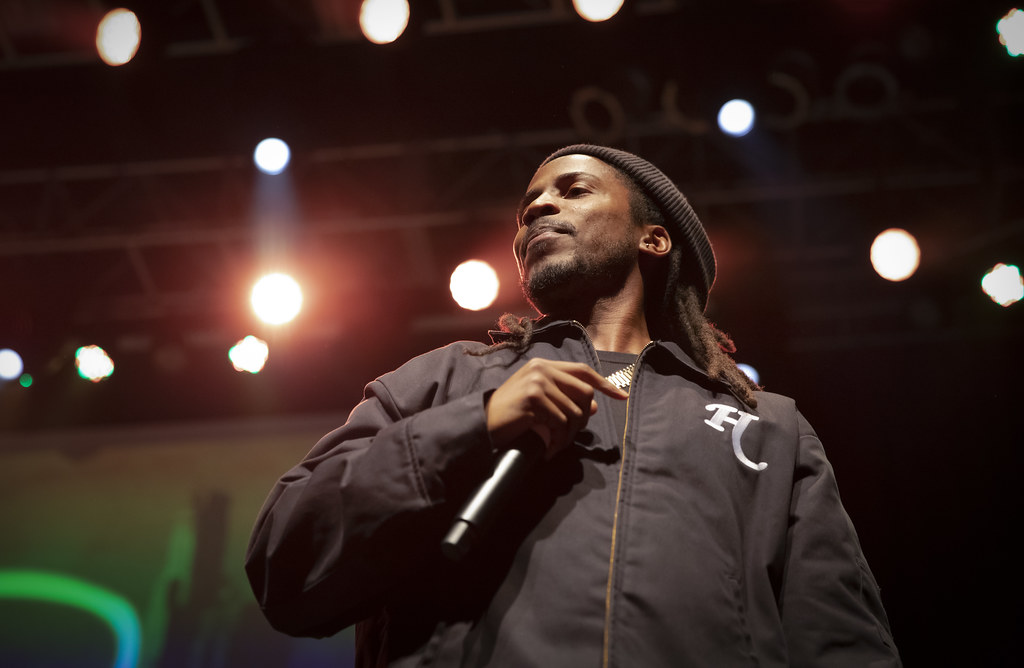 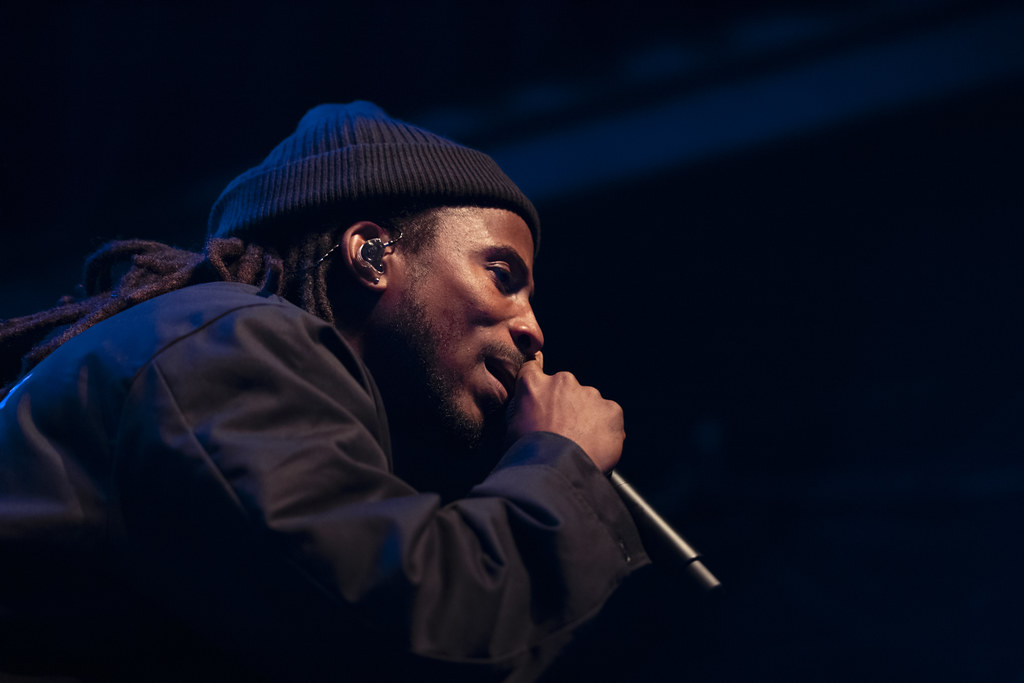 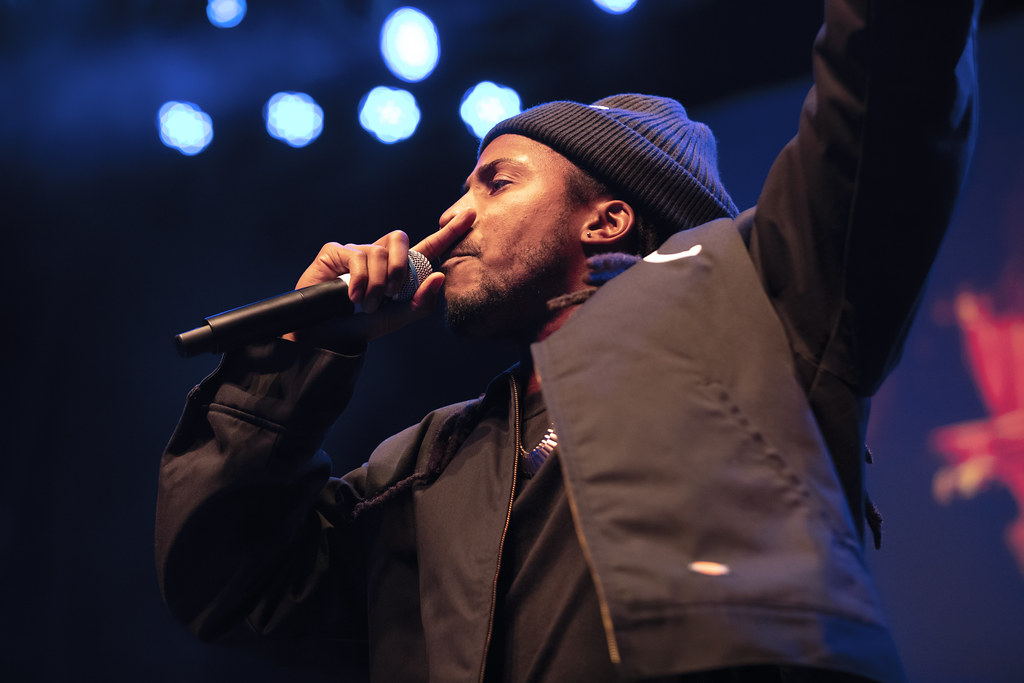 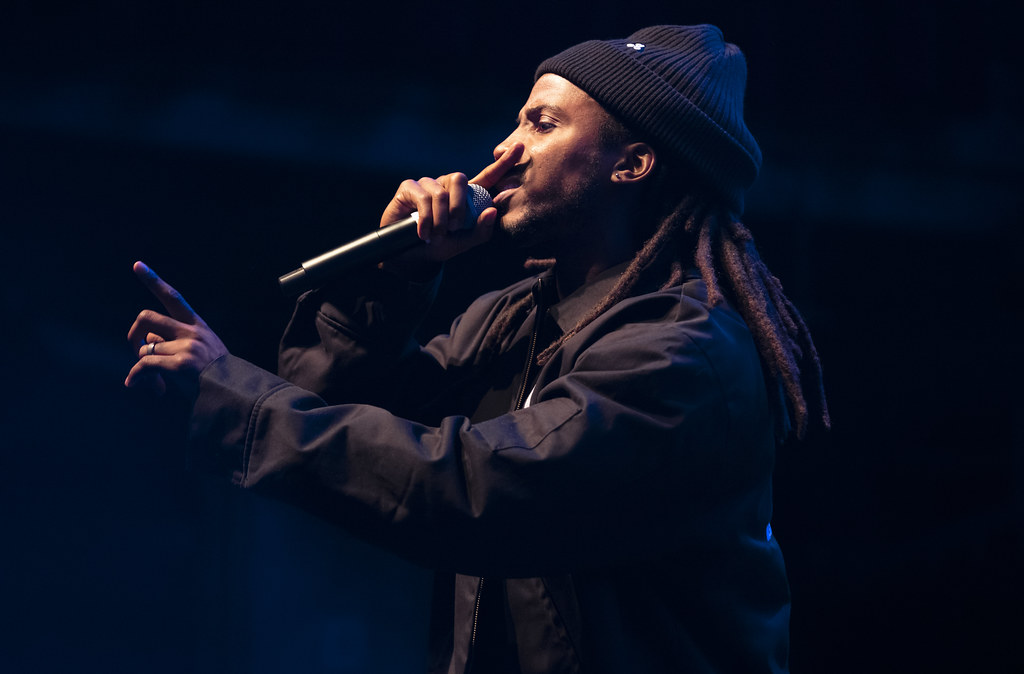 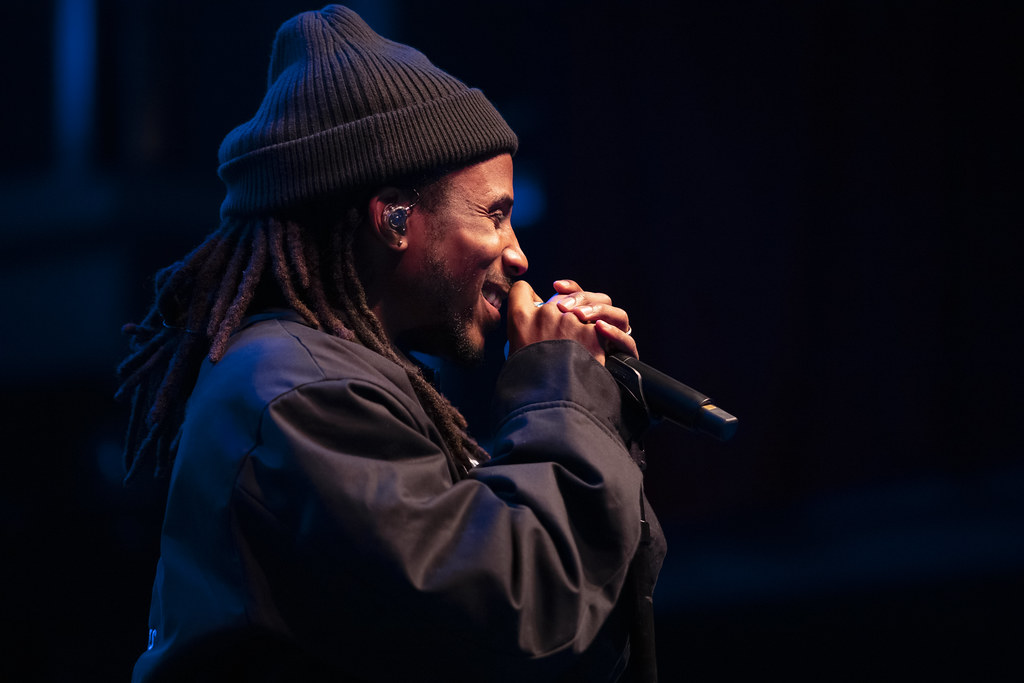 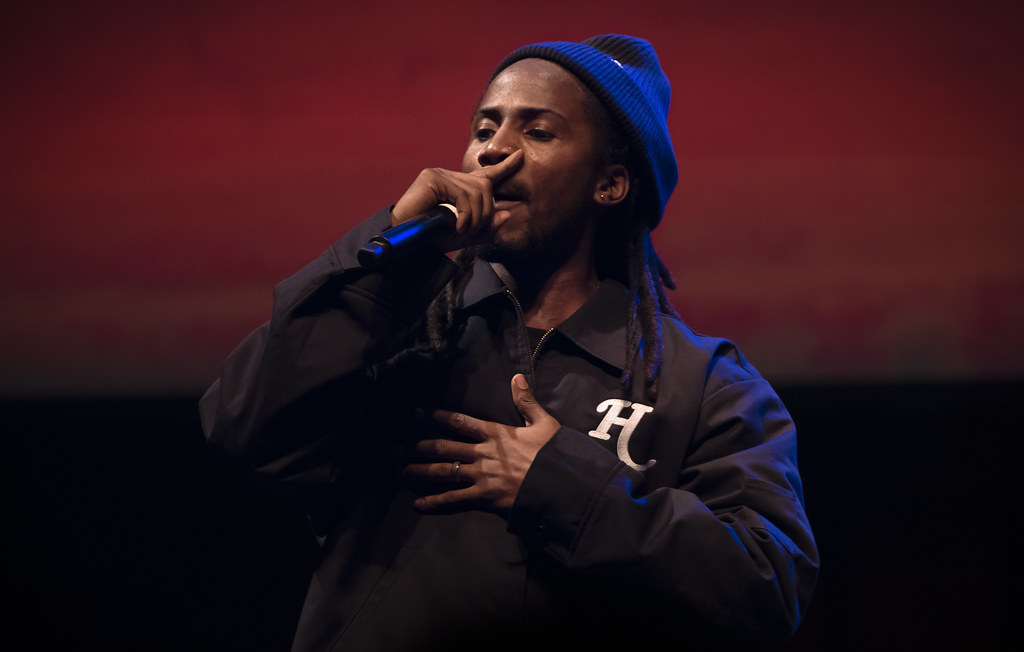