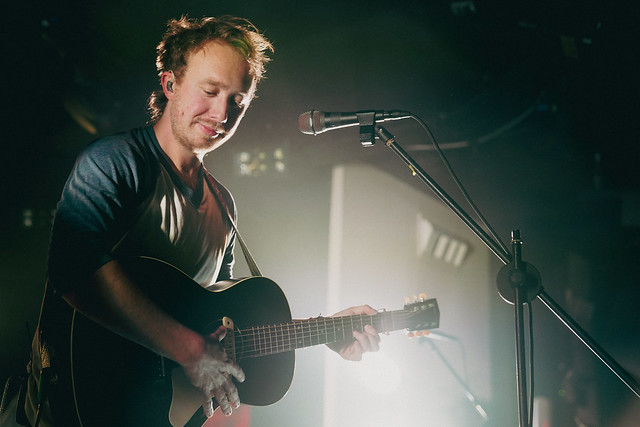 Maxim Rainer leads Wilderado in a performance at Union Stage on March 10, 2022. (Photo by Casey Vock)

Remarkable is the manner in which a particular song or songs can springboard successful endeavors for today’s independent musicians.

Unquestionably, more music is being made than ever before in the history of the world, making it all that much more difficult for bands to draw devout listeners and build a following that offers promise and a good reason to keep writing songs.

Wilderado, a spirited folk rock band originally hailing from Tulsa, Oklahoma, is a fascinating outfit that is consistently creating memorable, widely appealing tracks that have essentially exploded on streaming platforms. Industrious and with a moniker inspired by the tiniest of Texas communities, Wilderado has used its popular releases like strategic stepping stones and achieved a great deal for a group that is just now out on tour to promote its first full-length album.

That tour — almost entirely sold out — included a stop at Union Stage in DC the night of March 10 — Wilderado’s first headlining show in the nation’s capital and one played to a venue packed full of ardent ticketholders.

“How’s everyone doing? What’s up?” asked Maxim Rainer, the lead singer and one of the band’s several guitar players, his accent thick out of the gate. “My goodness, I don’t think we’ve ever played our own show in DC. We’re so grateful.”

Stream Wilderado’s self-titled full-length album, released in the fall of 2021, via Spotify:

Fans screamed at the top of their lungs through a set of stirring compositions that represent this band’s journey from just a group of guys casually drafting songs to a nationally touring act playing to huge crowds at festivals like Austin City Limits and opening for names like Lindsey Buckingham and Band of Horses.

During college, Maxim met up with guitarist and Texas native Tyler Wimpee, and after writing songs for a vehicle they dubbed Bird Dog, they decided to take it to the next level and not long after moved to LA, where they met up with friends from Tulsa and Dallas.

Together, they wrote songs in an isolated area near Malibu, and those songs would go on to comprise two 2016 Wilderado EPs, Misty Shrub and Latigo, which garnered millions of streams on the back of the winsome and potent “Rubble to Rubble” and significantly boosted the band’s profile. In 2018, the group released its third EP, Favors, four tracks that have been since re-released in acoustic fashion.

Demonstrating a consistent but expanding alternative sound and a voice coming into its own — Maxim is said to prefer writing lyrics in isolation — Wilderado dropped the single “Surefire” in 2019, which has become one of its signature songs, also released as a piano-centric version already streamed millions of times.

With a little love from Sirius XM — the giant platform called “Surefire” one of its “5 Songs You Need to Hear Right Now” — Wilderado continued to flourish leading up to the pandemic, a period it wisely used to record its self-titled album with the help of several experienced producers.

Riding the well-received October 2021 release and some key tune placements, like in the film “Tully,” this is a band that took the stage last week primed to celebrate its allure and its sound, which at Union Stage was emphatic, impassioned and vivacious.

For as much comfort or escape Wilderado songs likely provide in solace, they translate to surprisingly vivid, provocative live performances, Rainer’s honest voice assuming control of the room as the bookends to quixotic, ascending instrumental sections. Three songs off the eponymous began the night and resonated as thoughtful and lilting, roaring and telling. Backed by its long-time drummer Justin Kila, bass player David Arthur Stimson and with the addition of multi-instrumentalist Jack Malonis of Duncan Fellows, the band packed a punch as it lifted off behind Maxwell, who stood stoic at the mic for much of his presentation.

“Mr. Major,” released as a single leading up to the album debut, brought the room together in chorus before tracks like “The Worst of It” and “Outside My Head” showed this band’s sonic dimensions to be widening, with a garage-band grunginess giving a lasting appeal to its mid-continental twang.

Three briny pieces from the Favors EP closed out the set, and, as hoped by the audience, the encore brought compelling, fruitful takes on “Surefire” and “Rubble to Rubble.”

“We’ve been doing this song to close out each show,” Maxim said before the finale. “Takes it all back to where this band started, on a porch … me talking about possibly knocking up my wife.”

Though he tried to make light of it, Rainer’s expression revealed the gravity of the moment for him and his mates — and through the response of the crowd, it became evident just how much Wilderado’s music is already embraced — and that goes for many listeners who didn’t even know the band name until after becoming hooked.

“It’s impossible not to like those songs,” one young, wide-eyed attendee blurted immediately following the show at Union Stage.

Another attendee shared that Wilderado’s music recalls a special trip he took with his wife: “There’s a song of theirs that reminds me of day my wife and I had together. We went on this amazing hike. … My wife listens to them every day.”

Adeptly managing a quick rise to fame, and built on a foundation of friendships, Wilderado seems beyond its years and its fans — as they are quick to tell you — can’t get enough of what has been offered thus far.

Here are images of Wilderado performing at Union Stage the night of March 10, 2022. All photos copyright and courtesy of Casey Vock. 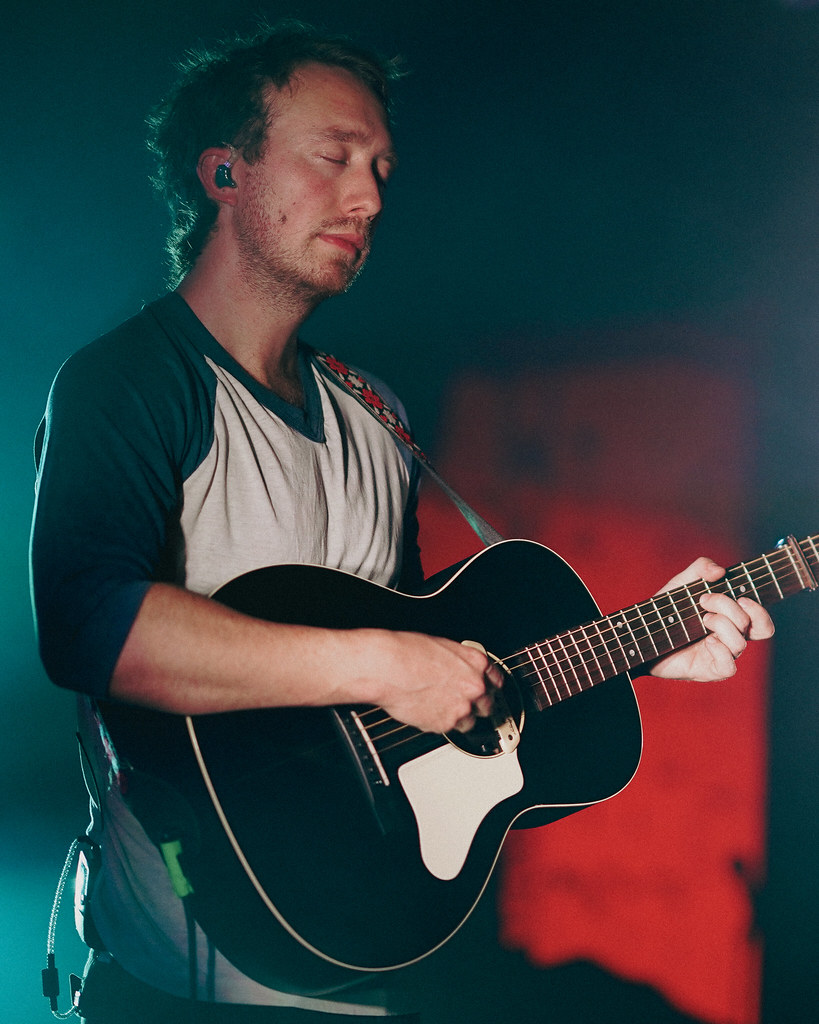 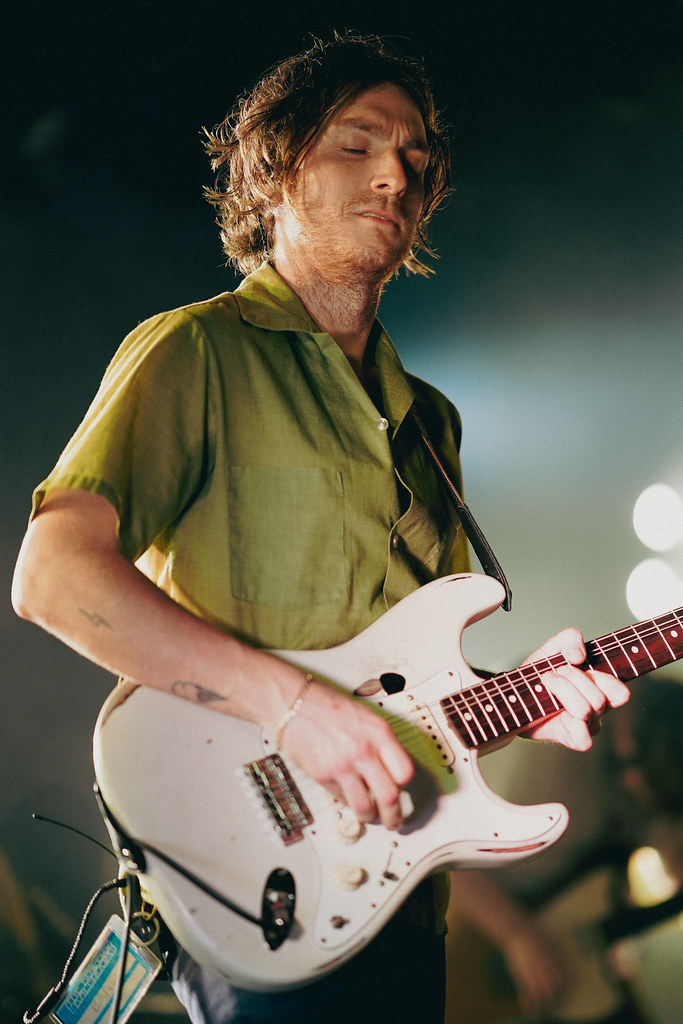 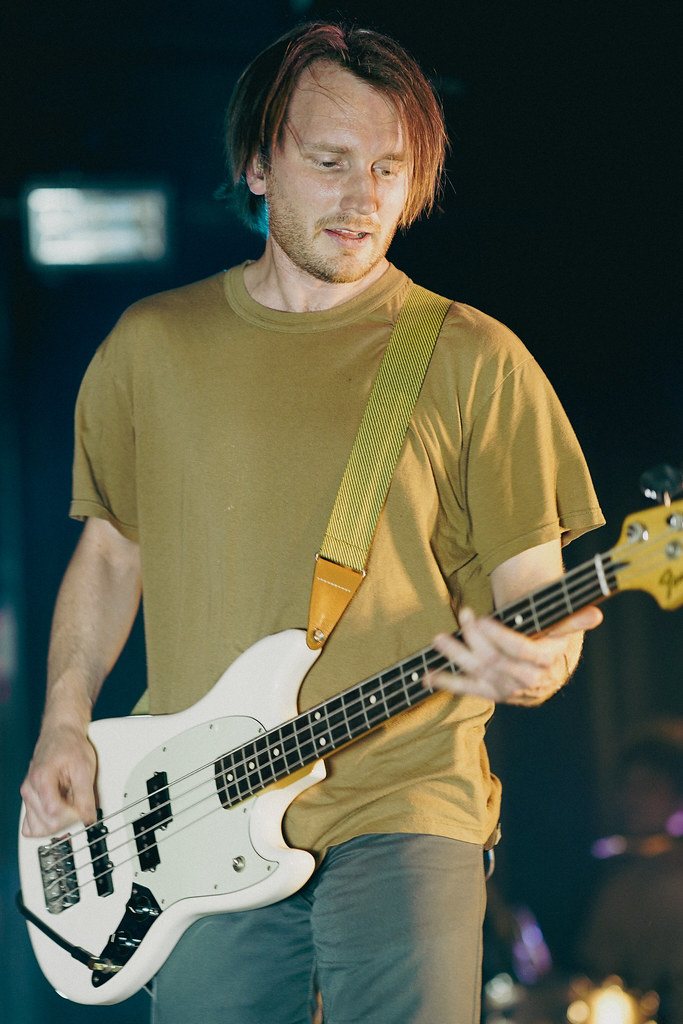 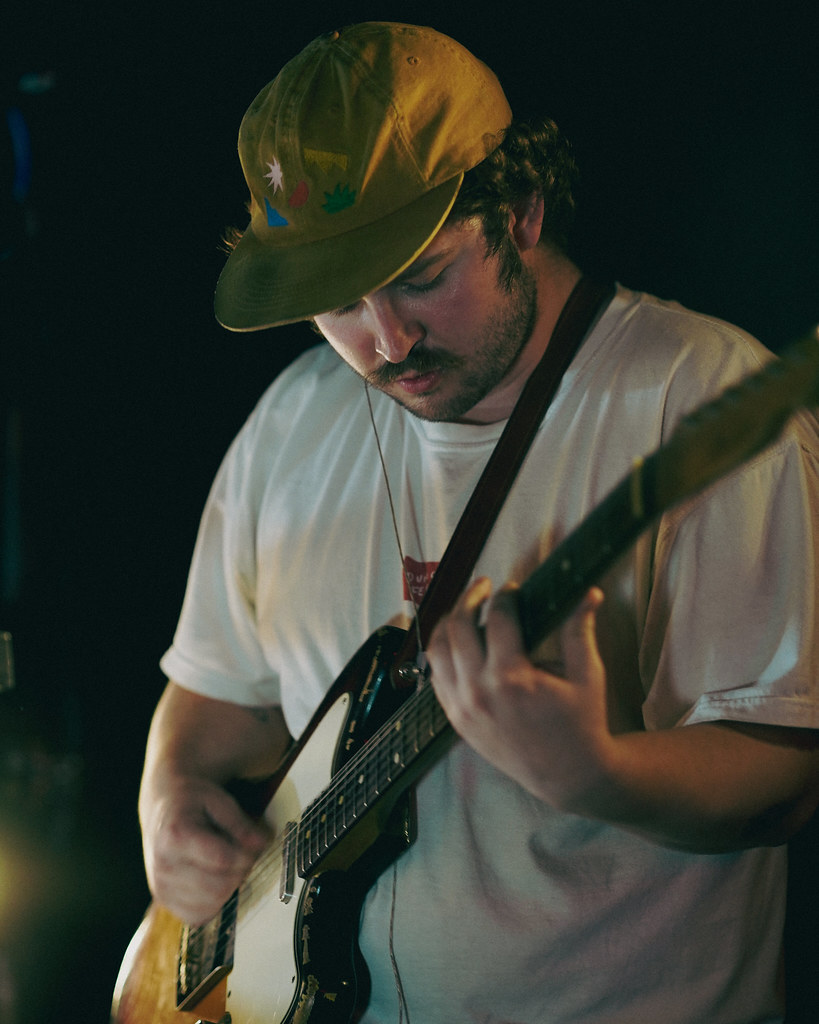 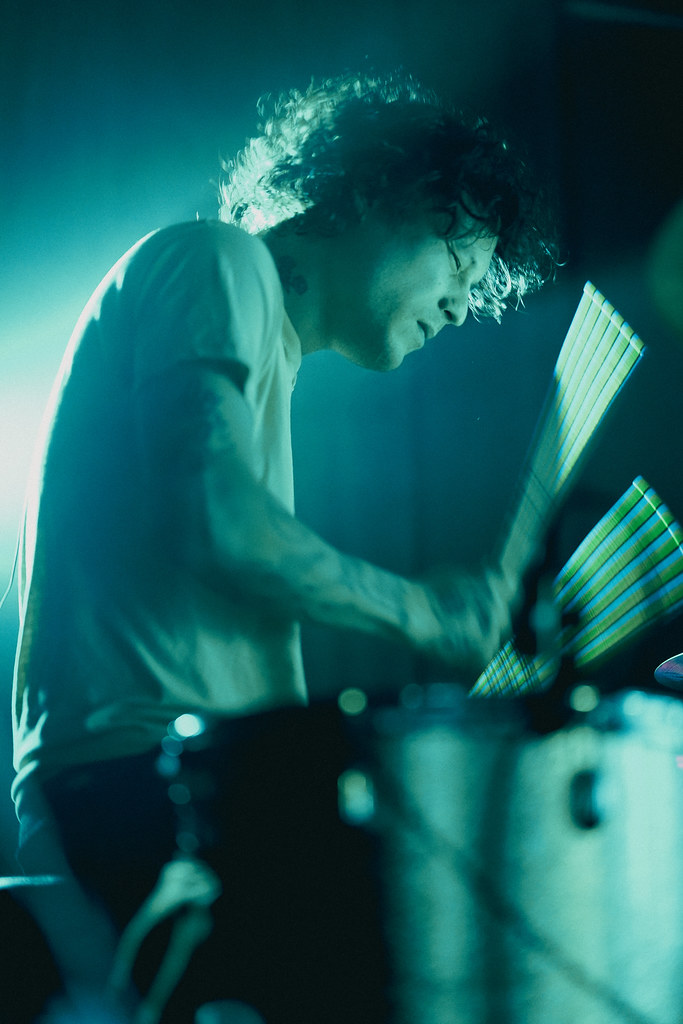 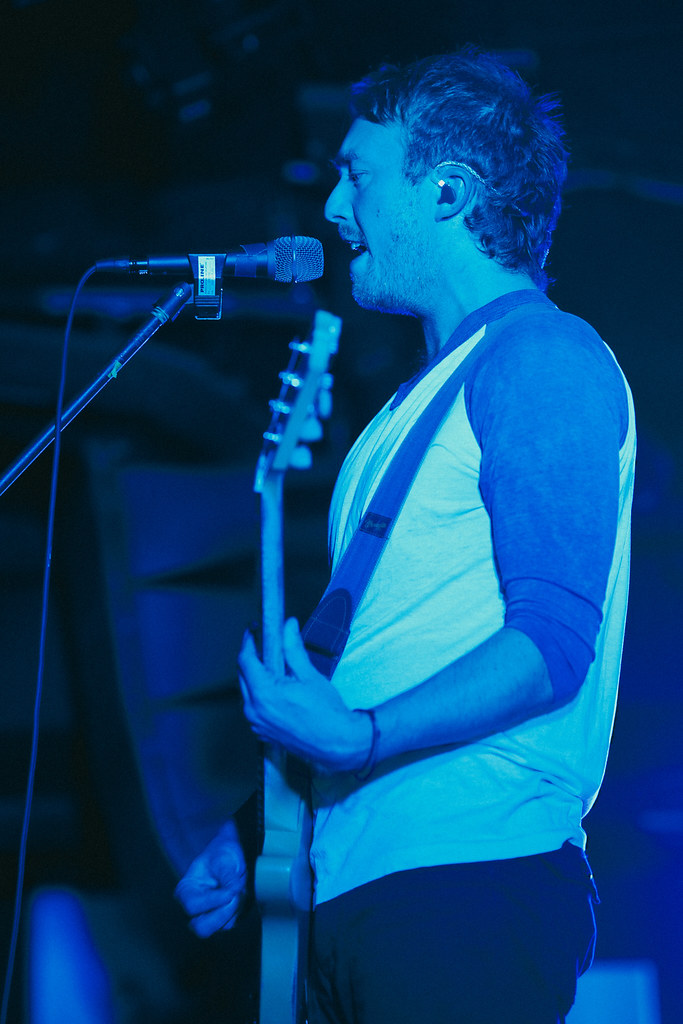 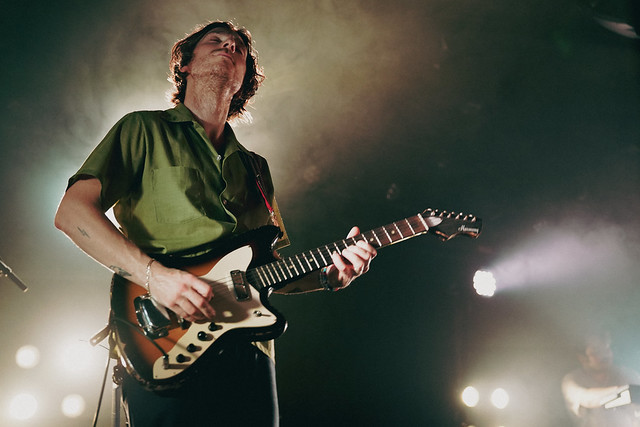 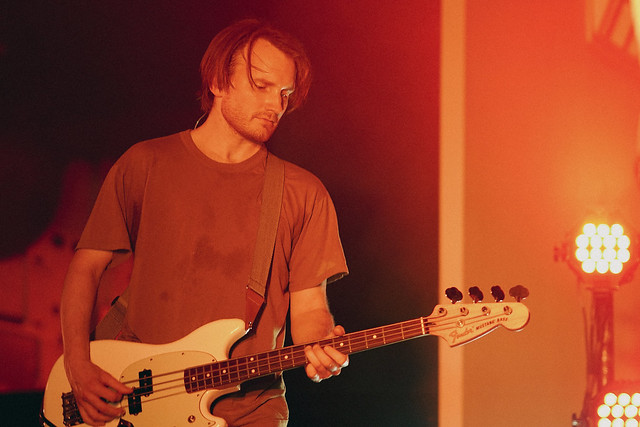 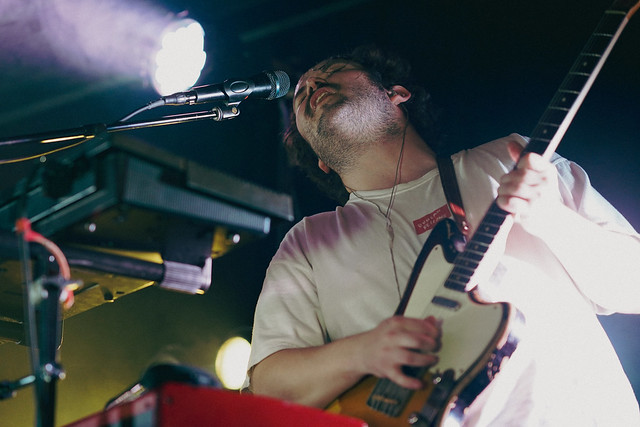 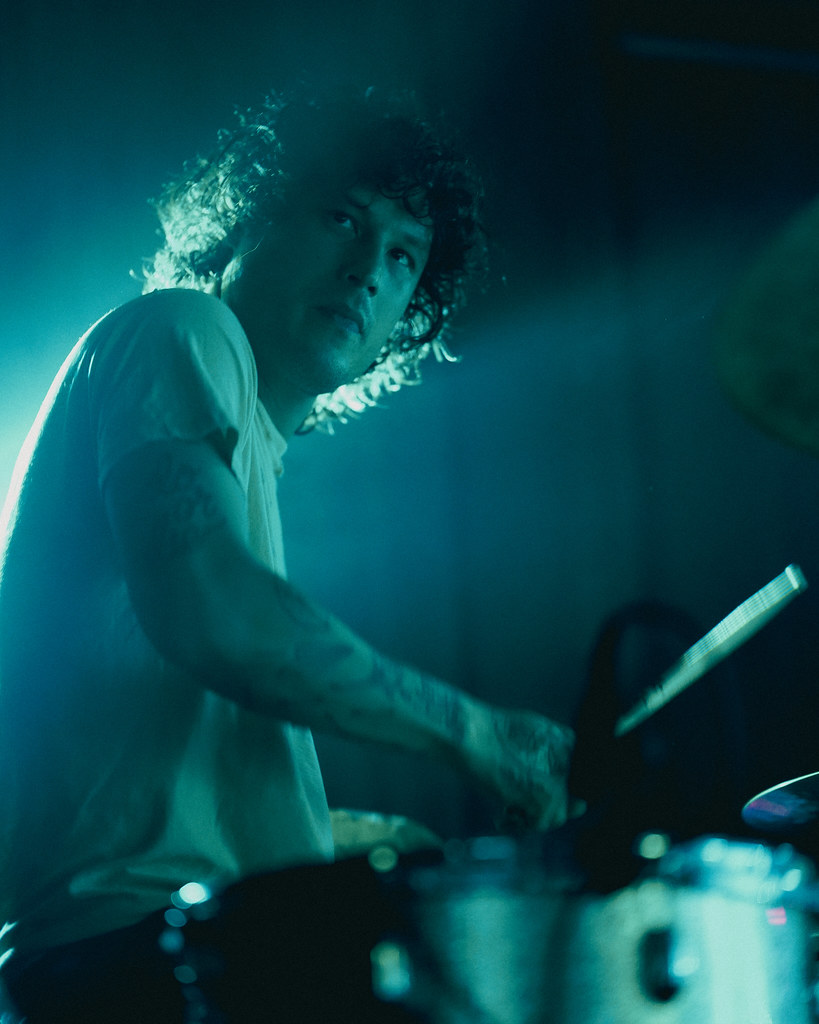 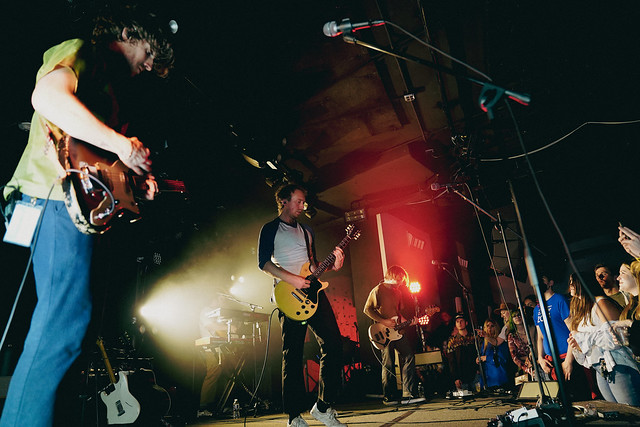 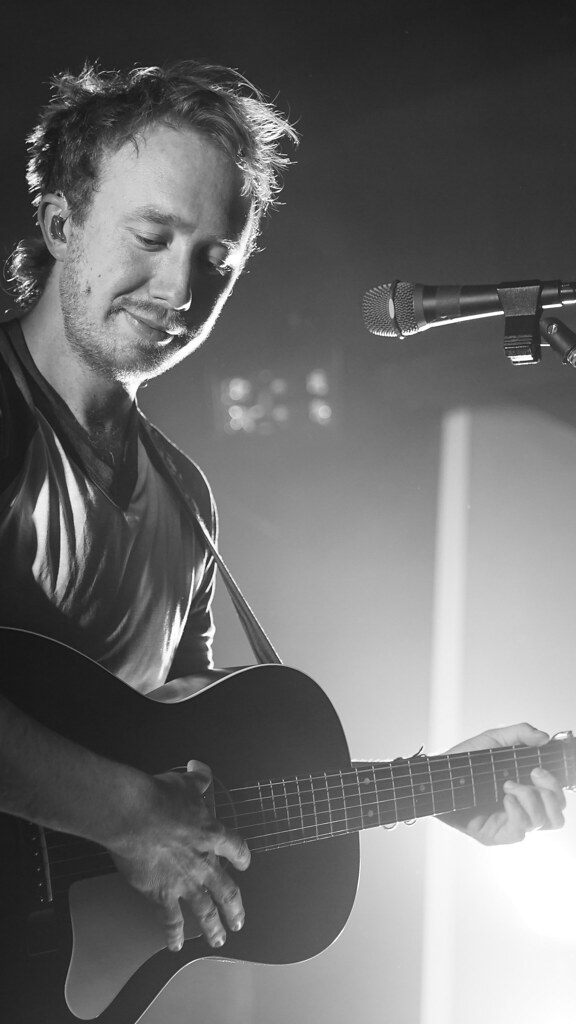 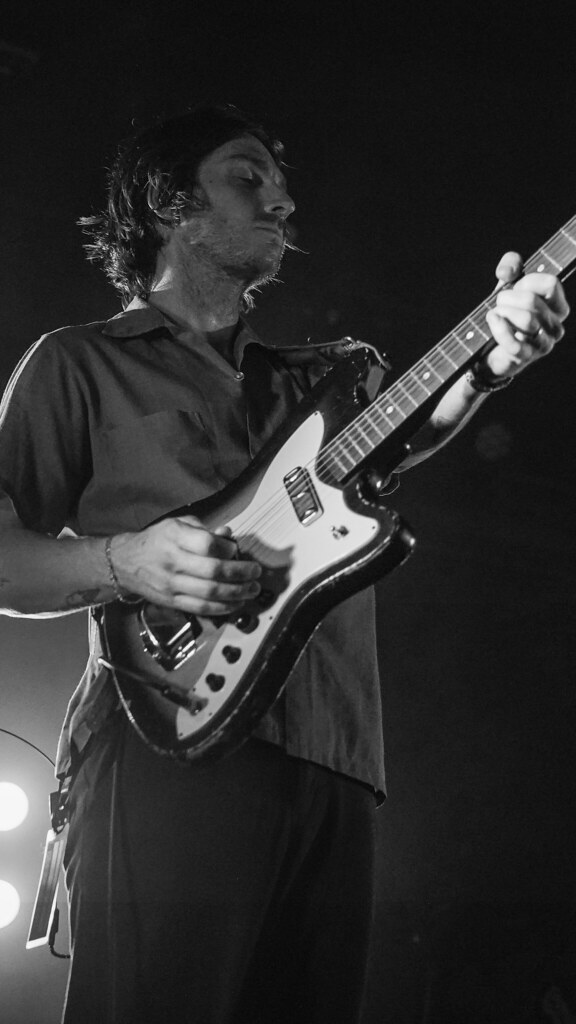 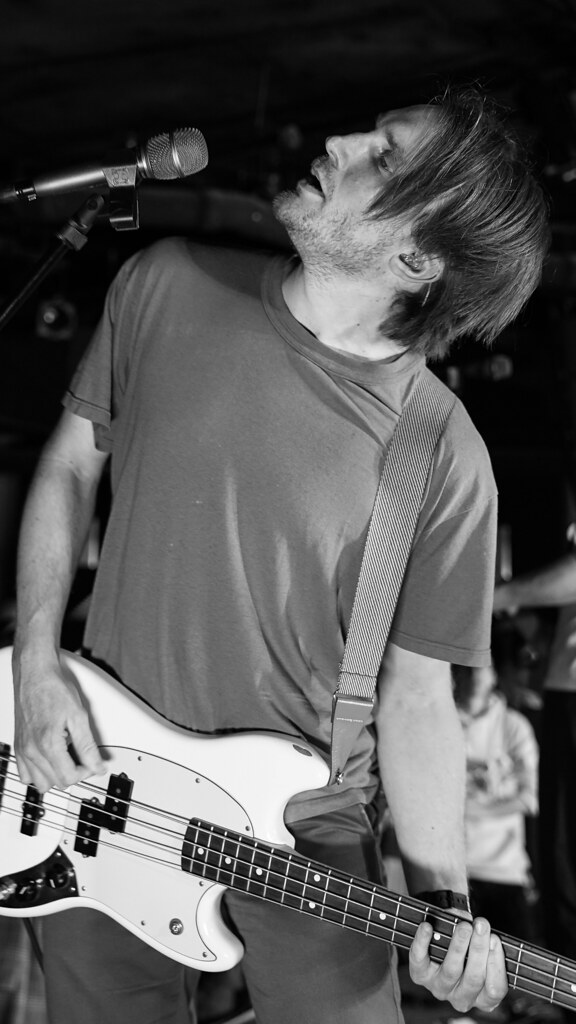 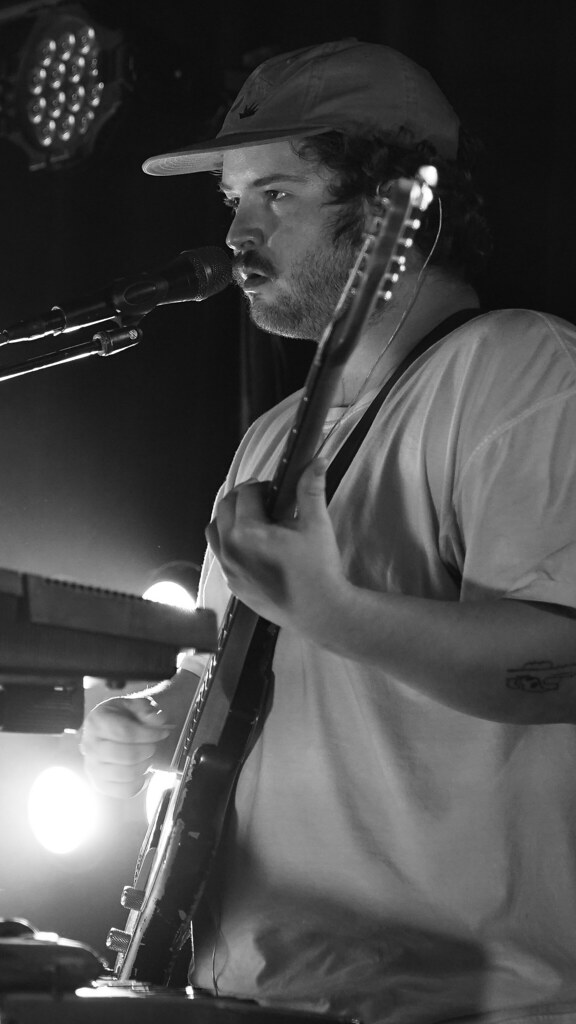 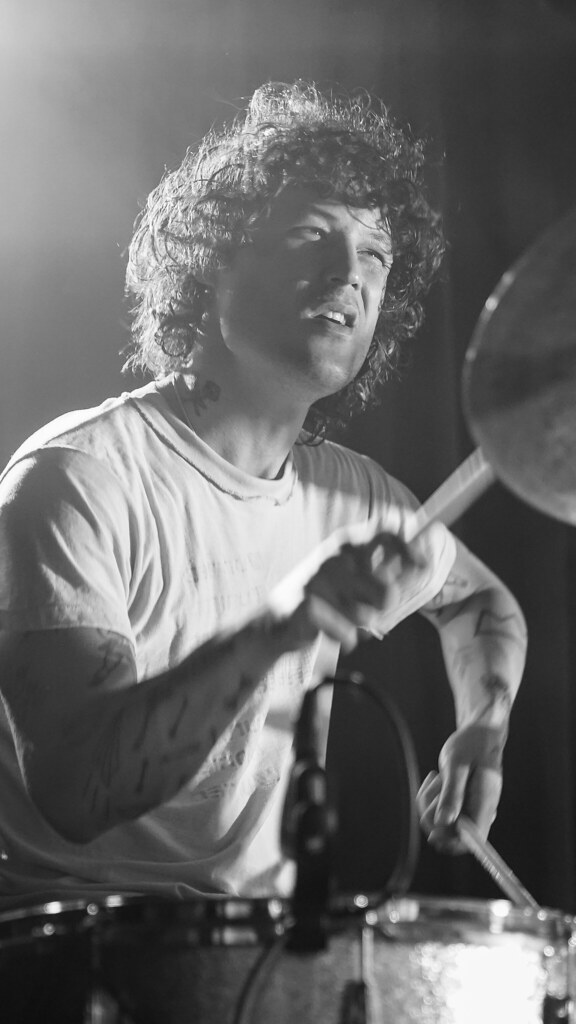 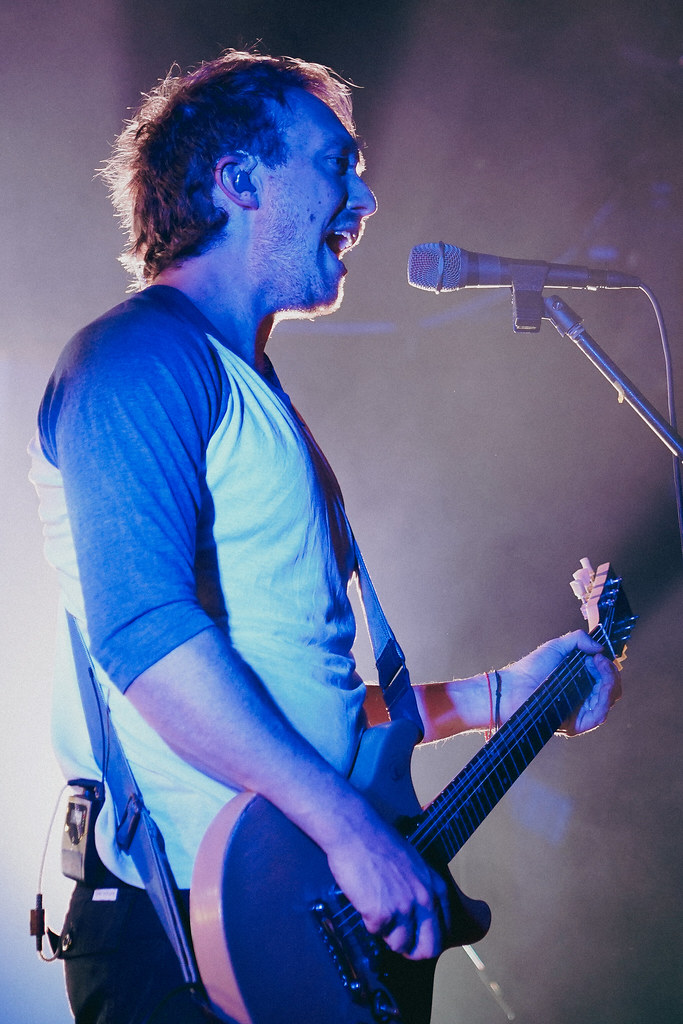 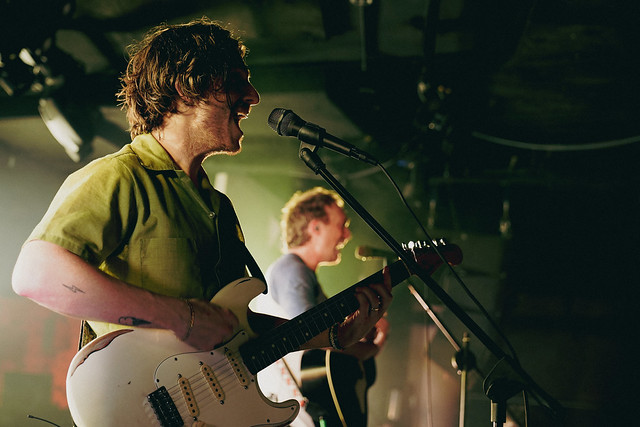 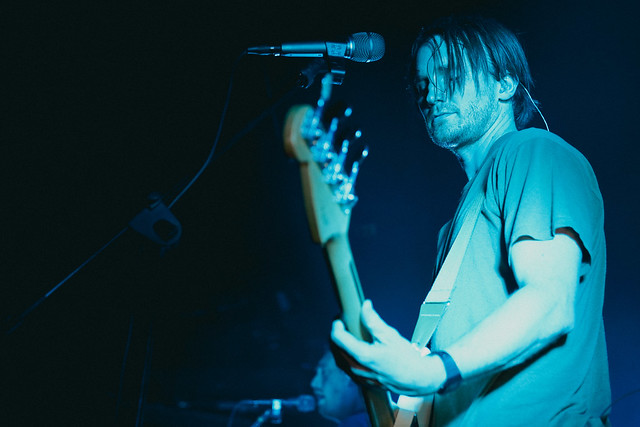 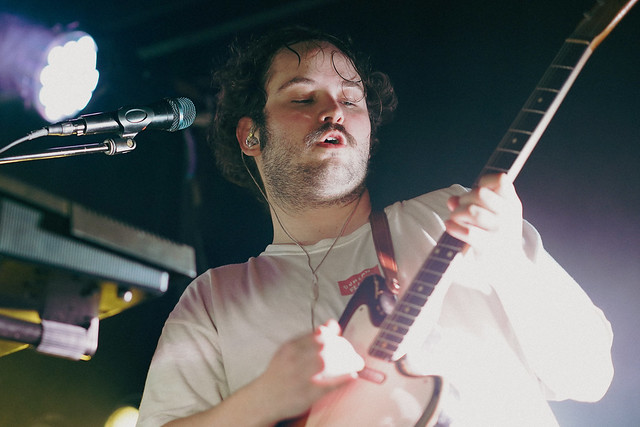 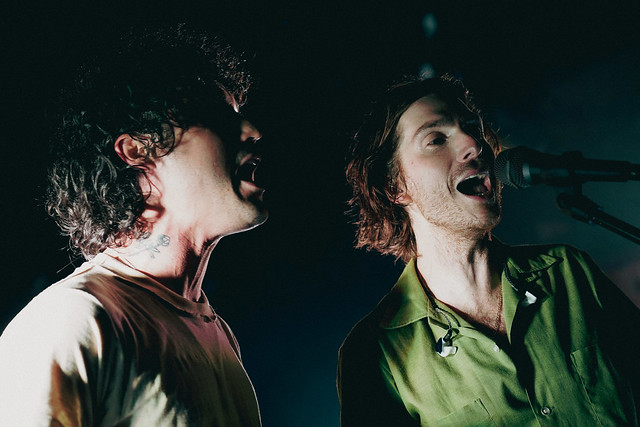 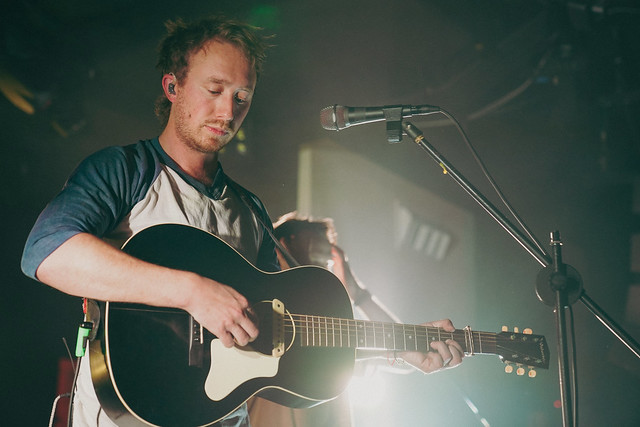 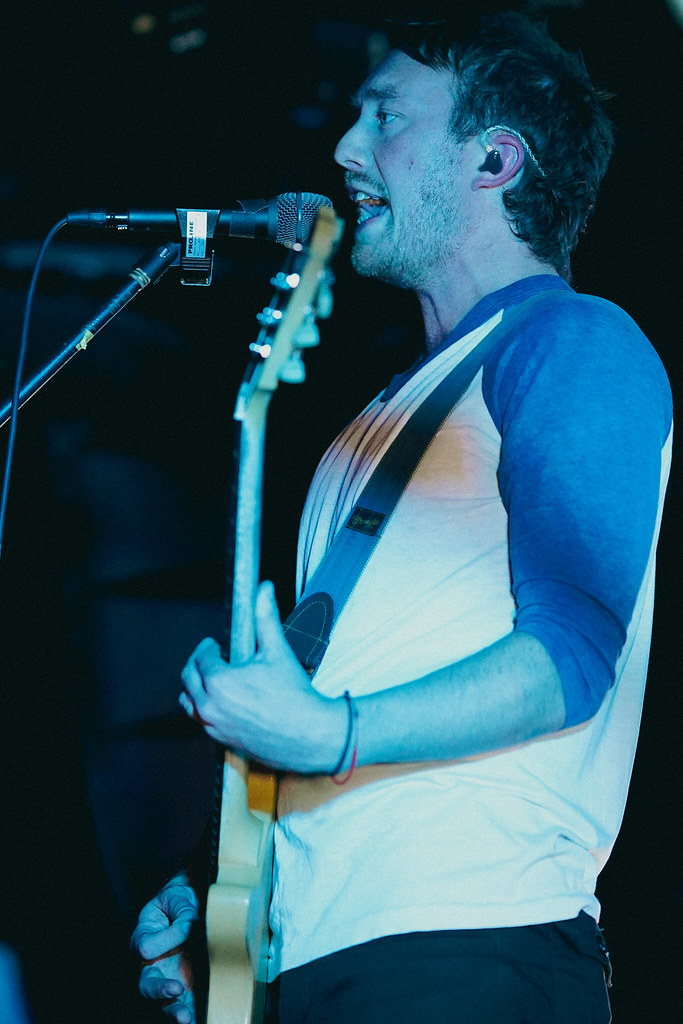 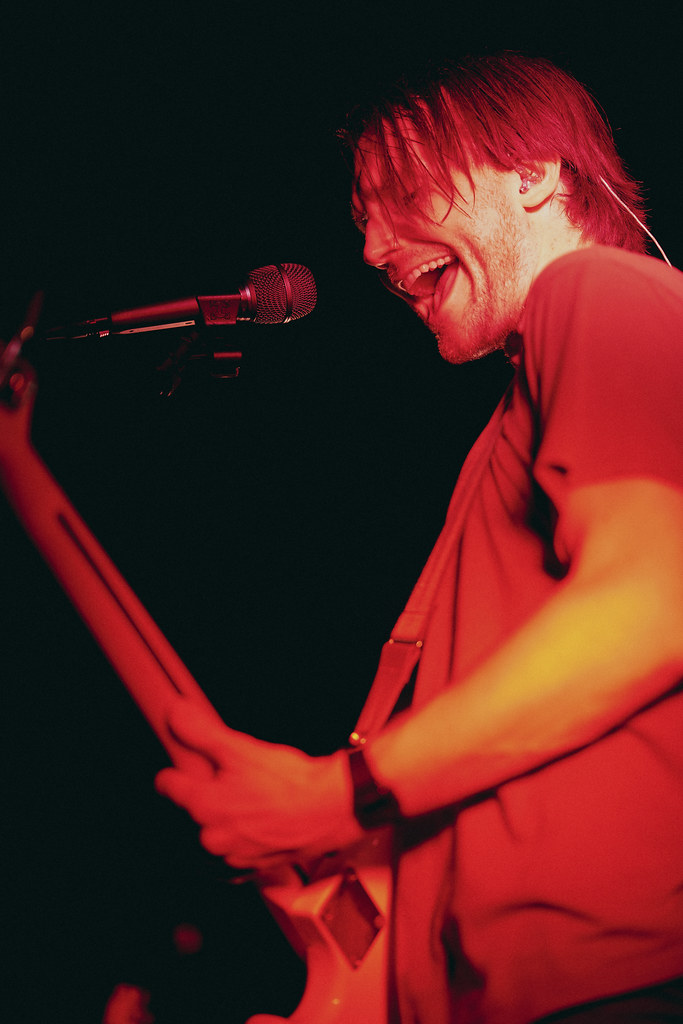 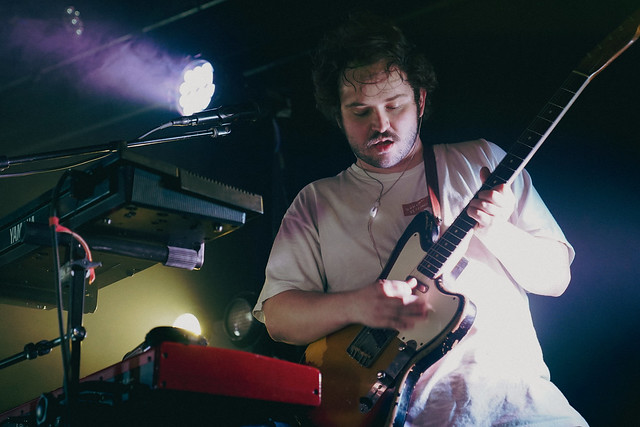 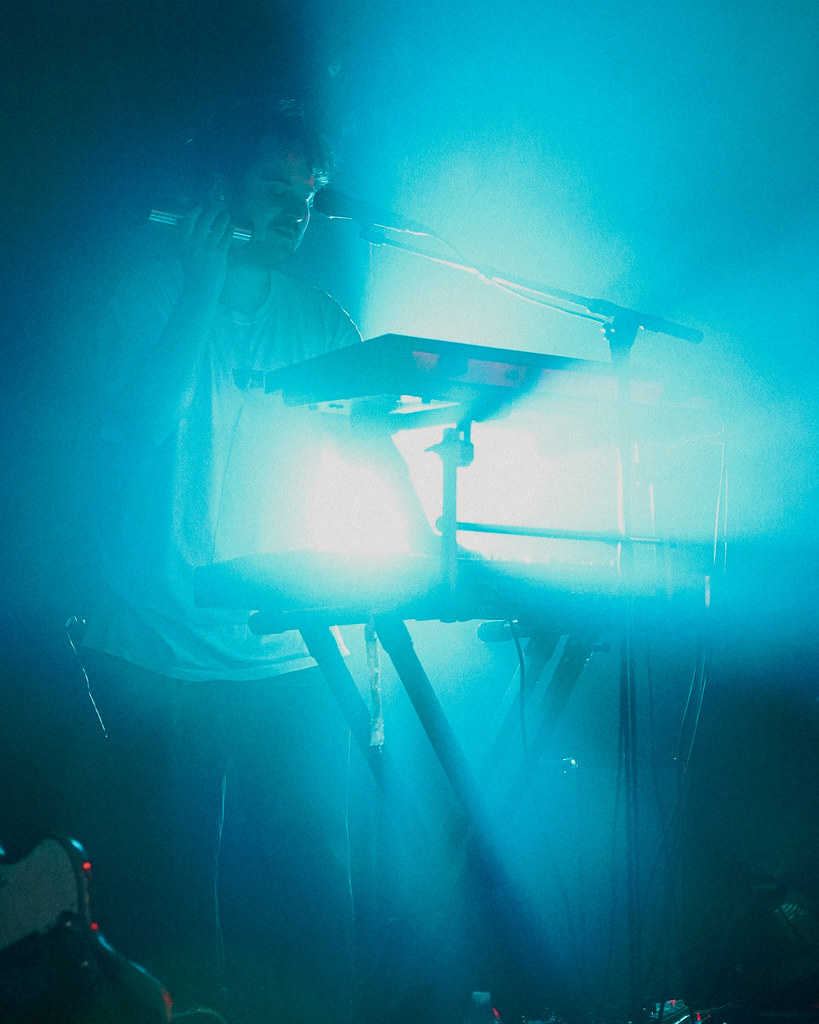 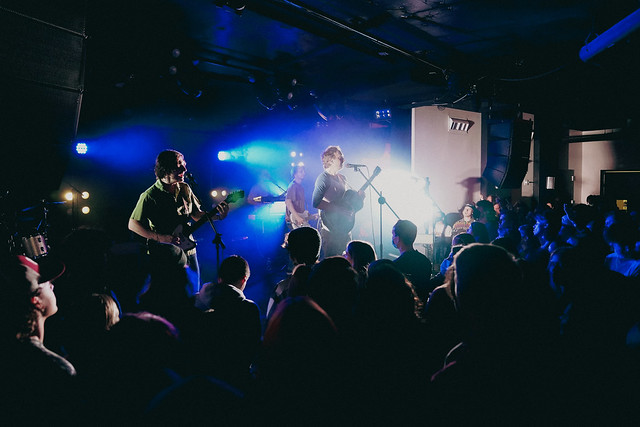