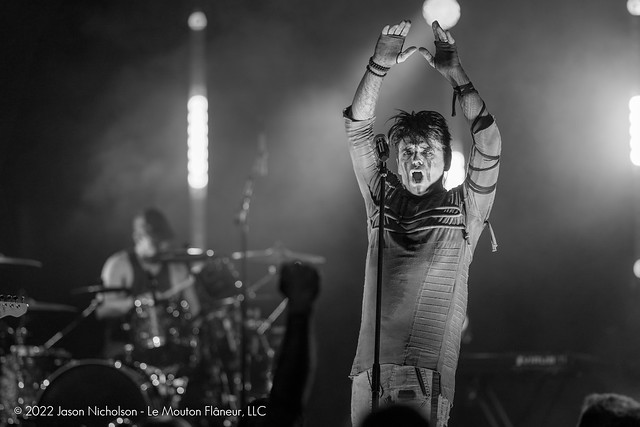 Gary Numan performs at the Lincoln Theatre in DC on March 15, 2022. (Photos by Jason Nicholson; Words by Mickey McCarter)

You can be forgiven if you think of Gary Numan as “merely” a musician, and maybe even forgiven if you associate him only with his ’80s-era hit songs. But in truth, Gary transcends those qualifiers. He is a true *performer* in every sense of the word, giving his body and mind over to vigorous and unflagging achievement every night he takes the stage.

He held a very robust audience in his thrall with that commitment to performance at the Lincoln Theatre in DC recently, and in so doing drew a very straight line from the man he is today to the youth he was in the late ’70s when he took the United Kingdom by storm.

During pandemic lockdowns last year, the prolific Mr. Numan released Intruder, his 21st studio album, via BMG and The End. And it was nominally a tour in support of that effort that brought Gary to the Lincoln Theatre on March 15. There, the show wasn’t about the fact that Gary had a new album to feature. It was instead an opportunity for Gary Numan to come alive — to pour his heart and soul into his body and to extend that energy into his eager audience. And to do so with the full power of his evocative and unmistakable voice.

Over the course of 18 sonic landscapes — how else to describe a Numan song? — Gary performed only a few Intruder songs, including the title track, which started the show. As the rumbling growl of the song filled the air, Gary waited in the wings before taking the microphone and stretching himself at the front of the stage as if to soar on the rolling soundwaves of the tune.

Watch the official music video for “Intruder” by Gary Numan on YouTube:

And then Gary did something rather quite expected for him these days: He picked up a track from his Machine series of albums — 1979’s Replicas, the same year’s The Pleasure Principle, and 1980’s Telekon (the songs of which actually were absent this tour). Such selections made a lot of sense as Gary effortlessly dug into the root of those early tunes and unearthed the connections between them and his latest numbers, achieving a career continuity that would please any admirer on the face of it while also forging a deeper connection with those of us like myself, who have been enjoying his music since the dawn of MTV.

And so through the first two-thirds of the show, Gary sprinkled concert staples “Metal,” “Films,” “Down in the Park,” and “Cars” into the set with great effect. Gary sang “Metal” for the second song of the set, and it was absolutely thrilling. He sounded great. And although he was dressed in the drab “Tusken Raider” customing of his current album cycle, he moved his hips, strutted around with the microphone stand, and waved his hands with the stylings and panache of an experienced disco star.

Of course, “Metal” hails from Gary’s extraordinary album The Pleasure Principle, as does the radio stalwart “Cars.” I love how “Cars” is quite pop yet also so much Numan today. Not only do the themes of isolation and anxiety pervade Numan’s modern output, but Gary and his band were able to lead into the jagged edges of “Cars” to seamlessly inject it into the show. With “Cars,” Gary also demonstrated his incredible versatility with “Cars,” retreating to the rear of the stage to jam on the awaiting synthesizer positioned there for him.

Watch Gary Numan perform “Cars” live a the Brixton Academy from his 2018 tour on YouTube:

Throughout the show, Gary also cradled his prized Gibson Les Paul, famously purchased for him by his father (and former manager), and which has seen action throughout this entire career.

Throughout the show, Gary surfaced quite a few songs from Savage: Songs from a Broken World, his well-received 2017 record. Barreling toward the end of the set, he played “My Name Is Ruin,” the most widely embraced selection from the album, as one of five tracks from Savage. Gary danced and writhed in time with the music, indefatigable and unfaltering to melodies with a vaguely Middle Eastern flavor.

As one of two songs in the encore, Gary showcased “Are Friends Electric?,” the 1979 single that still totally captures his power — a futurist tune that rides the new wave and the industrial material yet to come. As a UK No. 1 on the vanguard of its time, the song broke a lot of ground and paved the way for many other artists. The exploding brilliance of the song sailed into gripping spoken word verses such as “So now I’m alone/ Now I can think for myself/ About little deals/ And issues/ And things that I just don’t understand.” And we the collected house felt every drop of the longing in those words.

Yes, you can be forgiven for still associating Gary with only those early groundbreaking tunes. But it would be hard to forgive you if you knowingly pass up the unparalleled opportunity to see Gary Numan live on tour near you.

Should you still need some convincing, witness for yourself the passion on Gary’s distinguished face. Here are some photos of Gary Numan performing at the Lincoln Theatre on March 15, 2022. All photos copyright and courtesy of Jason Nicholson. 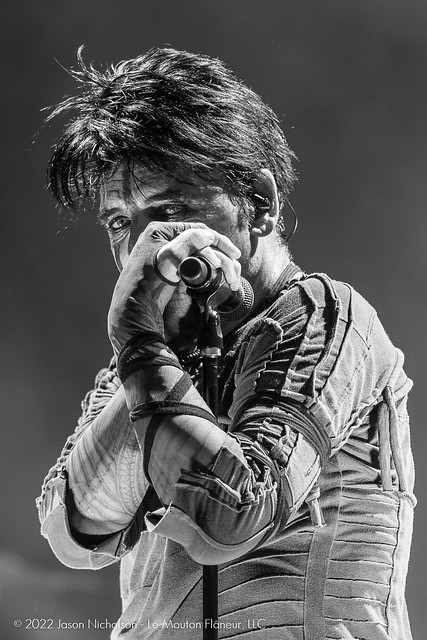 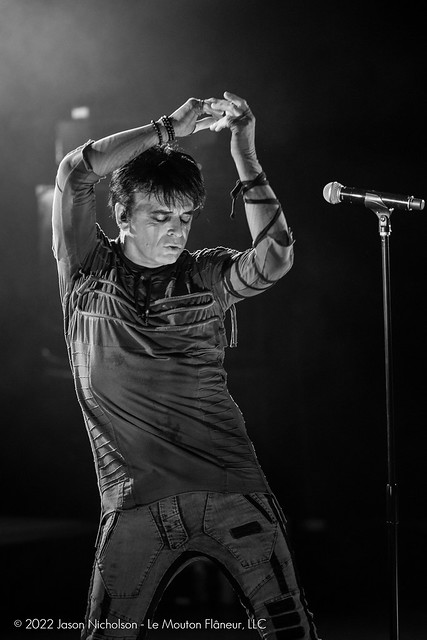 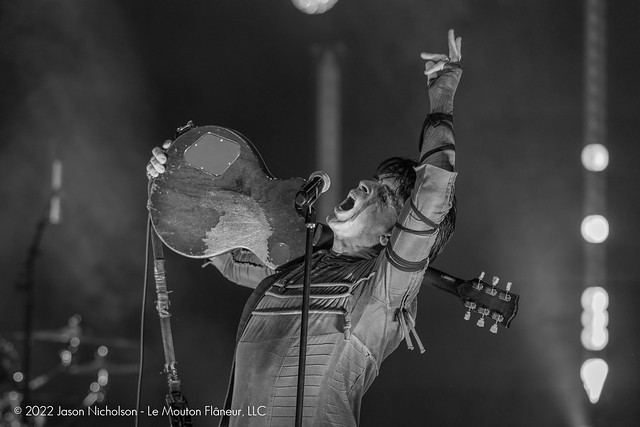 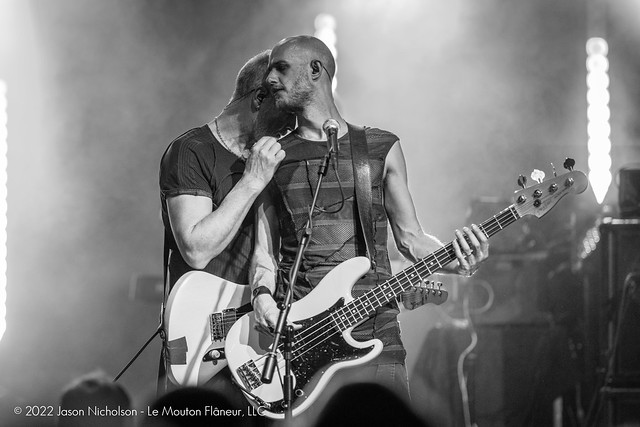 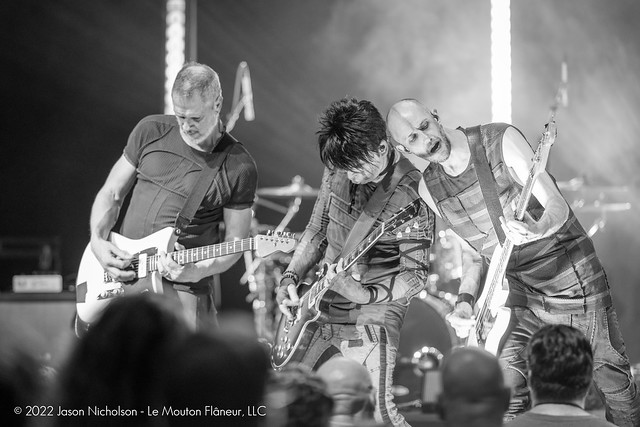 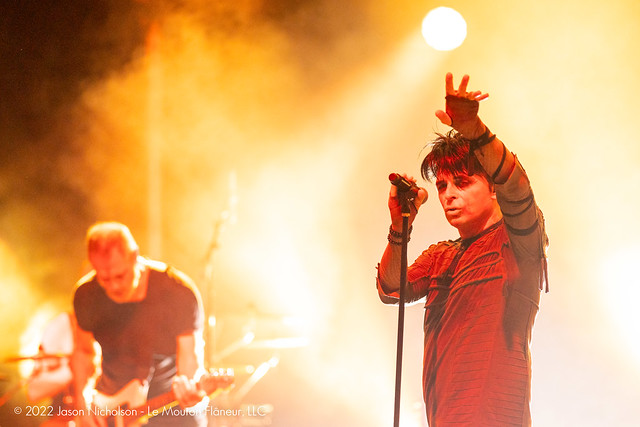 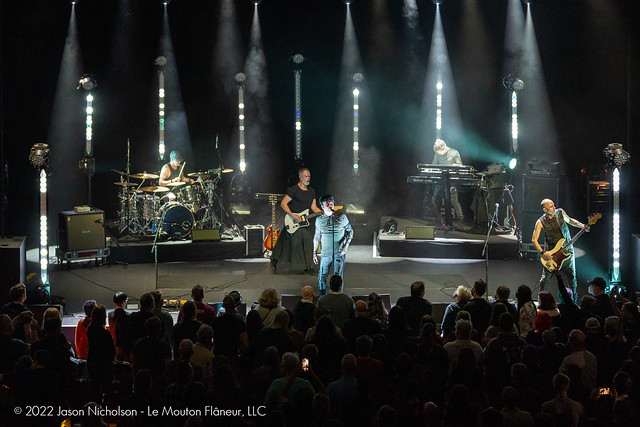 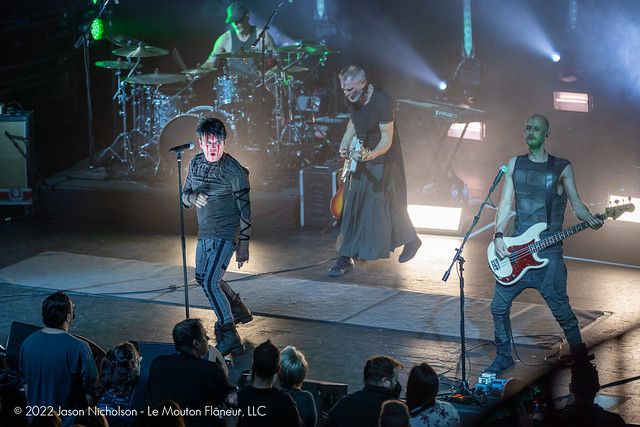 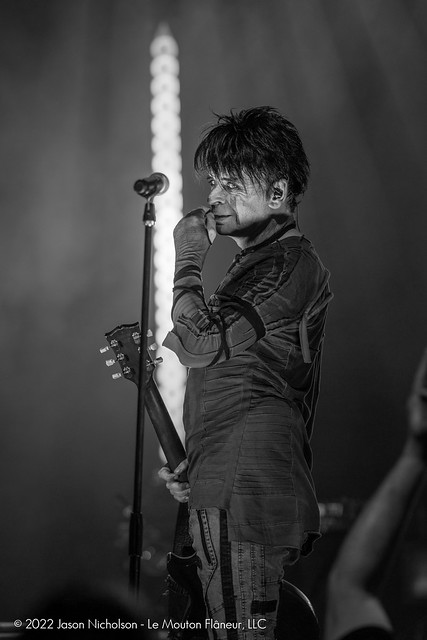 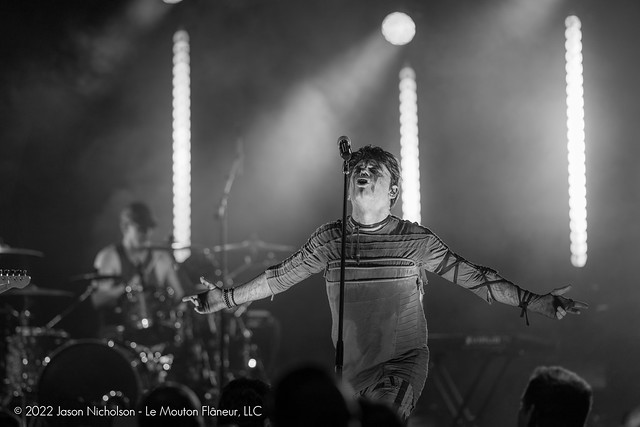 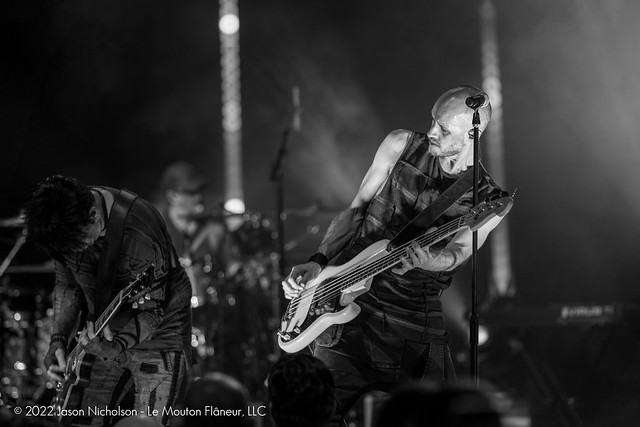 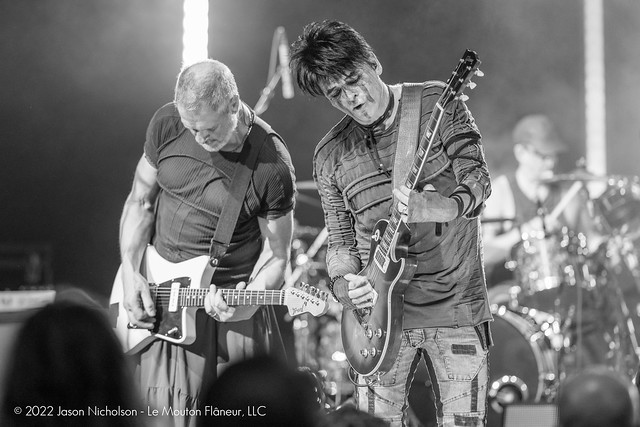 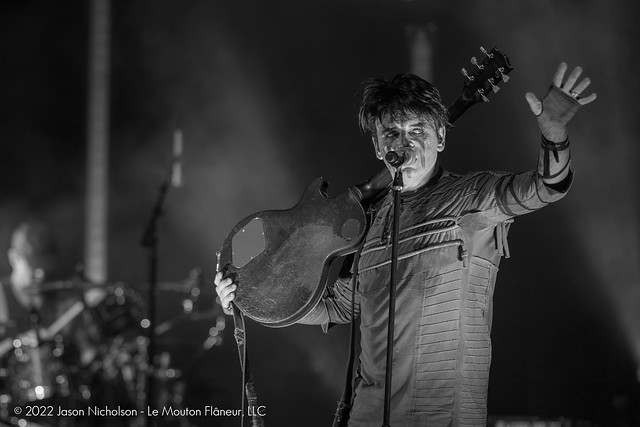 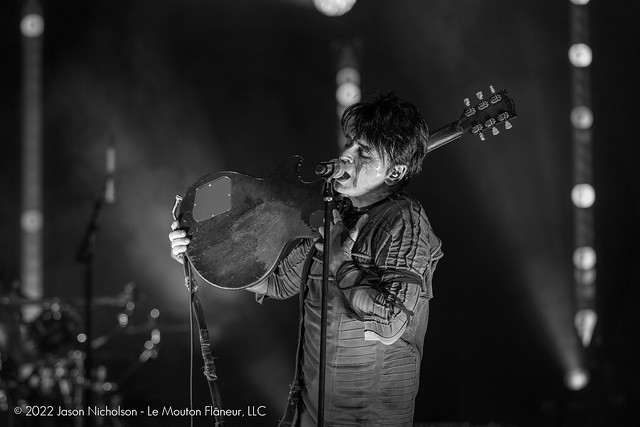 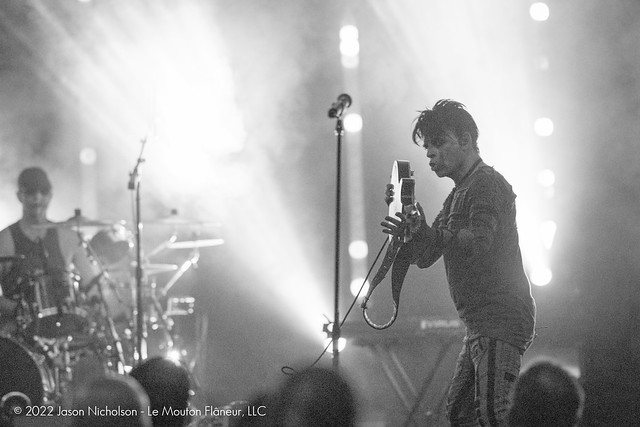 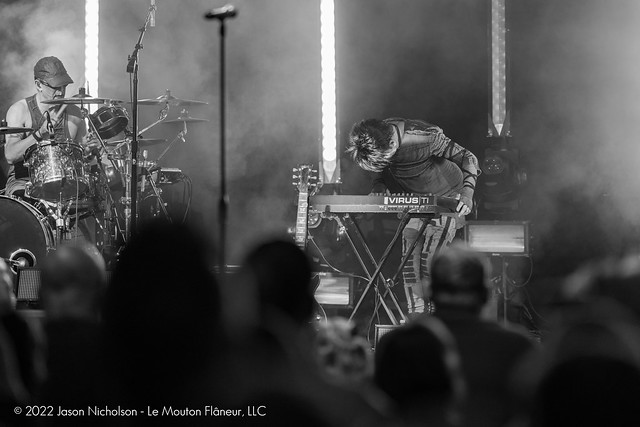 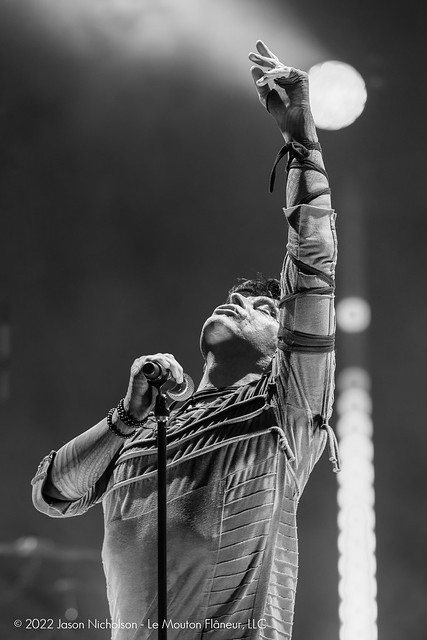 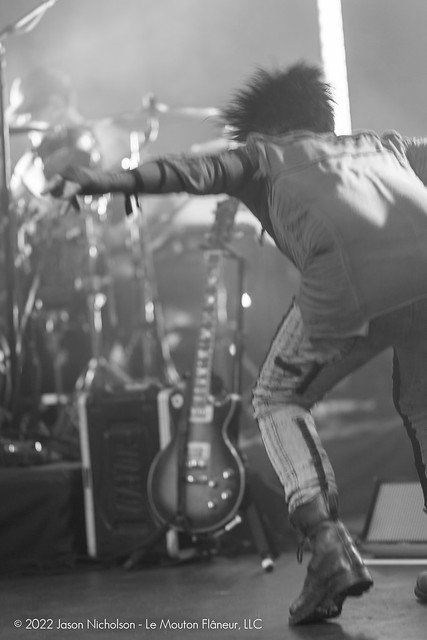 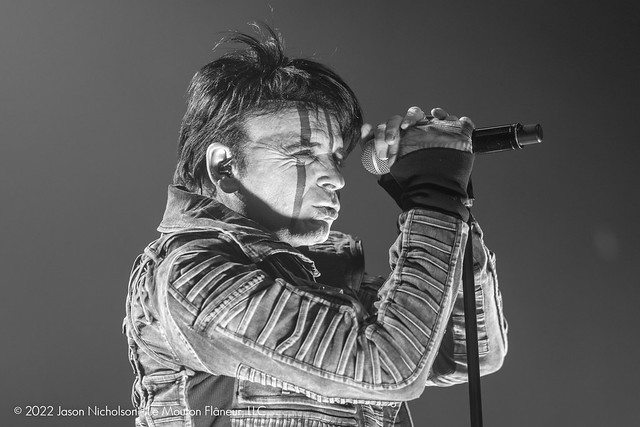 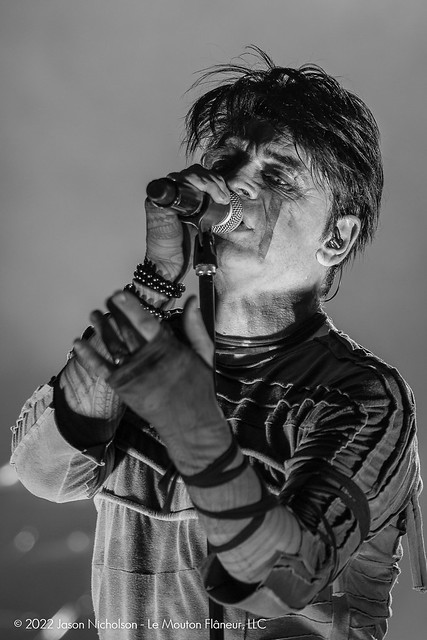