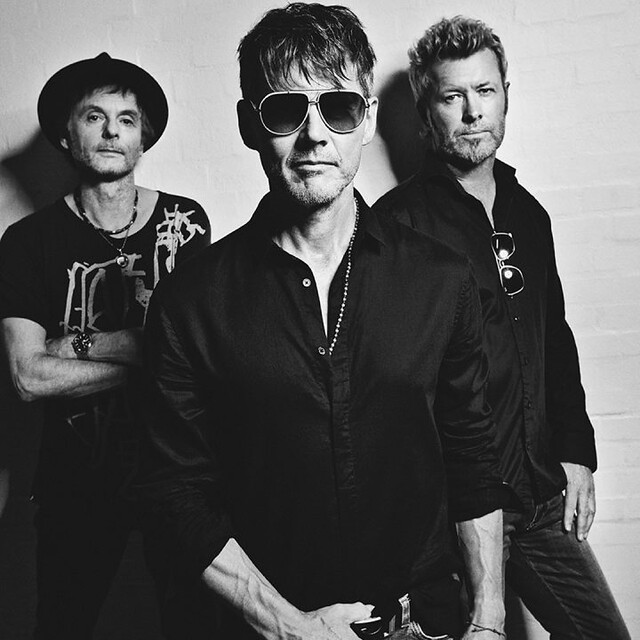 Norwegian trio a-ha play some rare US concert dates over the next week — including a date at Radio City Music Hall on Tuesday, April 12. The legendary chart toppers sold out three nights in a row in Los Angeles, but there are still a handful of orchestra seats remaining for their sole New York City show!

On this tour, Magne Furuholmen, Morten Harket and Pål Waaktaar-Savoy play new and old, familiar and less-familiar songs. As part of the show, they play the 10 songs of Hunting High And Low in the running order of the original release.

“Recording Hunting High And Low was such a defining moment and an exciting time in our career and joint collaboration,” Magne said. “So revisiting this body of work now – more than 30 years later – feels like inspiration rather than obligation. I just need to dust off the old synths a little…”

Of course, in the meantime, smash single “Take On Me” broke one billion views on YouTube, then becoming the second most viewed video from the ’80s on YouTube and the No. 5 most-streamed track of the 20th Century.

Watch the official music video for “Take on Me” by a-ha (now in stunning 4k), which now has roughly 1.5 billion views, on YouTube:

Last month, a-ha hit the road for the first leg of the Hunting High and Low Tour, performing first in Latin America, after pausing their tour for two years due to the COVID-19 pandemic. The first leg of the tour started in Buenos Aires, where a-ha received an incredible welcome. Following Buenos Aires, the guys went on to Asunción, Paraguay; Santiago, Chile; and concluded this part of the Latin American tour in Mexico City, Mexico, on April 2. It was their first concert in Mexico, and Mexican fans made it a true celebration!

The band played 18 songs, including many classic hits and two new songs from the upcoming True North album.