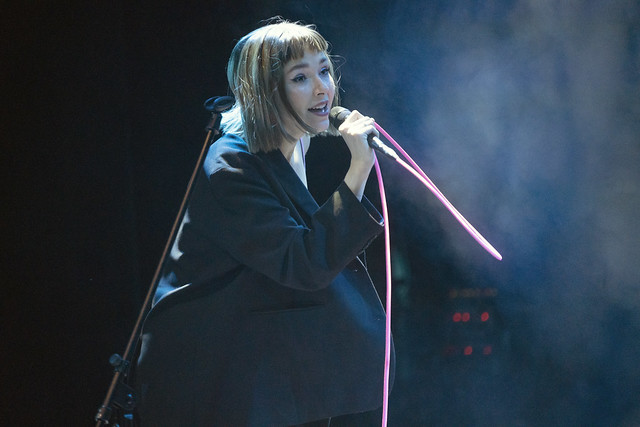 Lydia Night fronts The Regrettes at the Lincoln Theatre in DC on May 3, 2022. (Photo by Mickey McCarter)

The stage at DC’s Lincoln Theatre suited The Regrettes frontwoman Lydia Night just fine. She bounded across it and made herself at home, jumping up and down in her Converse All Star Chuck Taylors in a blur of guitar-driven motion.

Lydia’s bandmates were equally happy and cozy on stage — if not quite as frenetic — marking an early date on their US tour in support of Further Joy, The Regrettes’ third full-length studio album, released via Warner about a month ago.

The Regrettes, although very young, already have been doing this for a while, so they performed as seasoned professionals on May 3 at the Lincoln Theatre. Although the band formed in 2015, Lydia only recently turned 21, suggesting this band had a lot of time to go to a lot of places. The Regrettes have been visiting DC since at least 2017, and their audience have only grown in that time until now finding themselves with a loose and laidback crowd flowing through the Lincoln.

Along the way, Lydia always has radiated a breezy confidence, and the wide stage at Lincoln gave her room to shine. Never one to maintain the same look (outside of those trademark Chuck Taylors), Lydia seemingly took inspiration from Uma Thurman’s Mia Wallace in Pulp Fiction, her hair cut and colored in a similar bangs-and-bob style with an oversized jacket drapped over her shoulders for the first song or two.

As ever, Lydia broke out of her stylings to boom throughout the venue with a hot guitar, hair and fingers flying as she blew up like a wound spring upon release.

Further Joy dominated the setlist, with The Regrettes dedicated slightly under half their setlist to it. The band notably opened with the album’s “Anxieties (Out of Time)” and injected “You’re So Fucking Pretty” into the encore.

Watch the official music video for “You’re So Fucking Pretty” by The Regrettes on YouTube:

Guitarist and vocalist Lydia was joined by some very talented fellow musicians, equally young and quite effervescent! Lead guitarist Genessa Gariano has been in the band with Lydia since the beginning, and her coolness bolsters the punk cred of the garage quartet. Since 2018, The Regrettes also have consisted of Brooke Dickson, who slung bass and hit keyboards as required, and drummer Drew Thomsen, whose steely focus and impressive precision would be a boon to any band.

Together, the foursome’s exuberance proved irresistible, and they definitely charmed a very excited audience last week. The Regrettes truly unleashed their agency in a fun cover of Avril Lavigne’s “Girlfriend” at about one-third through the show, shouting and bopping along to the song’s well-known refrain. The young happy, chirpy concert-goers were pleased to sing along throughout the night.

Expect The Regrettes to return soon, and anticipate that they’ll continue capturing even bigger, well-deserved audiences each time they come back.

Here are some photos of The Regrettes performing at the Lincoln Theatre in DC on May 3, 2022. All pictures copyright Parklife DC. 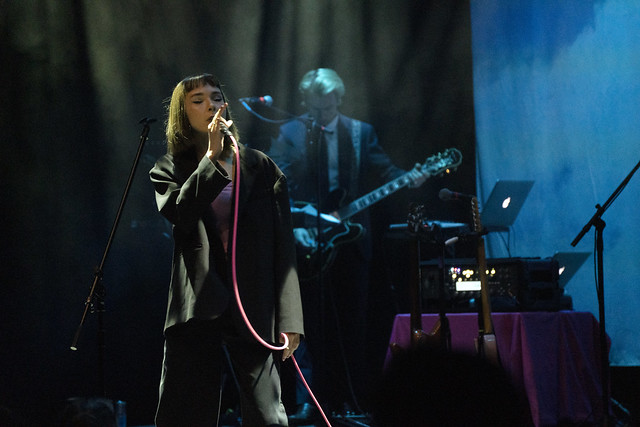 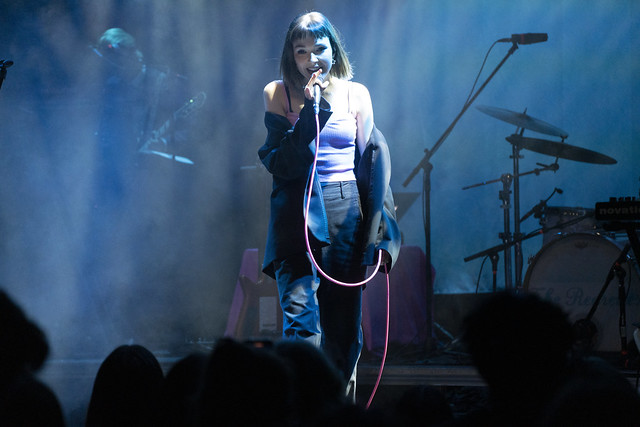 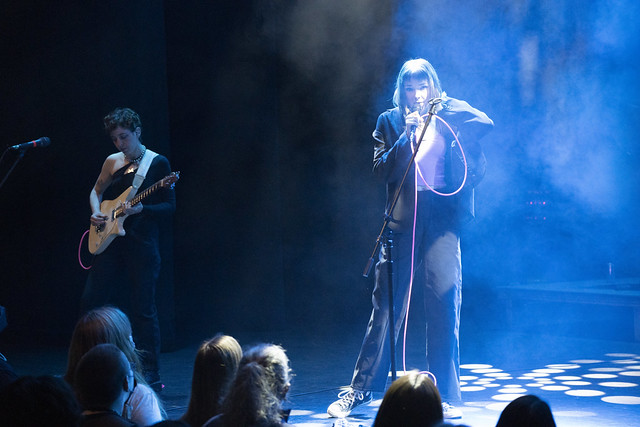 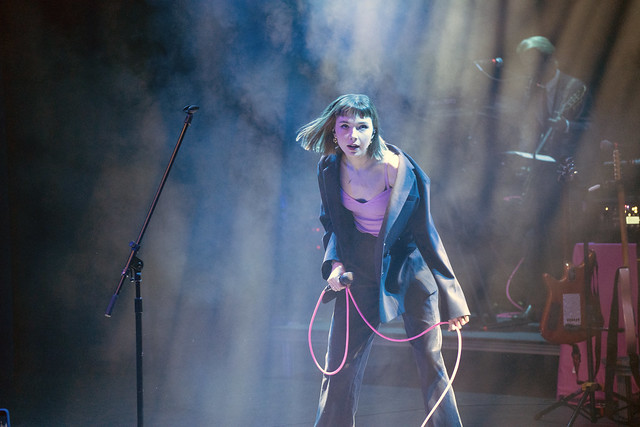 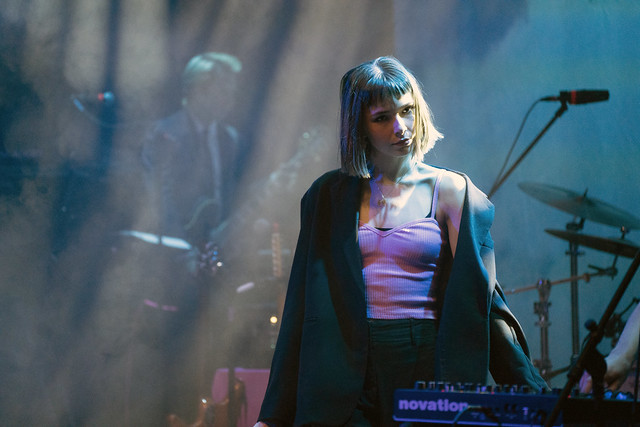 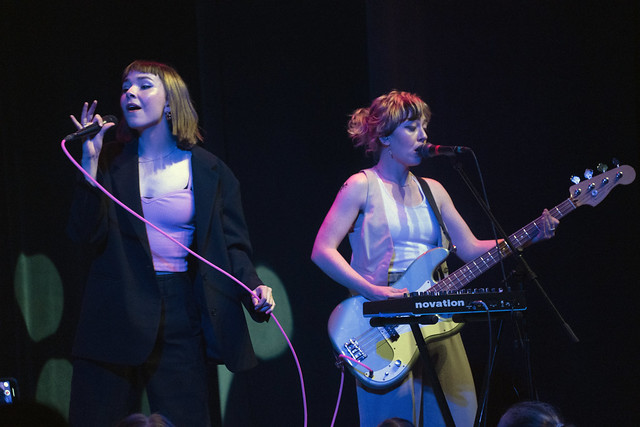 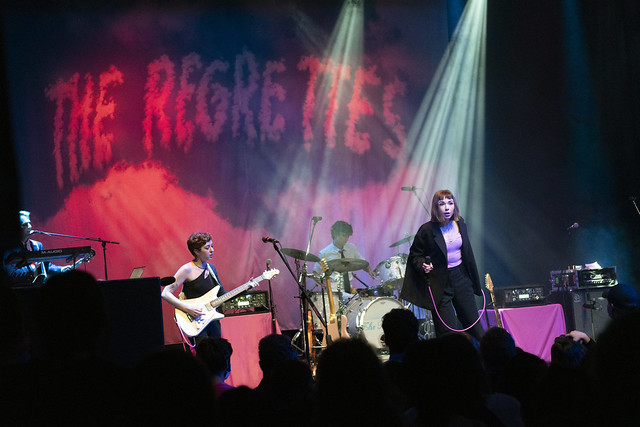 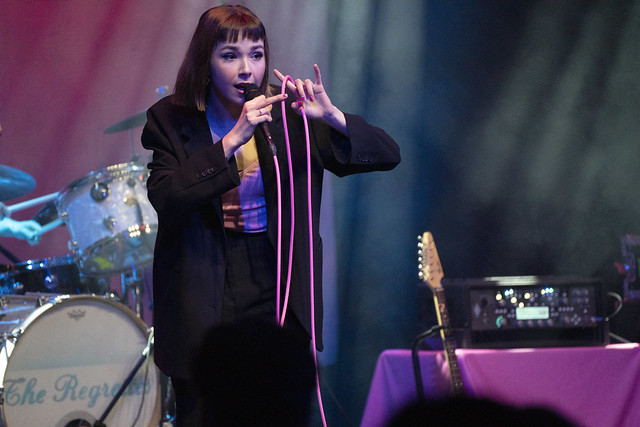 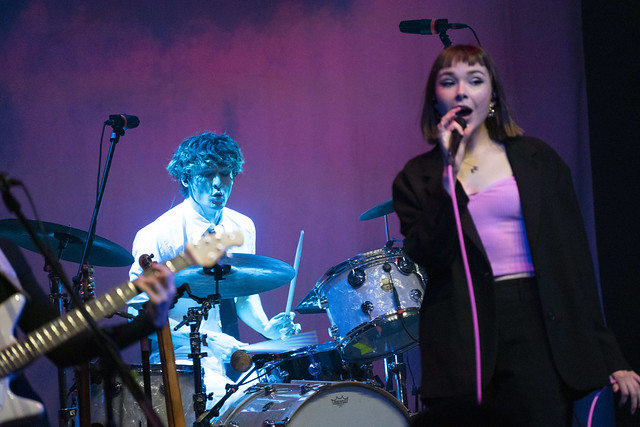 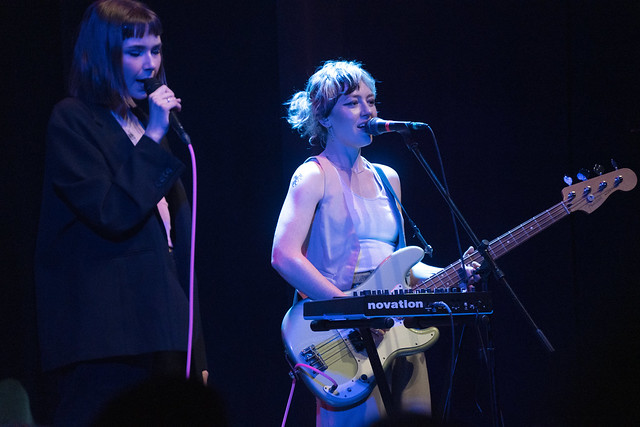 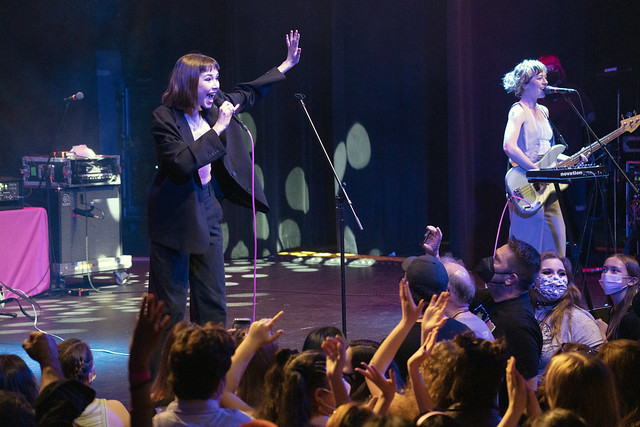 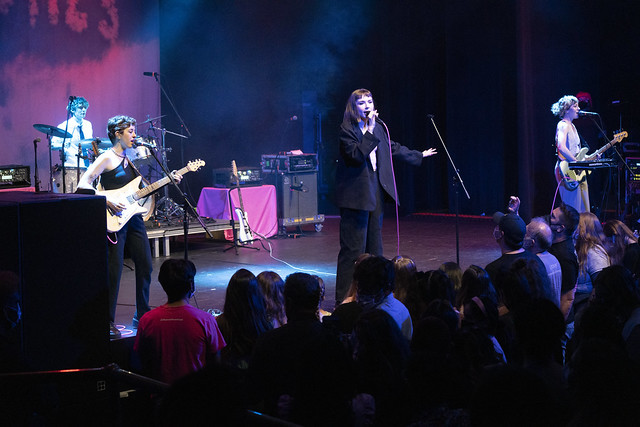 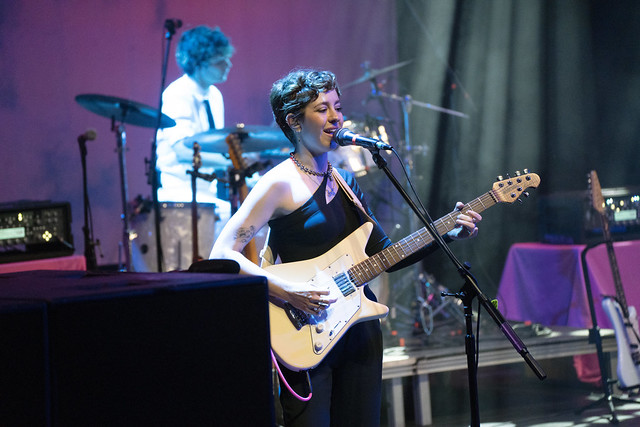 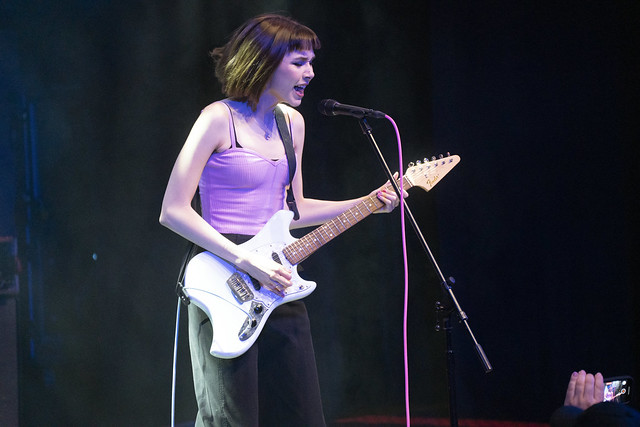 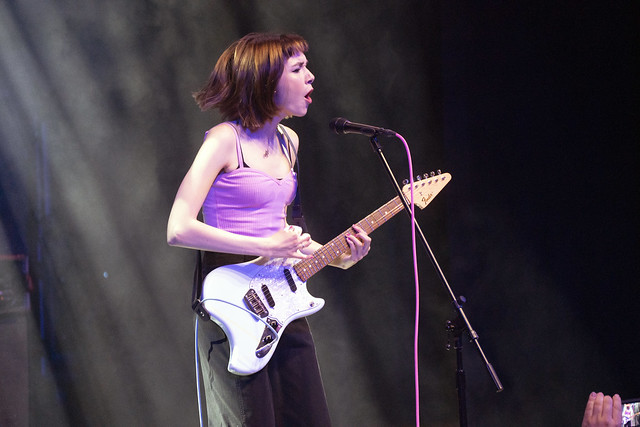 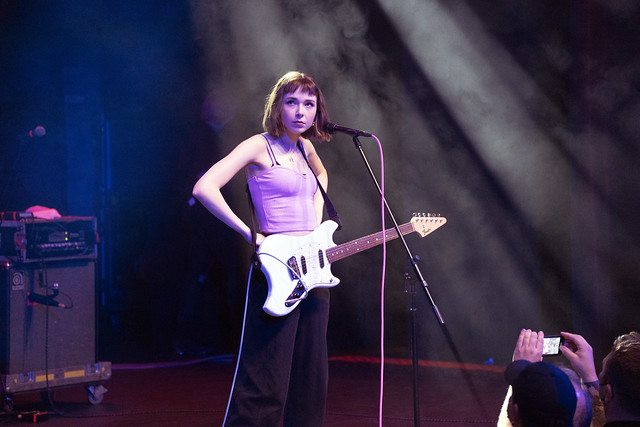 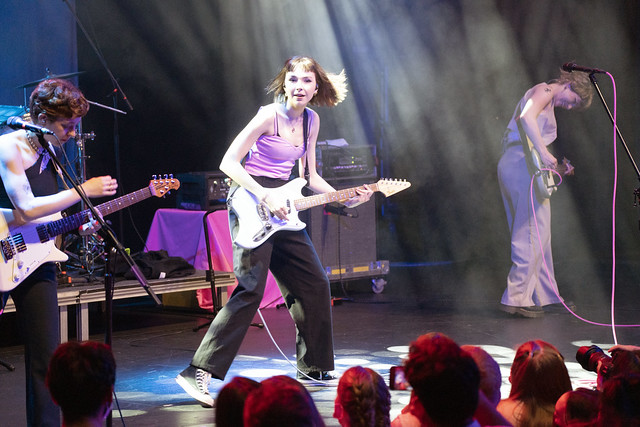 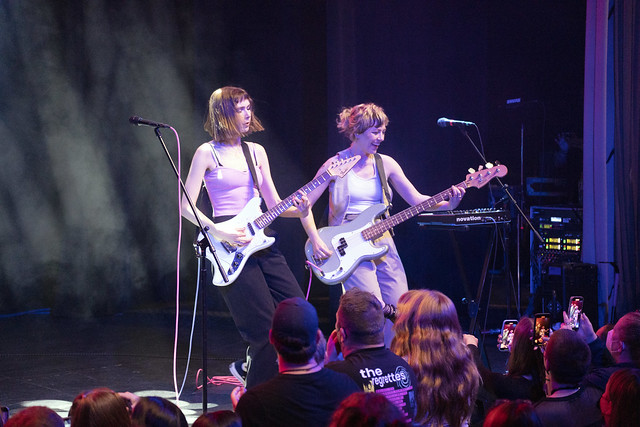 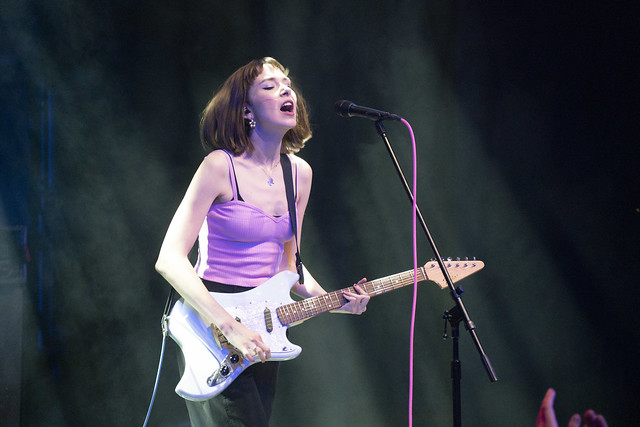 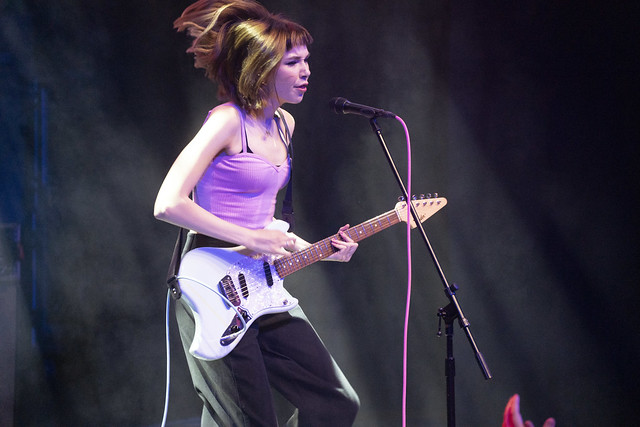 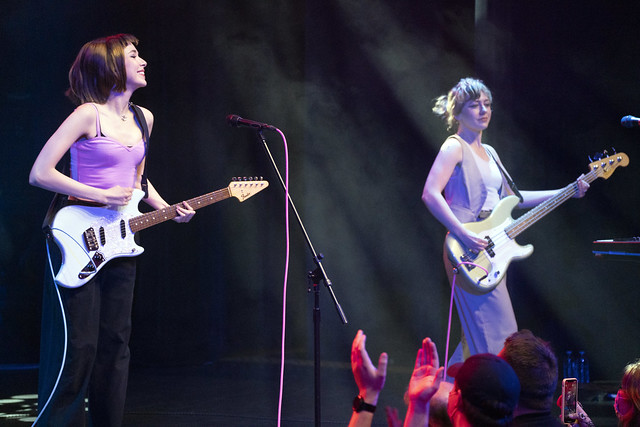 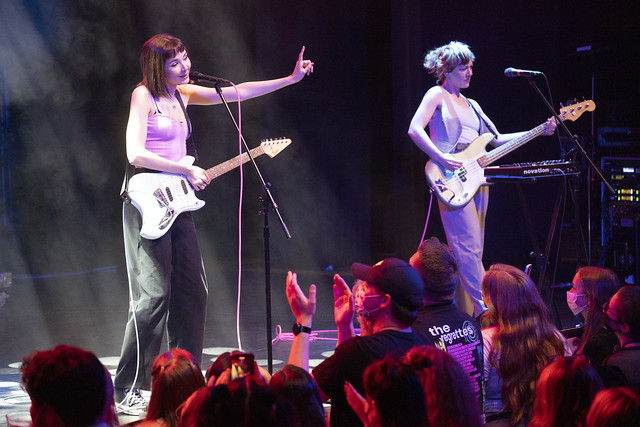 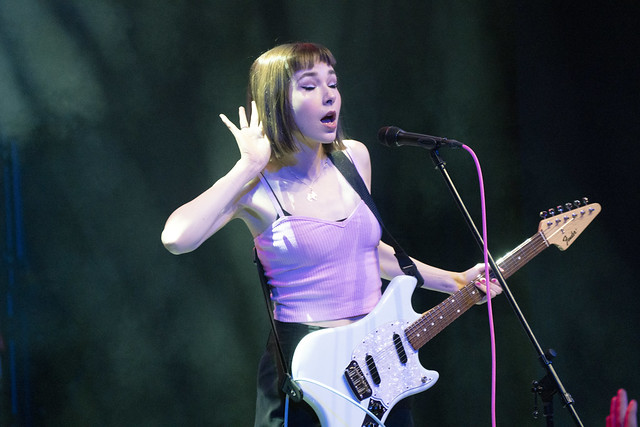 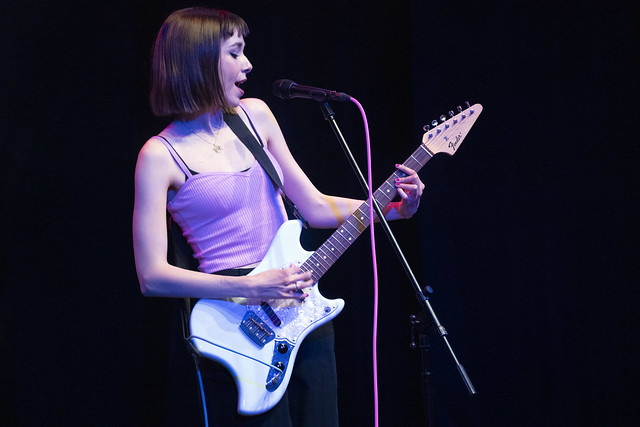 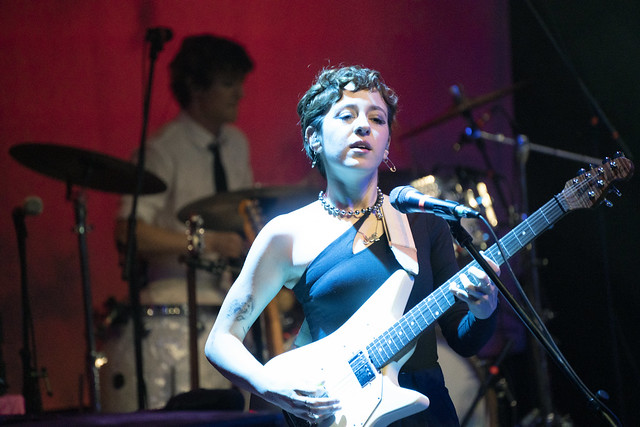 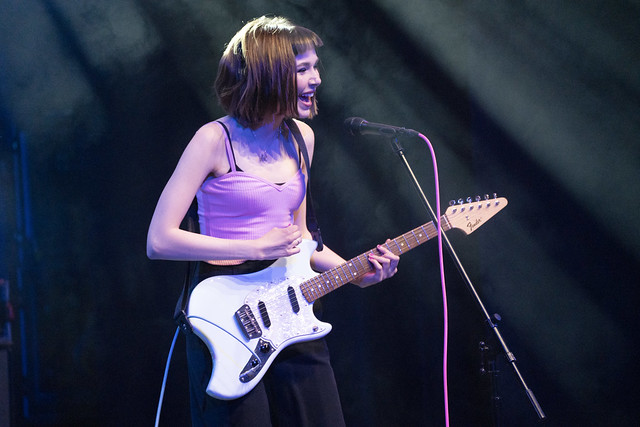 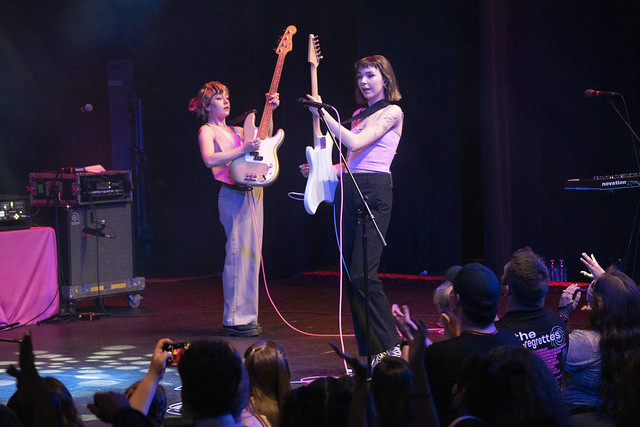