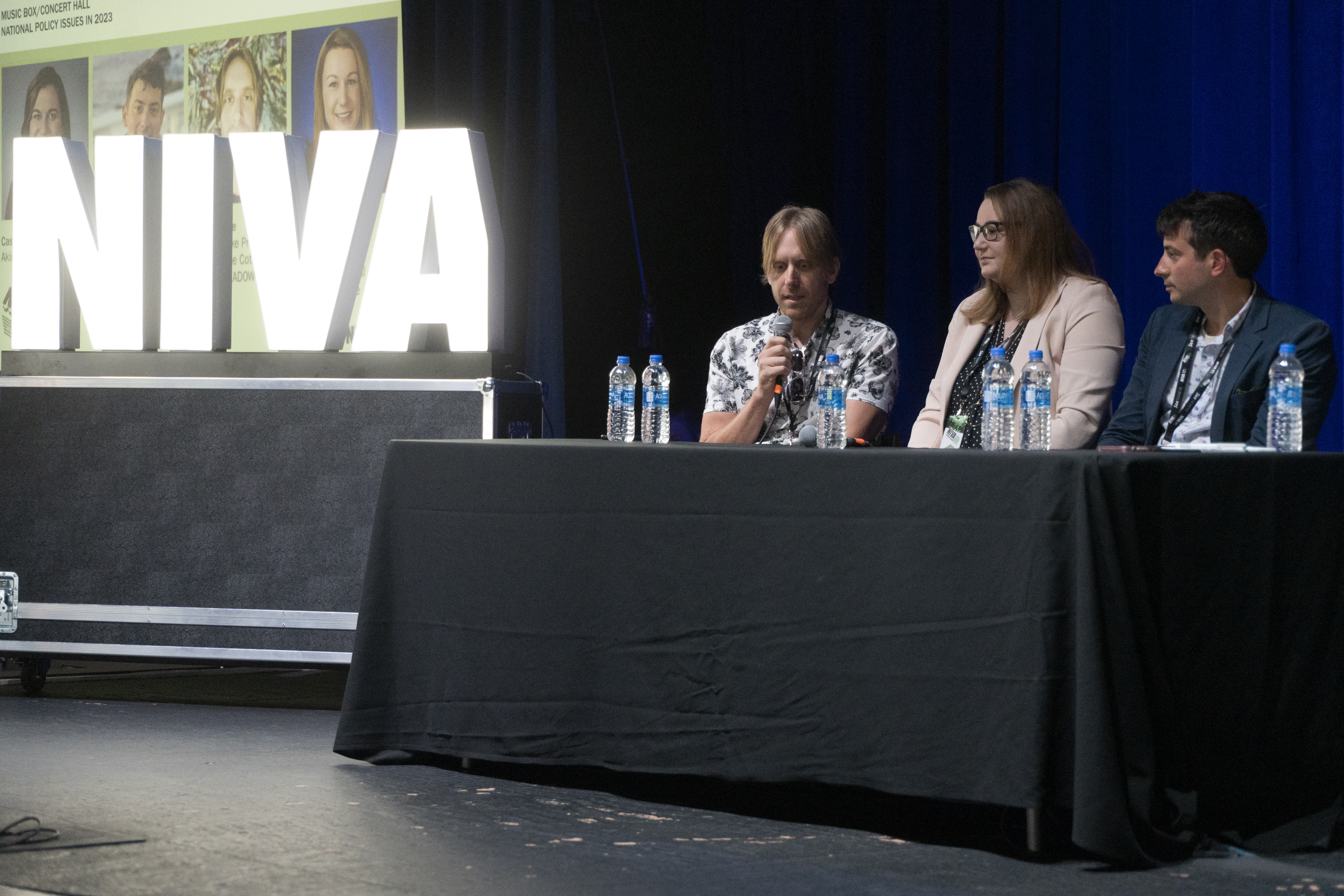 The city of Cleveland, Ohio, hosted this week the first annual conference of the National Independent Venue Association (NIVA), fresh from its massive victory in the fight for a federal grant program to compensate shuttered entertainment halls for more than two years of pandemic closures.

Several sessions of the NIVA 2022 conference focused on the Save Our Stages campaign to assist venues forced to close to support social distancing mandates and stop the spread of COVID-19 as well as the resulting Shuttered Venue Operators Grant (SVOG) program established by the US Small Business Administration in response.

Created in 2021, the SVOG program provided roughly $16 billion to assist music halls and other operators as part of the Bipartisan-Bicameral Omnibus COVID Relief Deal. In a session during the first day of NIVA 2022 on July 11, NIVA Advocacy Co-Chair Adam Hartke credited the success of the Save Our Stages initiative to the appreciation of collective communities for their entertainment halls.

“Part of the success of Save Our Stages was there was a massive group of amazing humans who knew how to get things done and had experience doing work in their respective locales,” said Hartke, a partner in Hartke Presents, The Cotillion, and other organizations. “Independent venues are community pillars.”

He added, “We engaged our audiences, we engaged the artists, and we engaged everybody in the overall community. It resonated and people listened. People stepped up to help.”

Save Our Stages support was completely bipartisan, heralding its inclusion in the omnibus spending bill, Hartke emphasized. “I’m from Kansas, and we have a lot of very conservative politicans. And they like to go to shows. Everybody loves music.” 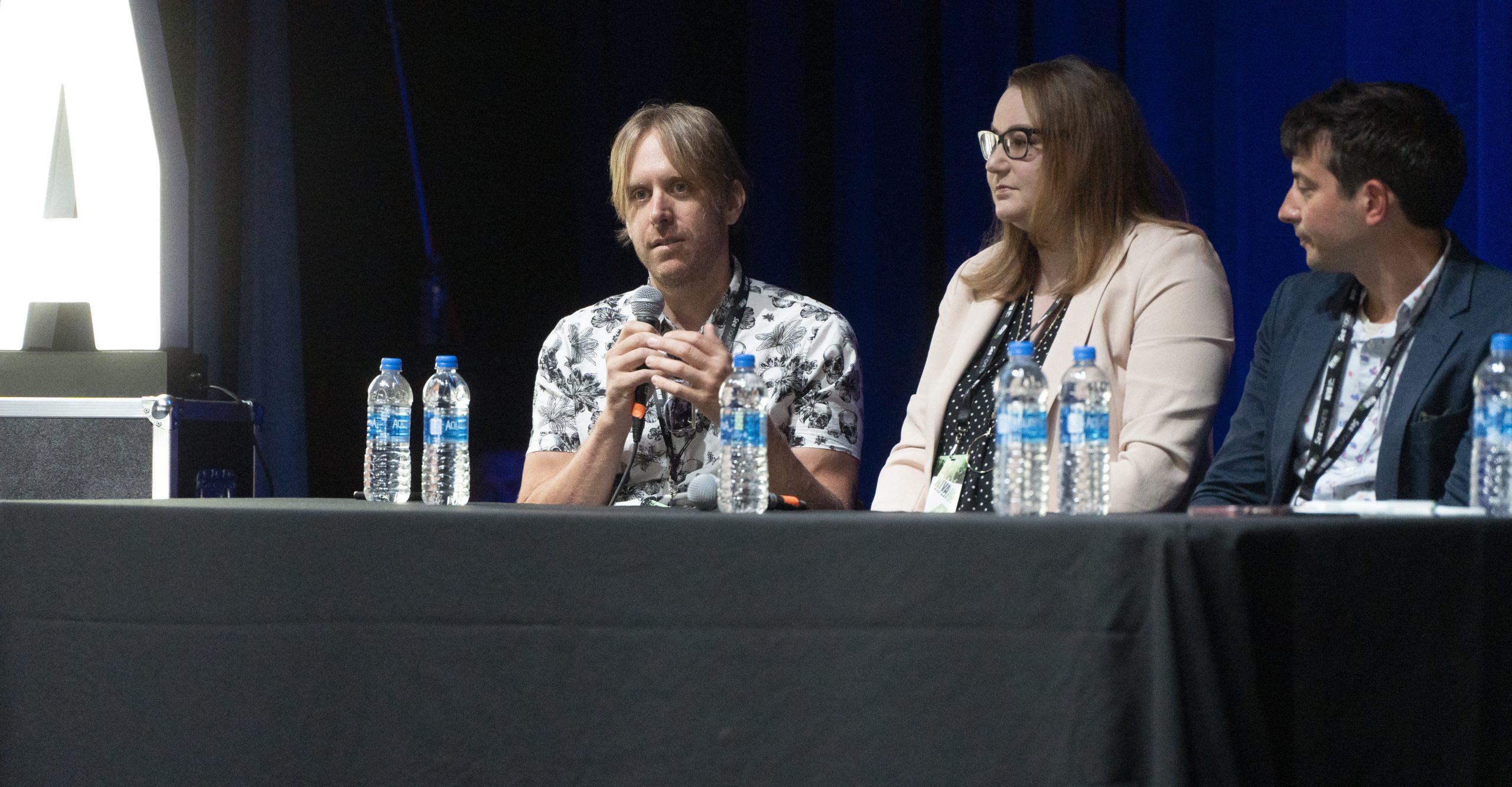 The first day of the conference was held at the Music Box Supper Club, an independent music venue nestled alongside the Cuyahoga River. NIVA 2022 attracted roughly 550 attendees, and Hartke’s panel on advocacy, which he shared with congressional staffers and a lobbyist from Akin Gump Strauss Hauer & Feld LLP, was well attended.

Hartke listed three advocacy priorities for NIVA in 2023: strengthening relationships with performance rights organizations, combatting deceptive and speculative ticketing, and pushing back on industry consolidation. Not all of these challenges have legislative remedies, he noted.

Performance rights organizations, like BMI and ASCAP, maintain relationships with music venues, which pay a flat fee to the PROs, according to the Sonic Bloom blog. That money is split between artists. Hartke said NIVA would like to ensure musicians receive appropriate funds from money paid to the PROs.

Deceptive and speculative ticketing has become a big problem as scammers take to the web to make fake websites and try to sell tickets they don’t even have. Frequently, scammers with fake websites will use the intellectual property of real venues to fool ticket buyers into believing they are interacting with a legitimate ticket vendor.

“A lot of times, those outlets don’t even have possession of the ticket,” Hartke said. “It looks bad for a venue if fake tickets mislead customers,” through no fault of the venue.

NIVA may explore some legislative fixes, including penalties for use of unlicensed intellectual property and stronger measures against speculative tickets or the sale of property not actually in the possession of a scammer.

Industry consolidation is a much thornier concern without clear fixes.

Live Nation on the Other Side of the Fence

Much of NIVA’s concerns around industry consolidation stem from the 2010 merger of Live Nation and Ticketmaster. The merger created a national colossus that both owns a large number of concert venues and dominates concert ticket sales across the country.

Hartke noted the Biden Administration seems interested in potential anti-trust adjustments to the Live Nation Entertainment enterprise, which of course serves as the other side of the coin to independent venues. All panelists readily agreed that it is unlikely the administration would break up a merger that happened 12 years ago, particularly the Live Nation merger.

However, the Federal Trade Commission hosted a listening session in the spring to examine anticompetitive practices resulting from the merger. Live Nation Entertainment has used its massive presence, for example, to exert a great deal of control over the secondary market for ticket resales.

The National Consumers League wrote to the US Department of Justice in April to call for an investigation of Live Nation Entertainment.

“As the Department is aware, just one company, Live Nation Entertainment, controls roughly 80% of the primary ticketing market following Live Nation’s vertical integration with Ticketmaster. In the Department of Justice’s own words, Ticketmaster benefits from ‘high barriers to other companies successfully, substantially, and profitably entering or attempting to expand in the market for primary ticketing services to major concert venues.’ There is no indication that the Live Nation-Ticketmaster merger (and further monopolistic actions since 2010) have reduced these barriers to entry.”