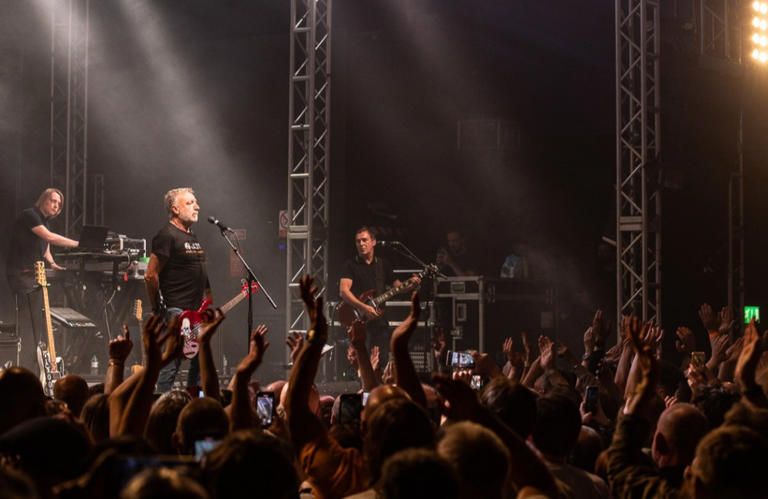 As a stop on a massive cross cross-continental journey, taking them across the United States and Canada in August and September 2022 for their biggest and most extensive trek to date, Peter Hook & The Light’s “Joy Division: A Celebration” visits The Fillmore Silver Spring on Thursday, Aug. 25.

At some 26 dates overall, the tour takes place across five weeks as the band return to some venues and debut at others to perform Joy Division’s seminal two albums Unknown Pleasures and Closer in full with additional Joy Division rarities and an opening set of New Order material. The tour follows the debut UK dates for “Joy Division: A Celebration” which commemorate the 40th anniversary of Joy Division and Ian Curtis’ continuing influence.

Watch a clip of The Light performing “Ceremony” at the May 2015 Christ Church Macclesfield concert on YouTube:

Returning for his ninth tour of the States with Peter Hook & The Light, Hooky comments: “Definitely one of the highlights/lowlights of my profession is the travelling. It was amazing what a blessing it was not to have to do it over lockdown but amazing again how soon you missed seeing all these wonderful places the world has to offer. You lot in America are so lucky to have such a varied and wonderful country. I can’t wait to get back there, and my mouth is watering at the thought of going to my first ‘Coffee Shop’ breakfast. I am easily pleased.

“We have always been lucky to have been appreciated as much as we have in the States, ever since our first tour in September 1980. I am hoping for much the same this time. There is definitely a great appreciation for both Joy Division’s & New Order’s music.” 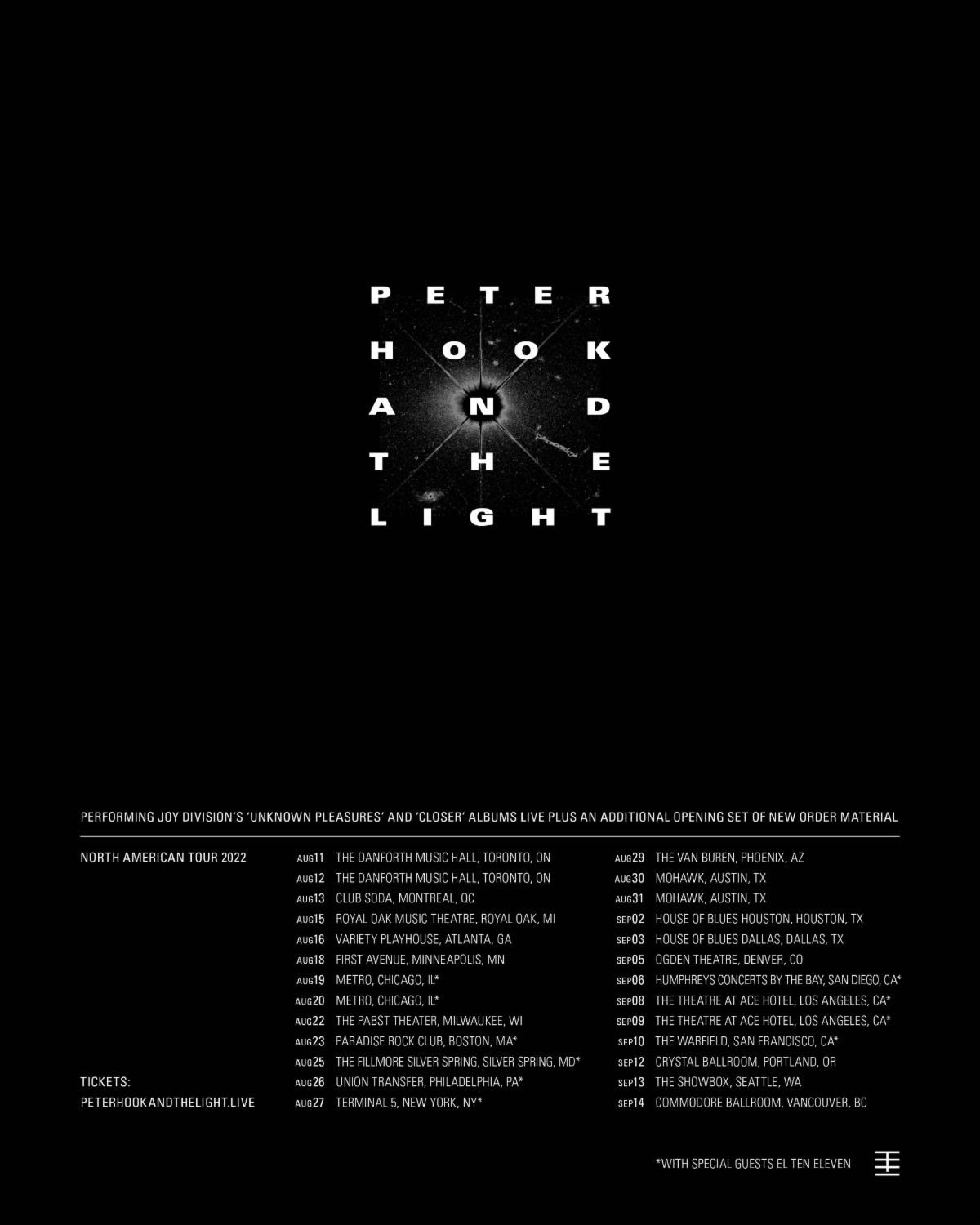 Aside from some one-off incidental dates such as The Roxy in Los Angeles, the “Joy Division: A Celebration” run of dates is the first time the band have toured both iconic albums in the same show in North America and the concerts are bound to be hugely special for the many devoted fans of the band.

The influence of Joy Division and their music remains strong in popular culture, holding a sincere reverence. The albums are played sequentially in track order, respecting the inspiration and impact of the stunning debut album Unknown Pleasures and the immaculately produced second Closer.

In addition to the albums, the concerts span the entirety of Joy Division’s rich but short career including early Warsaw material, tracks from the compilation LP Still to the final songs “Ceremony” and “In a Lonely Place” written by Joy Division which were to form New Order’s first single.