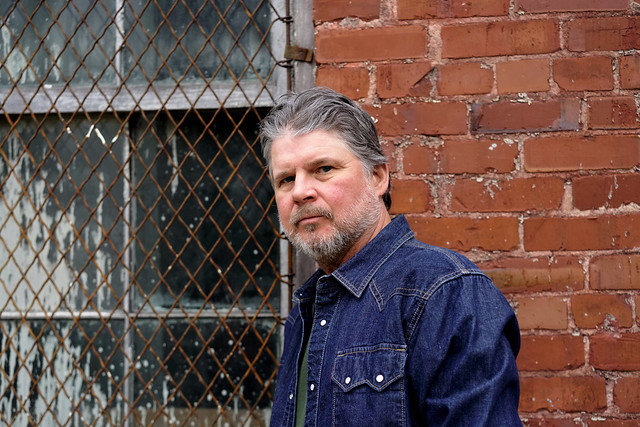 After 23 years as a recording artist, singer-songwriter Chris Knight remains boldly empowered to make music that always delivers the unflinching truth. In fact, the man raised in Slaughters, Kentucky uses a simple, direct barometer to regularly check his muse: “If I can’t believe myself, I won’t sing the song.”

That brutally honest, no-frills philosophy fits his Americana-fueled, backwoods-grown merger of folk, country, and rock. It’s been at the backbone of nine studio albums, beginning with 1998’s acclaimed self-titled debut and traveling through scorchers such as the one-two punch of 2001’s A Pretty Good Guy and 2003’s The Jealous Kind, two demo-styled discs (2007’s The Trailer Tapes and 2009’s Trailer II), and the recent, electric guitar-fortified opus, 2019’s Almost Daylight.

Knight will hit the sonic highlights of his career in concert Thursday, Aug. 25, at 8pm (doors @ 6pm) at City Winery, 1350 Okie Street in Washington, DC. Tickets are $25-$38; all ages are welcome. Click here for tickets.

Because Knight’s music has always sat outside of the mainstream, onstage is where he makes his fans one show at a time. It is exactly where his searing tales of rural characters, fringe survivors, and tumultuous small-town existence find a captivated audience. A few edgy, raw gems that immediately come to mind are “It Ain’t Easy Being Me,” “Carla Came Home,” “I’m William Callahan,” and “Everybody’s Lonely Now,” the latter two from Almost Daylight.

“I’ve written songs about a lot of different things going all the way back to my first record,” he says, “and some folks still think ‘somebody kills somebody’ is all I write about.”

What Knight writes about is what he knows. He was raised in mining country, so it’s no surprise that he would earn a degree in agriculture from Western Kentucky University and then work as a mine reclamation inspector and then miner’s consultant. But eventually his passion for writing songs and playing guitar, both inspired by his musical hero, the late John Prine, led him to chronicle his surroundings in words and music.

“I came from a big family and grew up in the woods six miles from two small towns, so there were a lot of stories,” he says. “There were always a lot of ideas to write about.”

Those ideas have earned Knight praise from publications such as The New York Times (“the last of a dying breed… a taciturn loner with an acoustic guitar and a college degree”) and USA Today (“a storyteller in the best traditions of Mellencamp and Springsteen”), to name a few. Like his beloved Prine, whom Knight duets with on Prine’s chestnut “Mexican Home,” the cut that closes Almost Daylight, Knight fits comfortably in Texas honky-tonks, downtown Nashville venues, and cool Manhattan rock clubs.

It’s no wonder that Knight has single-handedly scraped a reputation as one of America’s most uncompromising and respected singer-songwriters through 23 years and nine studio albums. He’s done this minus fanfare and artifice. The native son of Slaughters, Kentucky (population: 238) only sings songs he believes. He also speaks only when he has a potent message.

“If I don’t have something worth saying, I’m not opening my mouth. I haven’t suited everybody, but every time I get a new fan it tells me I’m doing something right. I think all my records have set a precedent, if only for me at the very least. I just want people to think the latest one stands up to everything else I’ve done.”