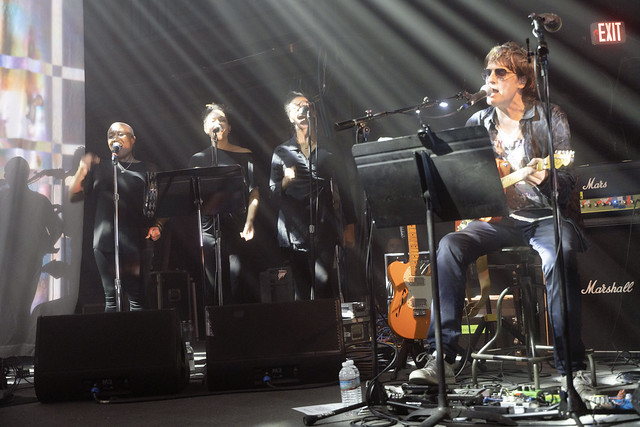 The creation of art in an attempt to connect to people is the most primal urge in pop music, I think. Even those of us who don’t create but consume mill about in the mix, hoping to feel that connection with other folks thanks to the work of the artist. We hope some of that art will wash over us and provide relief in the form of connection.

Spiritualized, the wonderfully English psychedelic rock outfit fronted by Jason Pierce, deal with this phenomenon head-on in a beautiful new song called “Let It Bleed (for Iggy).” It was one of four new songs the space rockers presented in a recent show at 9:30 Club.

What was most satisfying about seeing Spiritualized live for the very first time was the realization that the band prized the art. And that they were unafraid to let it move them, even if that movement often was the result of melancholy. Part of what made the Spiritualized experience a sophisticated experience one, however, was that melancholy does not default to a state of defeat. Indeed, there is something very rousing about Spiritualized, and maybe that’s why the latest album leaned a bit into gospel.

“Let It Bleed (for Iggy),” performed at about two-thirds of the way through the set if you’re simply counting songs (and some of those songs are majestic in their length), appears on Everything Was Beautiful, the ninth studio album by Spiritualized, released by Fat Possum Records in April. At 9:30 Club on Sept. 8, Spiritualized played it between other new songs — “Best Thing You Never Had (The D Song)” and “The A Song (Laid in Your Arms).”

All three songs deal with loss, each to a different degree. From his seated position on stage left, J. Spaceman (the nom du guerre of our Mr. Pierce) delivered some jaunty power on “The Best Thing You Never Had,” a straightforward song about loss, or maybe rather not being able to lose what you never had. “The A Song” was a splendid classic rocker. But “Let It Bleed” had a peculiar beauty to it, and its positioning between the two other songs seemed deliberate.

Watch a live performance of “Let It Bleed” by Spiritualized on YouTube:

This latest album and 2018’s And Nothing Hurt (also issued by Fat Possum Records) dominated the set. Of the six songs from And Nothing Hurt, Spiritualized marked the middle of the setlist with “The Morning After” and closed the main set with “Sail on Through.” On “Sail on Through,” bassist James Stelfox played some gloriously delicate notes as a layer of the intro. Pierce sang beautifully with his distinctive if slight twang. And drummer Kevin Bales was a remarkable portrait of restraint, maintaining the peaceful ambiance of the song while also rhythmically driving it forward. The result was utterly transportative and imparted a feeling of elation throughout the very full house.

Well, you don’t want to turn up to a Spiritualized show and not get at least something from Ladies and Gentlemen We Are Floating in Space, the band’s third album and one of the most hailed records of the ’90s. Spiritualized gave 9:30 Club that nod with “Come Together” as the penultimate song in the set. “Come Together” arrived in a cascade of feedback with waves of noise from guitarists John Coxon and Doggen Foster. The song, about having a character with a serious monkey on his back, was an appropriately harsh interruption of an otherwise tranquil show.

For the encore, Spiritualized mined their album Sweet Heart Sweet Light, the band’s seventh, for “So Long You Pretty Thing,” completing a circuit as they began the show with the record’s “Hey Jane.” The distinctive opening of “So Long” featured a lovely melody by keyboardist Tom Edwards, who transmitted his presence from the back of the stage throughout the show.

Of course, “So Long You Pretty Thing” was a great send-off song on which to end the night but it also took us back to lonely journeys, reminding us that we as listeners hope to bond and feel kinship with one another during a musical experience such as this. J. Spaceman proved a powerful guide for that purpose, fashioning art with purpose and bringing us along with him on cosmic travels that ultimately feel unifying.

Here are some photos of Spiritualized performing at 9:30 Club on Sept. 8, 2022. All pictures copyright Parklife DC. 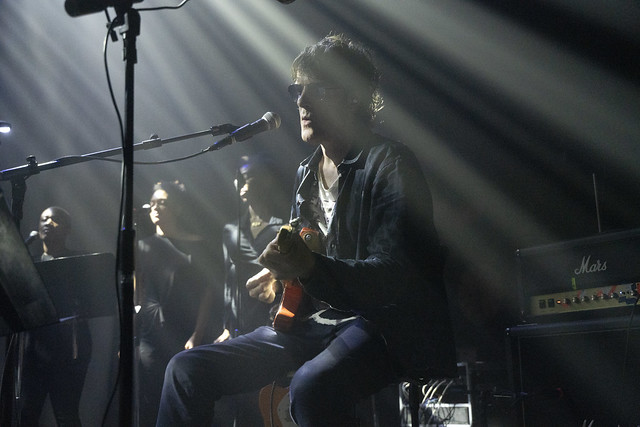 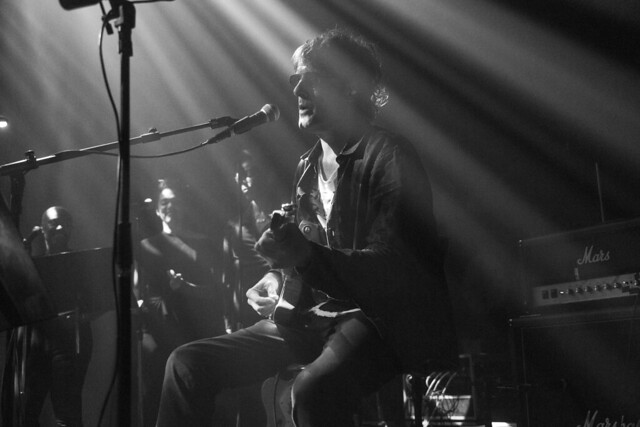 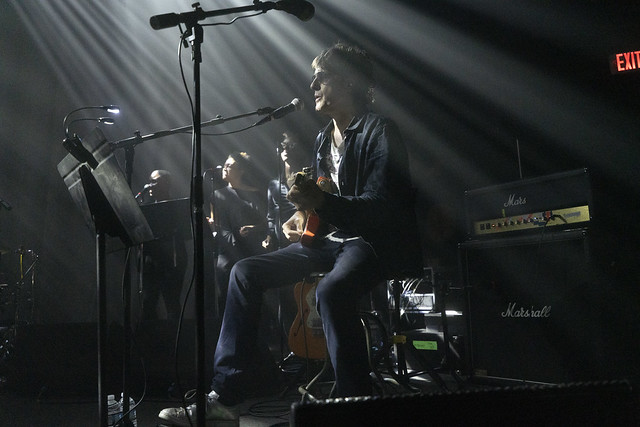 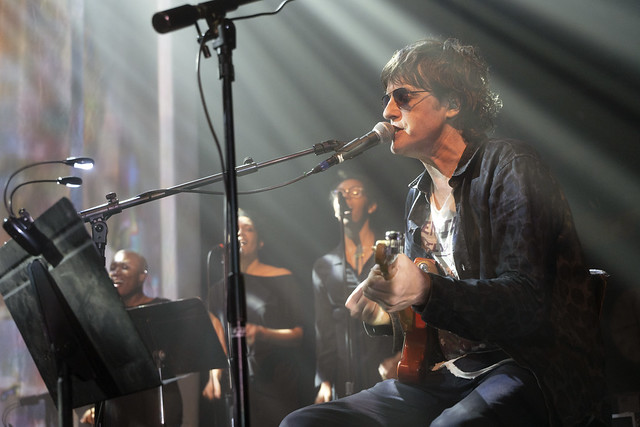 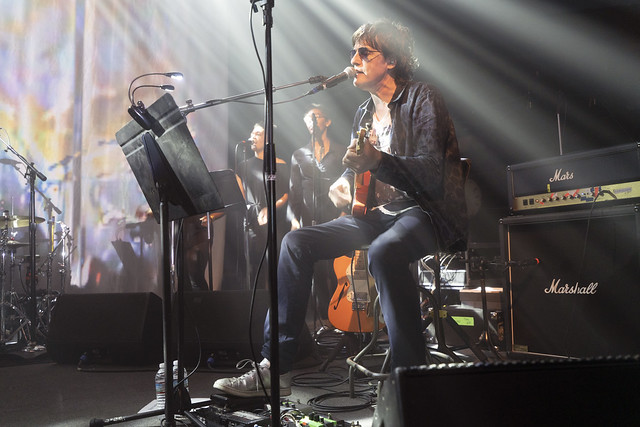 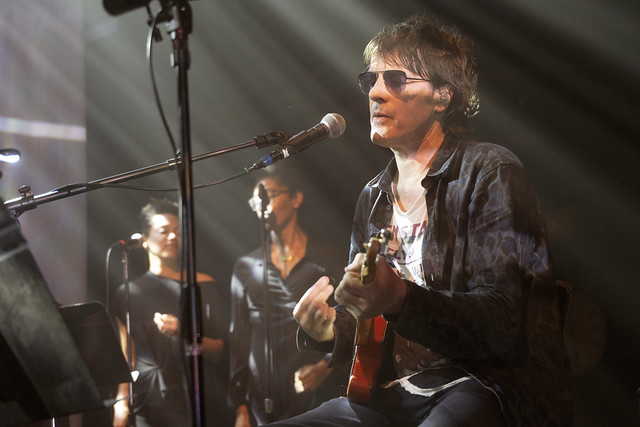 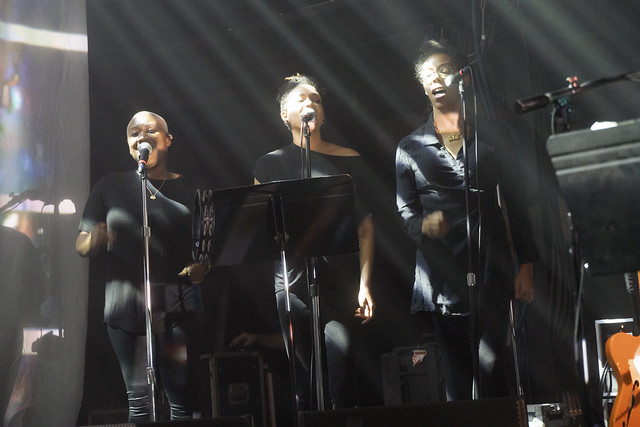 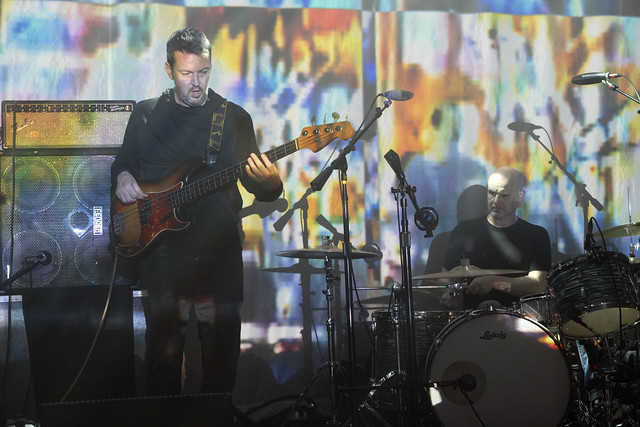 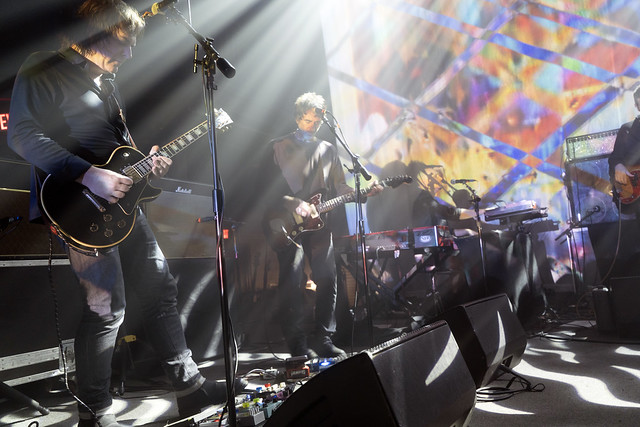 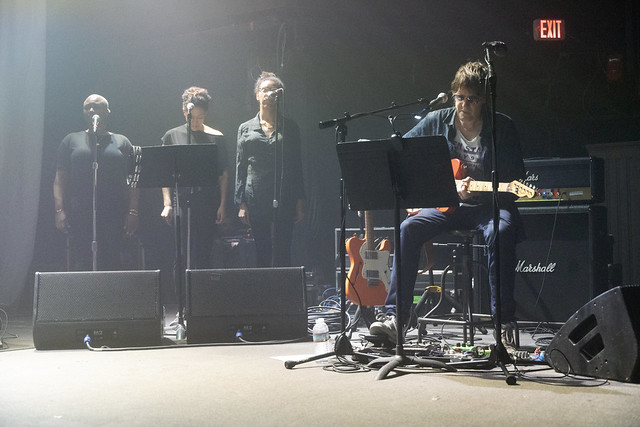 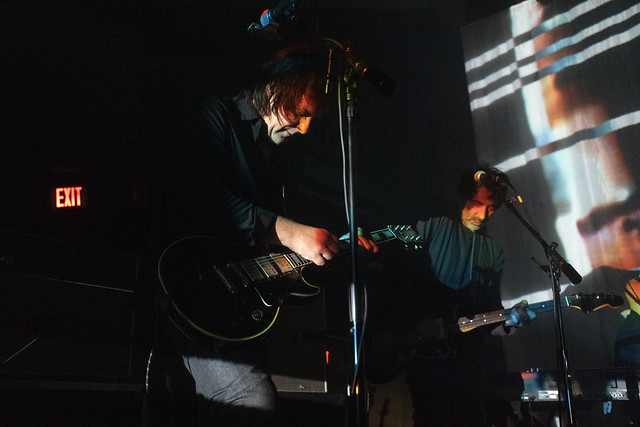 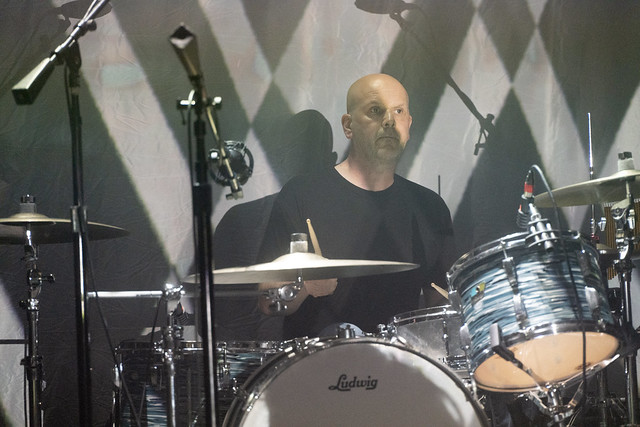 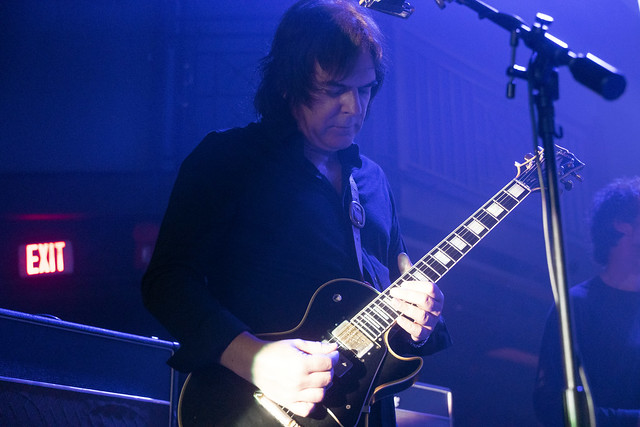 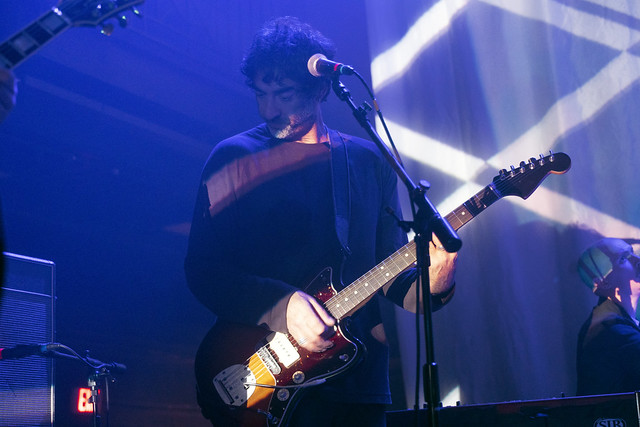 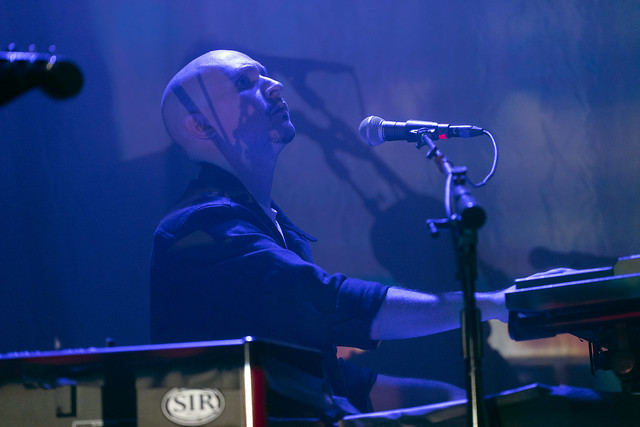 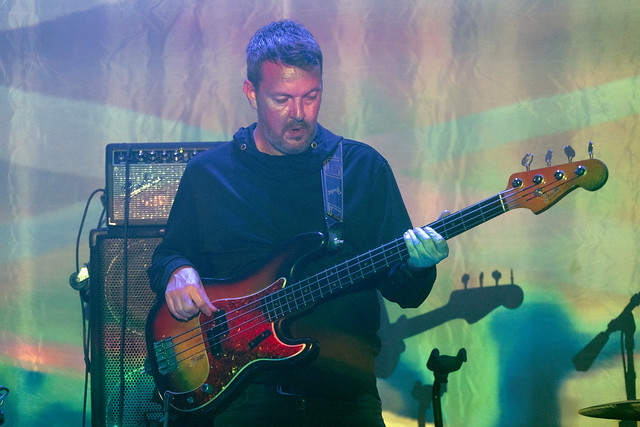 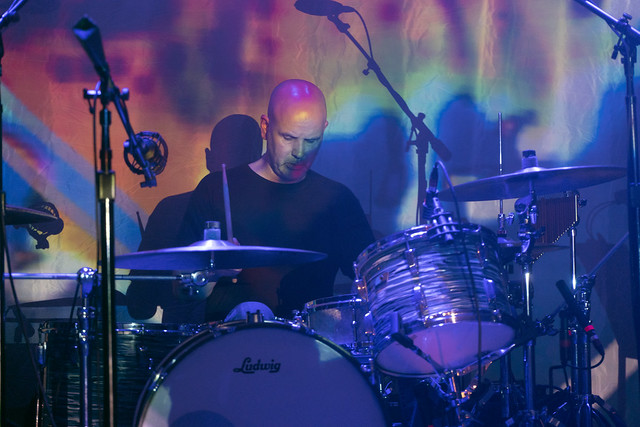 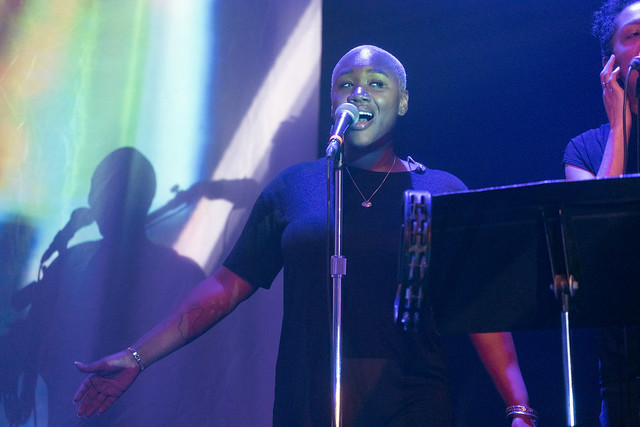 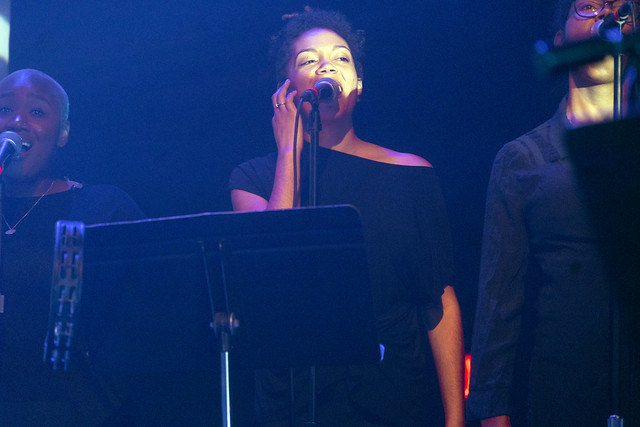 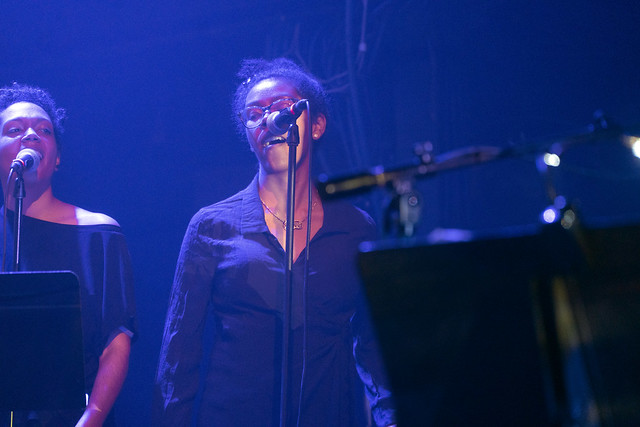 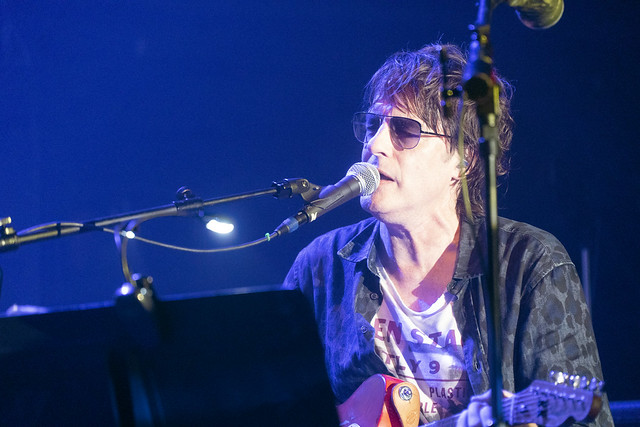