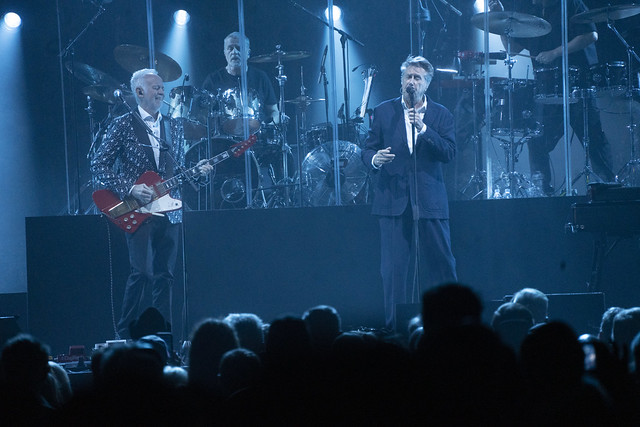 From the beginning of the song, the instantly recognizable voice of Bryan Ferry filled the arena on Sept. 9. No stranger to the DC area, Ferry has been visiting solo with regular frequency in the 21st century. But here he was with the band that made him famous — at last! In the studio for that very first Roxy Music record were Ferry, saxophonist Andy Mackay, guitarist Phil Manzanera, and drummer Paul Thompson. And all four men were present on the stage at Capital One Arena, to the thrill of a very engaged and focused audience who were happy to dance their hearts out and scream for more songs.

Roxy Music hadn’t performed a show together since 2011 — and that was in England. So a diehard admirer, I was floored to be present for a fully realized USA tour — the band supported by keyboardists, backing singers, and longtime Ferry saxophonist Jorja Chalmers. My attention kept drifting to stage left when Ferry would sit at a keyboard for a number, and I could not help but grin like a maniac at the collected sight of Bryan and Mackay in the foreground with Chalmers performing on a platform behind them.

The band performed a total of three songs from their first record, opening the show with the iconic “Re-Make/ Re-Model” and soon adding “Ladytron” to the setlist. So giant are these song titles that they have lent their names to other musical projects (including of course the band Ladytron, perhaps the most amazing synthpop group of the last 20 years).

During “Ladytron” Mackay took advantage of his proximity to Ferry to play sax directly to the man while Bryan sang forlornly but also somewhat cheerily into his keyboard microphone. On stage right, Manzanera stood cooly at a station alone, strumming dreamily through the chorus. Although Phil largely maintained this solitary position, he broke out into hearty smiles after songs and generally soaked up the intense admiration of the audience, many of whom were as excited and flabbergasted as I to find him playing right before our eyes.

Watch a video of Roxy Music playing “Ladytron” for the Old Grey Whistle Test in 1972 on YouTube:

As monstrously influential as Roxy Music remain, their recording career spanned only eight studio albums. That first, Roxy Music, appeared 50 years ago, and the band released the final, Avalon, 40 years ago. So, that run from 1972-82 was really quite something! Taken as a whole, Avalon probably stands as the most recognizable entire record by Roxy Music in America, and the band acknowledged that with the performance of six songs from it across their 20-song set at Capital One Arena.

Avalon dominated the middle of the set, beginning with the instrumental “Tara,” which moved with its deeply beautiful and wistful saxophone by Mackay. Roxy Music followed the number up with Avalon’s “To Turn You On” and “The Main Thing.” “The Main Thing” got the crowd on their feet and our feet moving as Ferry danced his way over to Manzanera and back to the center of the stage.

Toward the end of the set, Roxy Music hit the audience with the one-two combo of “More Than This” and “Avalon” — two melodic songs full of longing for sure but also brimming with passion and intellect. Bryan Ferry imbued true feeling into these powerful songs. Everyone felt the electricity shoot through the room upon the opening notes of “More Than This.” Manzanera launched the song with its opening melody and Thompson took it for a drive with his spacious drumming. Bryan sat at his keyboard for “Avalon” and Mackay set about charming the entire building with his romantic and measured turn on the saxophone.

Throughout the show, Roxy Music peppered the set with selections from their other albums, pulling at least one selection from each of For Your Pleasure, Country Life, Siren, Manifesto, and Flesh and Blood, skipping only 1973’s Stranded. (A shame as “Street Life” would have been a very welcome live addition!) And so of course the one selection from 1975’s Siren was the great and giddy “Love Is the Drug,” the one song you would absolutely want to hear at a Roxy Music show! The band performed it near the end of the main set to the great satisfaction of everyone present.

Opener St. Vincent was truly captivating! Roxy Music chose well when selecting Anne Clark as their opening act, as one could very easily trace her musical stylings through a pop chart evolution back to Roxy. For her part, St. Vincent fashioned a ’70s soul and R&B show, drawing inspiration from Daddy’s Home, her 2021 album inspired partly by the New York City of the early 1970s.

St. Vincent’s 10-song set included three songs from Daddy’s Home, including early song “Down” and closer “The Melting of the Sun.” St. Vincent and her band had fun with the funky “Down,” as Anne and three backing singers strutted and dipped down to the stage in time with the music. Anne and her band were terrific!

Watch the official music video for “Down” by St. Vincent on YouTube:

This was a dream show for me, as I never thought I would see Ferry, Mackay, Manzanera, and Thompson live on stage together. And the four men united through their creation of some of the most sophisticated pop music ever crafted. Bravo, gentlemen!

Here are some photos of St. Vincent opening for Roxy Music at Capital One Arena on Sept. 9, 2022. All pictures copyright Parklife DC. 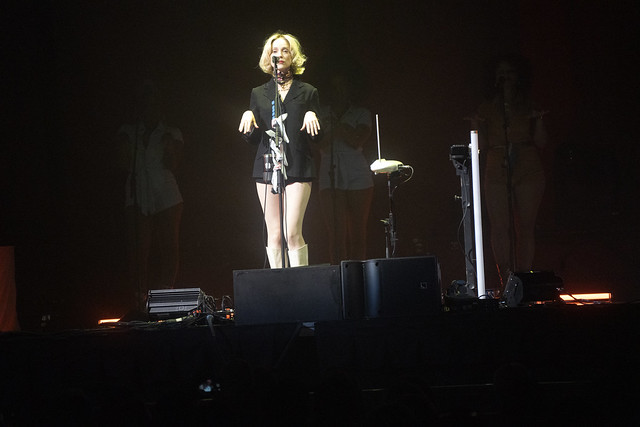 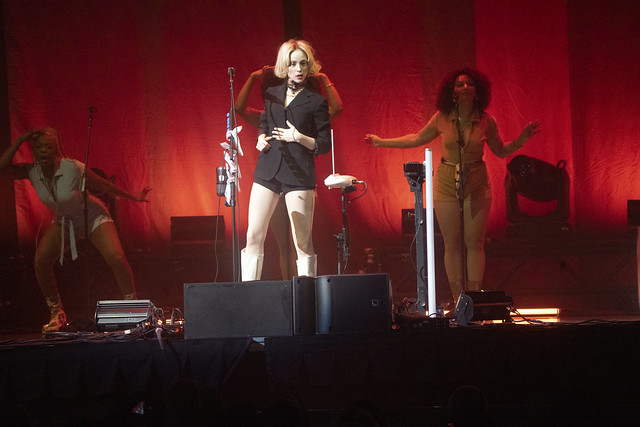 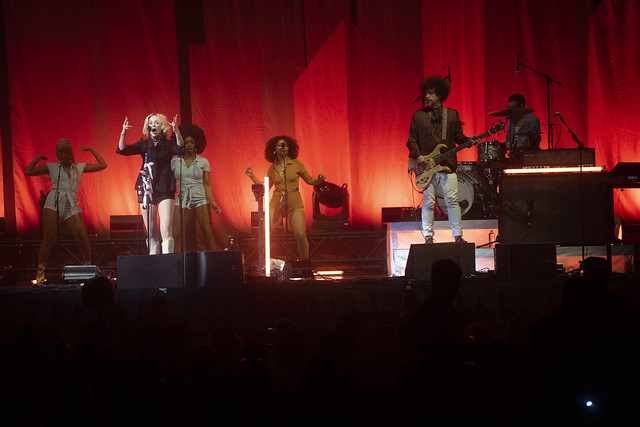 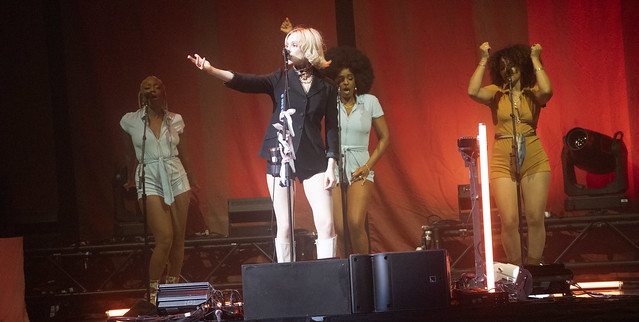 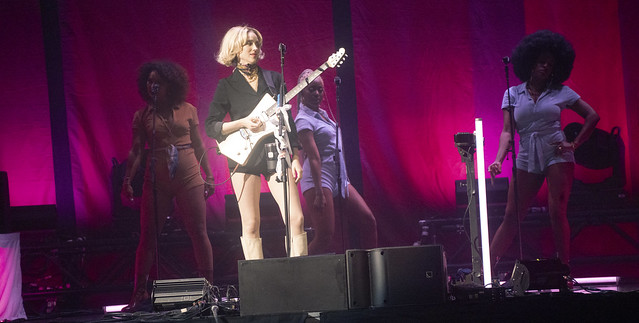 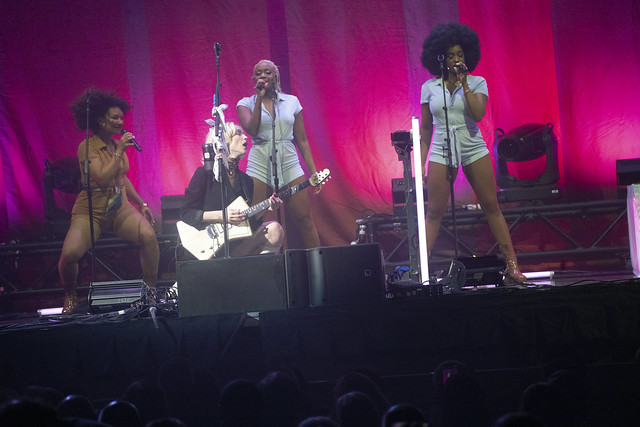 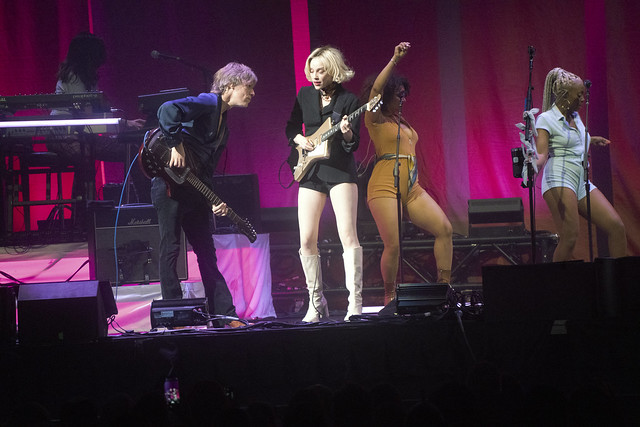 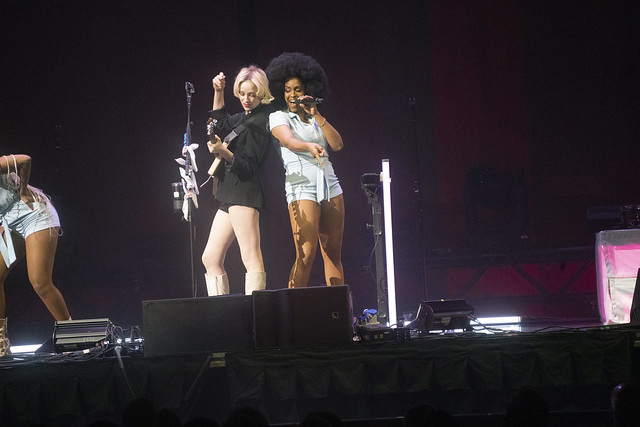 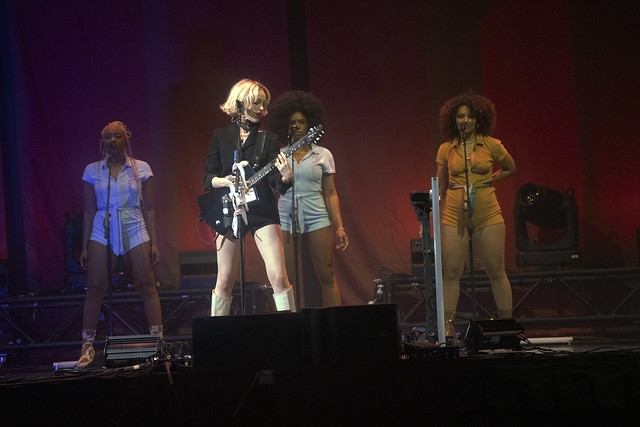 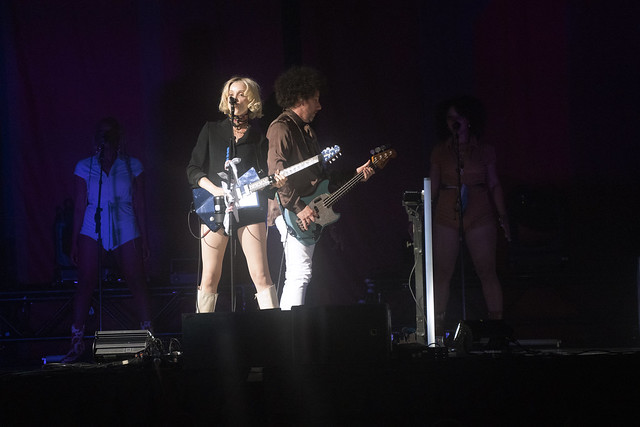 And here are some pictures of Roxy Music performing at Capital One Arena on Sept. 9, 2022. All photos copyright Parklife DC. 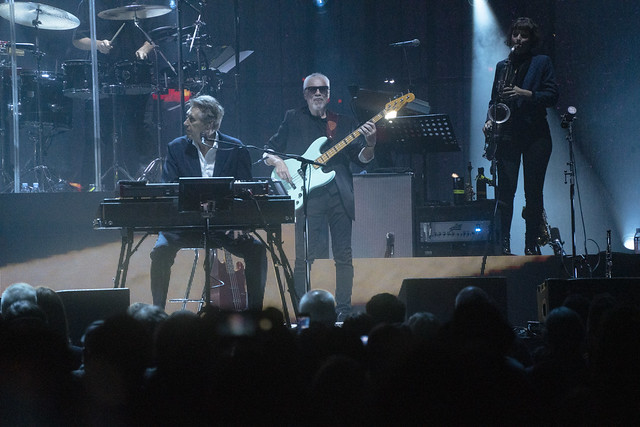 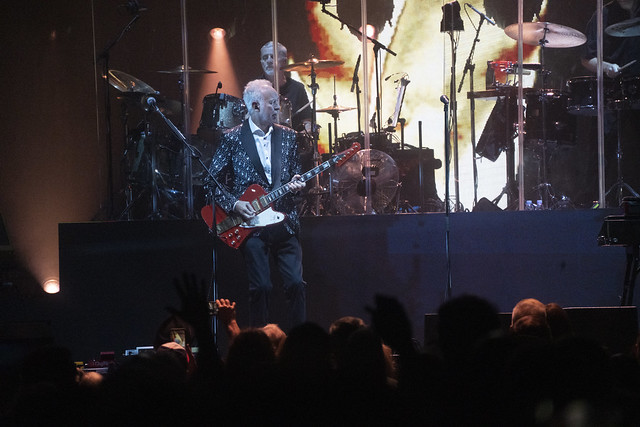 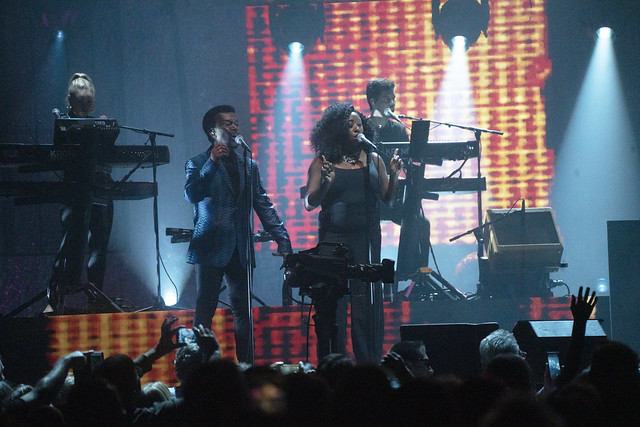 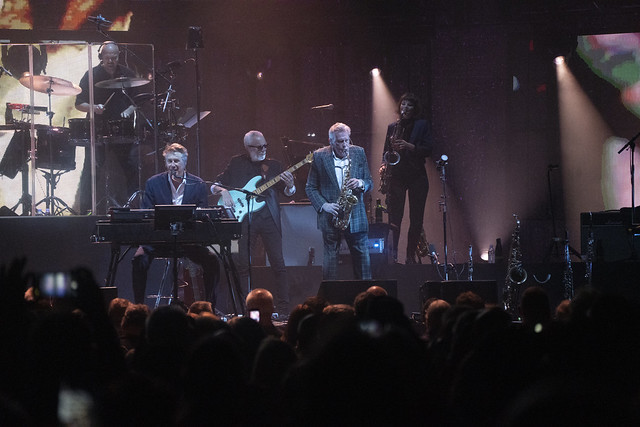 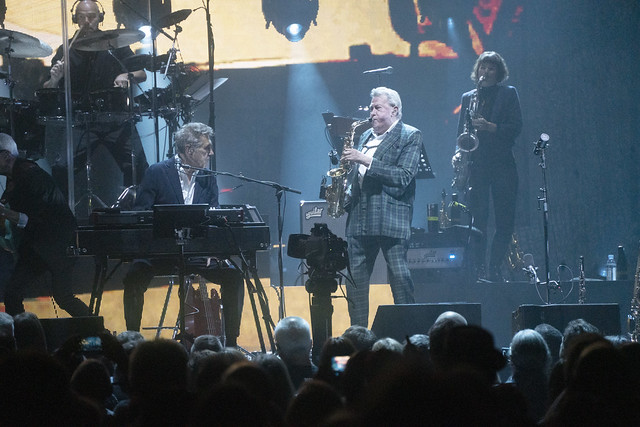 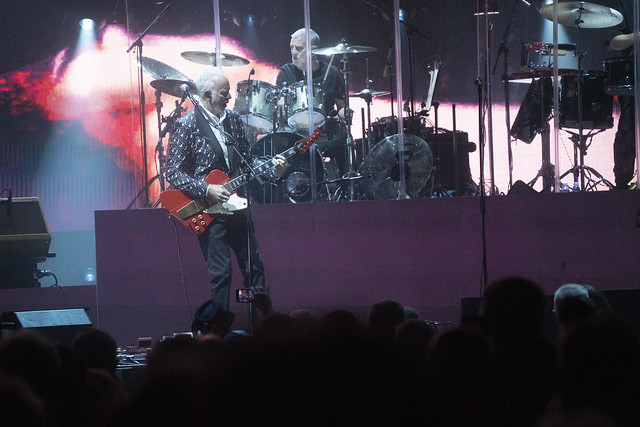 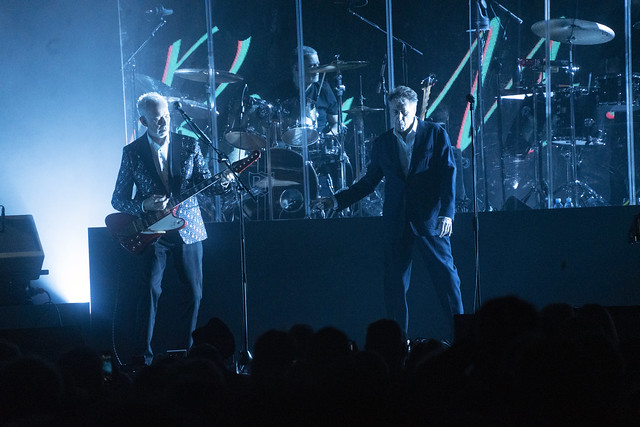 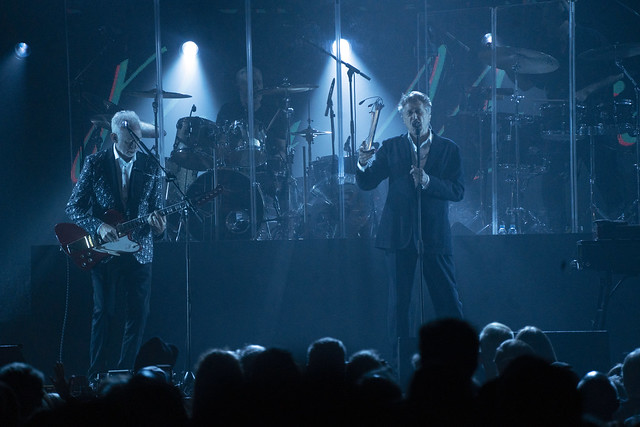 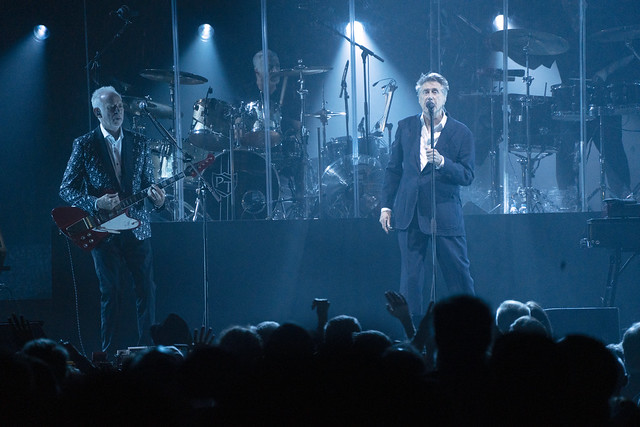 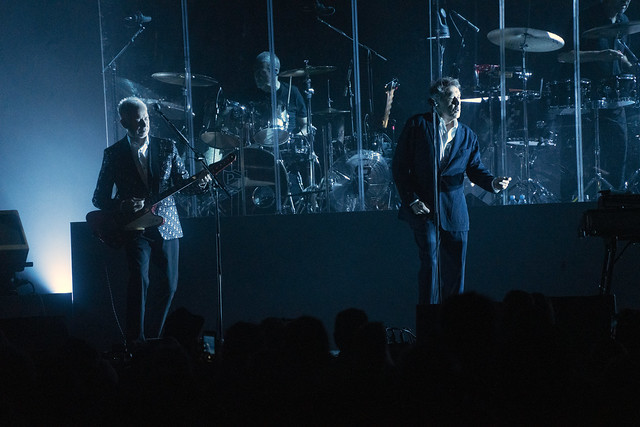 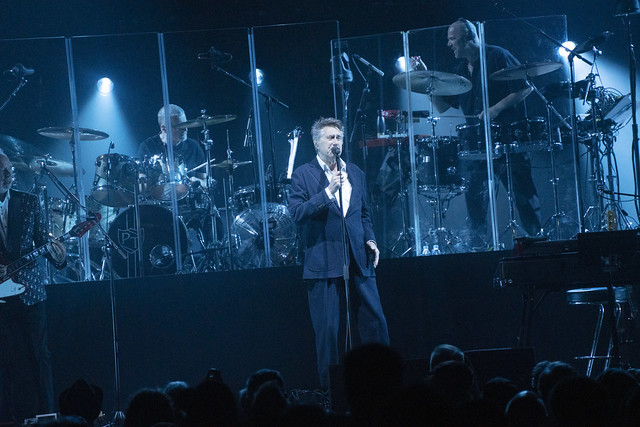 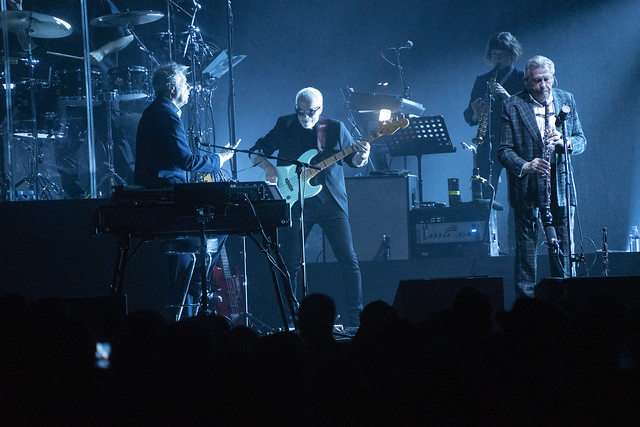 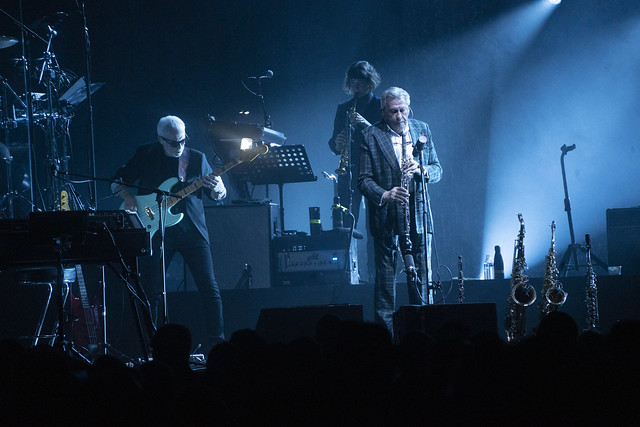 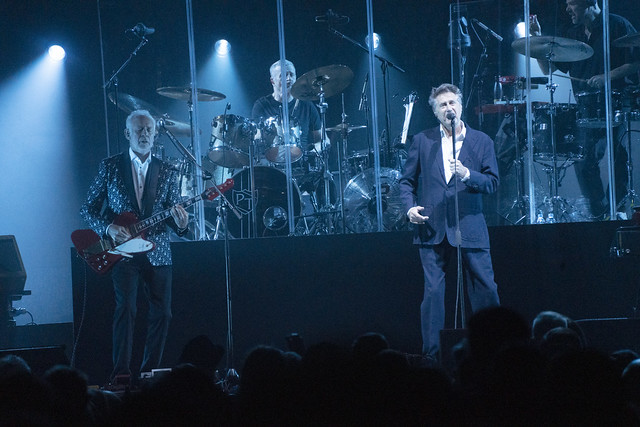 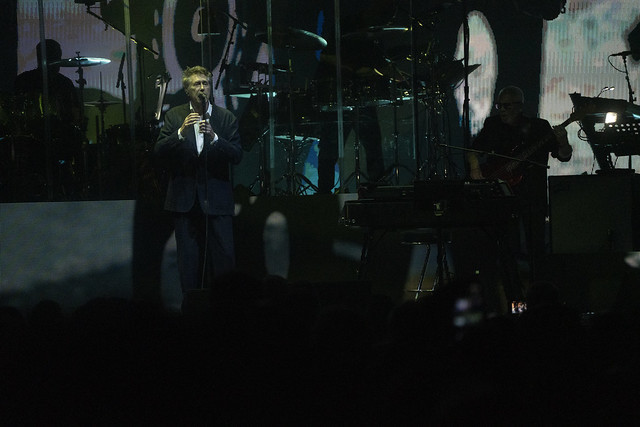 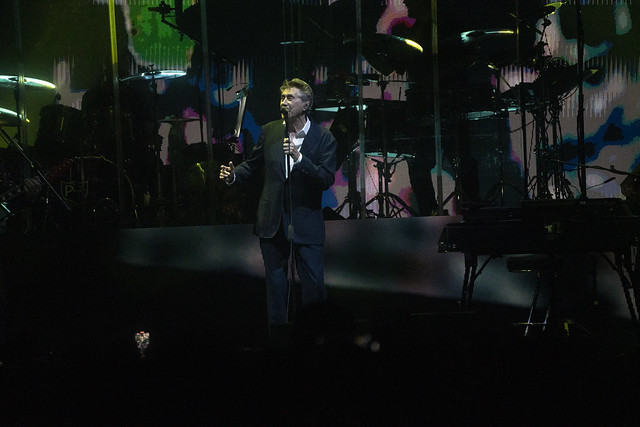 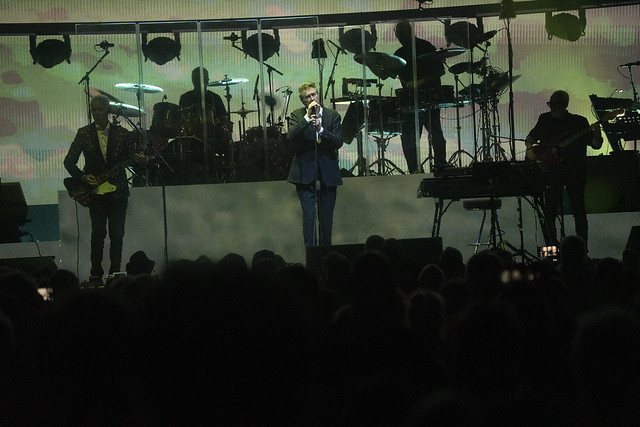