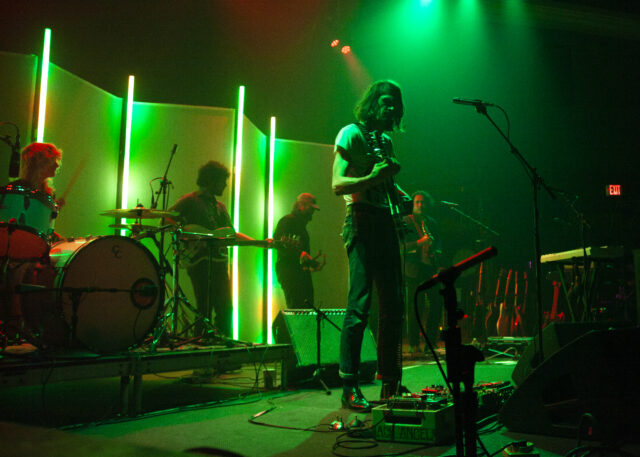 The 9:30 Club recently hosted The Black Angels and their opening act, The Vacant Lots. The show has been a long time coming. Originally scheduled for 2020, it has been cancelled and rescheduled at least two times. Both bands are out supporting new albums and played a host of new material.

At 9:30 Club on Oct. 15, the show was a little unusual, in the fact that it was the early show that night. The Vacant Lots played a great set but wrapped up in time for the headliners, The Black Angels, to begin promptly at 7:30pm. They played a great set but the start time seemed to catch many fans off-guard. People were drifting into the venue throughout the entire performance.

The band is touring to support their latest release, Wilderness Of Mirrors, and the used the early part of the set to showcase the new material. In fact, the first five songs were all from the new album. I had never seen The Black Angels in concert before and was very anxious to hear how the live show compared to the albums. The slow burn of the opener, “Without A Trace,” was my first hint that it was going to be a great show. The band has perfected the hypnotic psychedelia of the late sixties and moved the sound forward. And as great as it sounds on their albums, it’s even better live.

Watch an official lyric video for “Without A Trace” by The Black Angels on YouTube:

The lighting enhanced the music and the overall psychedelic mood of the night. The band was backlit for the majority of the show, keeping the focus on the music and not the musicians. The set featured songs from each album, with the exception of “Death Song.” With minimal banter between songs, each one flowed effortlessly into the next, enhancing The Black Angels experience.

The initial set was 17 songs and after a brief break, they returned for a three song encore consisting of “Empires Falling” from Wilderness Of Mirrors, sandwiched by two tracks from their debut album, Passover.

The concert wrapped up around 9pm, which felt odd. But I had waited two years for this show, so I was happy it happened at all! As I mentioned, this was my first Black Angels show, and I will definitely catch them again the next time they come around. I tried to capture the mood of the show in the photographs I took. All photos copyright and courtesy of Marc Shea 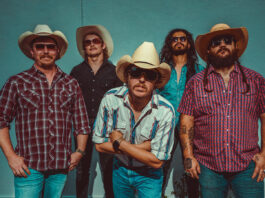