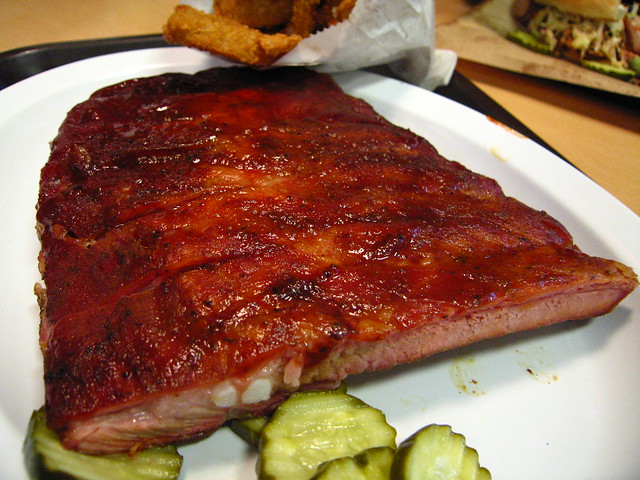 Feeling hungry this weekend? If you didn’t eat enough at Thanksgiving last week, MetroCooking DC, the Metropolitan Cooking & Entertaining Show, is offering a two-day food festival at the Walter E. Washington Convention Center on Saturday, Dec. 3, and Sunday, Dec. 4, for you to satiate your cravings.

MetroCooking DC is offering programming on each day including meet and greets with celebrity chefs and book signing opportunities. You can see the entire schedule, including opportunities to meet chefs like Tom Colicchio, Jacques Pepin, and Duff Goldman at http://www.metrocookingdc.com. You also can sign up for cooking demos!

END_OF_DOCUMENT_TOKEN_TO_BE_REPLACED

From the Press Release:

“Meat Week is the only national week-long holiday devoted to the celebration of barbecued meats. Started in 2005 in Tallahassee, Florida by co-workers Chris Cantey and Erni Walker, Meat Week has now spread across the country. Some years there have been as many as 15-20 cities celebrating Meat Week with their own chapters. The longest-consecutively-running chapters are: Tallahassee, Los Angeles, Atlanta, New York, Washington DC, and Baltimore.

There are no “rules” to Meat Week, but there are plenty of traditions that have evolved over the years. One of our original traditions is that of “meatography.” Everyone who attends Meat Week gets a photo with their meat each night. We also get a big group photo underneath the restaurant’s sign.

There are also plenty of vegetarians in attendance, including a few vegetarian captains. Most of them come for the camaraderie but stay for the sides.”

There’s no need to register. Once there, look for the big Meat Week banner and the on-site captain if you’d like to strike up some conversation with people who also enjoy BBQ, or just enjoy whatever you’ve ordered.