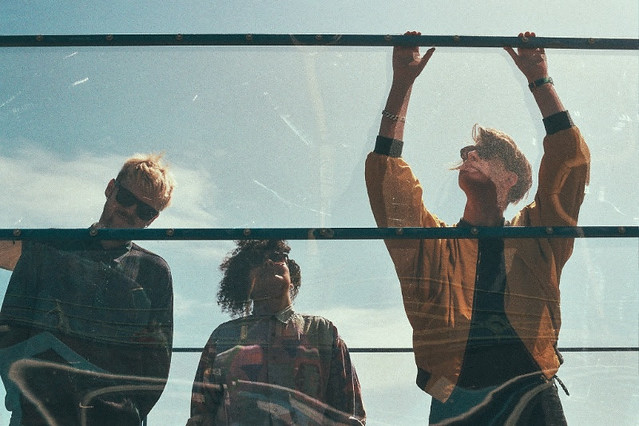 Last fall, UK post-punk trio Shopping released their second album, Why Choose, via FatCat and embarked on a worldwide tour in support of it.

Now the fantastically catchy band are returning to the United States for a spate of shows in 2016, with a date at Comet Ping Pong on Tuesday, August 9. Guitarist Rachel Aggs, bassist Billy Easter, and drummer Andrew Milk are making their way to the Athens Popfest on Thursday, and they will wrap in a show for Berserktown III on Sunday in Los Angeles.

Why Choose is full of hot riffs and cold relationships, such as with break-up song “Straight Lines.” Watch the official music video for “Straight Lines” (featuring the band getting naked) by Shopping on YouTube:

The New York Times pretty much nails it when they say, “Jagged guitar truncheons joust with stomping bass lines while the front woman, Aggs, howls like she’s descended from Ari Up and the Slits. The jocularity of the B-52’s bubbles up from time to time.”

This should be a great show for such an intimate space! Tickets are available online and at the door. 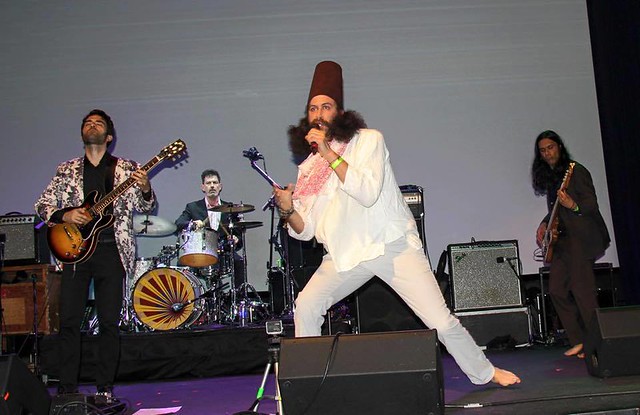 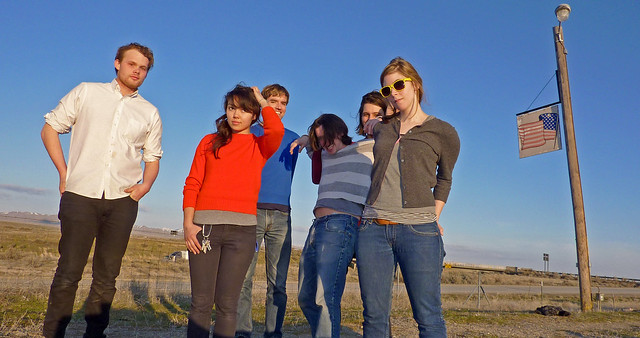 A Sunny Day in Glasgow (Photo by Ever Nalens)

The shoegaze collective hit Comet Ping Pong at the end of a short tour that provided them the opportunity to play new songs from a nine-track double EP, Planning Weed Like It’s Acid/Life is Loss, released last November. The new songs showcased the band’s well-known strengths — sweet harmonies from vocalists Annie Fredrickson and Jen Goma as well as big, fuzzy guitars from founder Ben Daniels and Josh Meakim.

END_OF_DOCUMENT_TOKEN_TO_BE_REPLACED 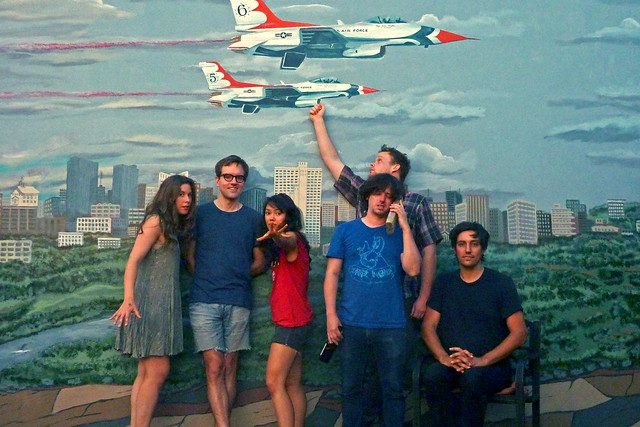 A Sunny Day in Glasgow (Photo by Adam Herndon)

As the year 2015 winds down, we at Parklife DC are looking forward to our first recommended show of 2016!

And it’s going to be a pretty good one: Shoegazing collective A Sunny Day in Glasgow have returned with a new double EP, Planning Weed Like It’s Acid/Life Is Loss, and they are returning to DC to perform at Comet Ping-Pong on Sunday, Jan. 3, 2016.

Songwriter Ben Daniels, the band’s founder, brings regular players with him in the form of drummer Adam Herndon, vocalist and cellist Anne Fredrickson, vocalist Jen Goma, vocalist and guitarist Josh Meakim, and bassist Ryan Newmyer. The six-person cooperative are in good form with their new material, their first release since their critically applauded 2014 album, Sea When Absent, which Pitchfork said “has an atmospheric, bleeding-watercolor quality that makes it sound a little bit like a My Bloody Valentine record if the moodiness and pensiveness were replaced with a feeling of almost violently explosive joy.”

The happy, hopeful attitude continues on their most recent synthy single, “Hey, You’re Mine,” which singer Jen described to Spin as an internal conversation with yourself about moving forward.

Watch the official wrestling-themed music video for “Hey, You’re Mine” on YouTube:

NYC power poppers EZTV and Baltimore folk rockers Outer Spaces open for A Sunny Day in Glasgow. Tickets are available online and at the door. Don’t miss this rare opportunity to see these shoegazer innovators! 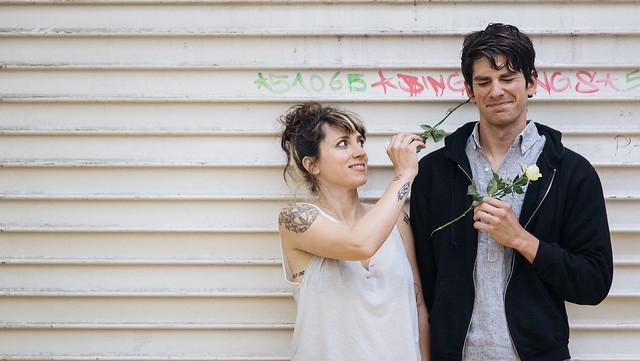 After a lengthy sound check that turned into a request to switch off the PA system in the second song, Des Ark finally got into their groove at Coment Ping Pong on December 16th.

Des Ark consists of singer/guitarist Aimée Collet Argote and drummer Tim Herzog, along with a few others.

Their latest album, Everything Dies, highlights Aimée ‘s folky, breathy voice and starts off with songs of angst and pain, from the perspective of women who are wronged or abused. The title is apt and the lyrics are heartbreaking. But then there comes a perceptible shift towards quiet optimism. Towards something worth fighting for.

Des Ark started off their set with such a more optimistic song from the album, “French Fries Are Magical”, which has the affecting question, “What can I believe, until you believe in me?” at its heart.

A few songs later, they played their strongest song (or at least my favorite) from Everything Dies, “Snake Stuff”, about heartbreak in love. “If I don’t learn to love, I’m going to die of fear.” The melody soared above the small, but tightly packed crowd.

Put together, the song writing and lyrics can incite a sense of melodically, while the gentle melodies and almost atmospheric music bring the mood into quiet harmony.

“Don Taco & His Hot Sauce Toss” starts off with a twangy banjo and moves into a happy acknowledgment of youth in love.

I didn’t catch the names of all eight or so songs Des Ark played, so I focused on the ones I knew from listening to Everything Dies.

The Comet Ping Pong space is small, and one side is simply blankets hanging down separating the music room from the restaurant. But it’s a perfect, intimate venue for a band like Des Ark, who has songs to deliver that are quiet and important to hear.

Check out Everything Dies, and give Des Ark a listen.

The Comet Ping Pong show was their last in 2015, but they pick up again in mid-January in North Carolina, then tour through mid-February throughout the country, before ending in Savannah, Georgia (3/12/16) after a month gap. 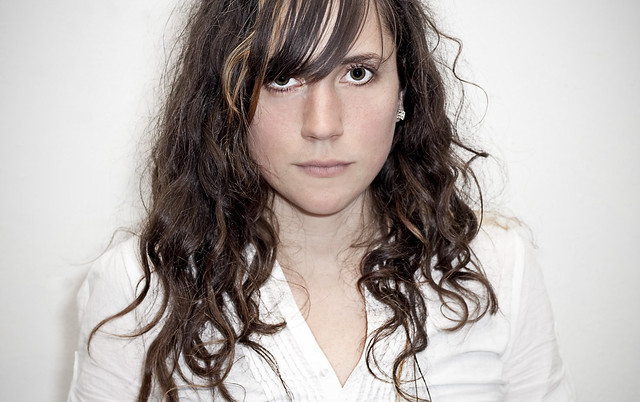 Listening to Des Ark’s latest album, I had to chuckle at some of the song titles.

It is clear Aimée likes the word ‘motherf***r’ a great deal, as two of the songs feature the word in the title. It is also clear that she has a bit of a sense of humor, with songs titles like, “French Fries are Magical” and “Don Taco & His Hot Sauce Toss”.

Everything Dies is the title of their third full length album, and is a quietly strong set of songs that are both sentimental and slightly folky in nature.

Apparently (though I have yet to experience it myself), their shows are a wide mix of music styles, from loud rock to the softer, compelling ballads.

Their video, “Snake Stuff”, is more akin to the softer side.

Come out to Comet Ping Pong and see what the fuss is all about. 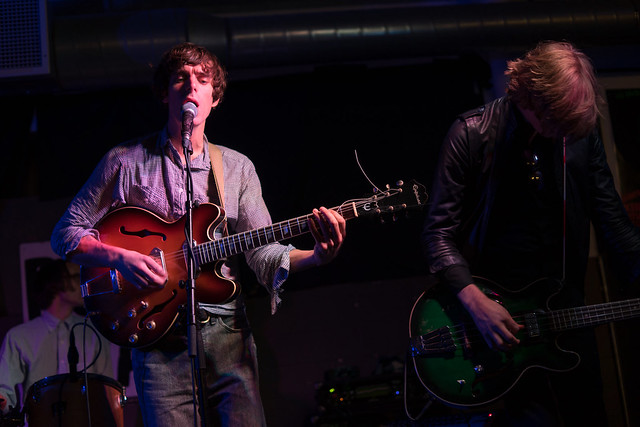