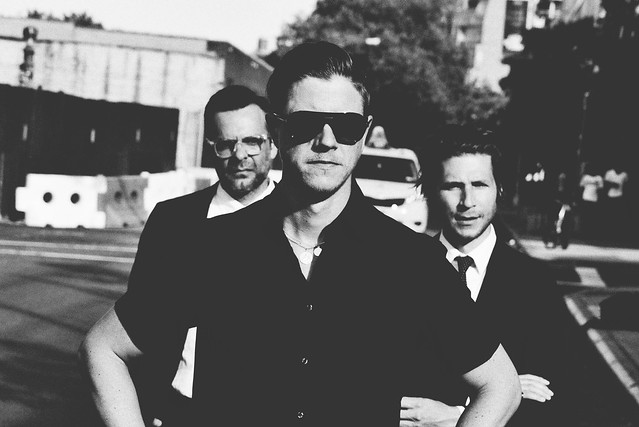 Going to Interpol at The Anthem or Metric at The Fillmore Silver Spring? Keep the party going after either show with Liberation Dance Party, the video event that introduced the music of both bands to the DMV! Dance the night away at DC9 on Friday, Feb. 15, with no cover!

END_OF_DOCUMENT_TOKEN_TO_BE_REPLACED 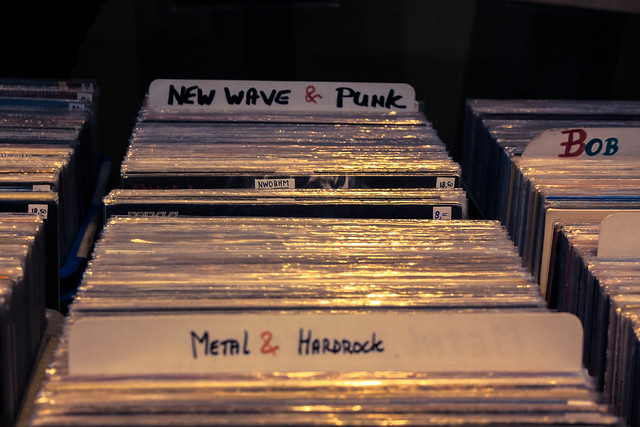 Last month, I visited Durham, NC, for the Moogfest 2016 synthesizer festival. Among other things, I caught three nights of synth pioneer Gary Numan as he performed his first three albums.

Driving back to DC, it struck me: Our fair city no longer has a monthly party dedicated solely to new wave music. We have plenty of retro parties, many of which are very new wave-friendly. But at this time, we were lacking a dedicated monthly party for bands like Duran Duran, Spandau Ballet, Tears for Fears, New Order, The Human League, ABC, Culture Club, Eurythmics, Orchestral Manoeuvres in the Dark, Ultravox, Visage, Blondie, Talking Heads, DEVO, Missing Persons, Berlin, Romeo Void, The Cars, and many others.

END_OF_DOCUMENT_TOKEN_TO_BE_REPLACED

In 2010, Mark Ronson, who enjoyed a great deal of commercial success this past year with “Uptown Funk,” produced an album for Duran Duran.

In working with the new wave legends, Mark basically said to the band: A lot of younger bands have been eating your lunch in the past 10 years.

As Simon LeBon told the Village Voice last week, “We were listening to this stuff like the Killers and Bloc Party and Franz Ferdinand, who kind of have an Eighties sound, and Mark said, ‘You’re one of the originals of this sound; you should have it. It should be yours.’”

The resulting Duran Duran album was a critical and commercial success, but more importantly it demonstrated to me what was so great about Liberation Dance Party, the former weekly DC9 dance party that its creator Bill Spieler now resurrects every two months or so.

So many bands today take their cues from legacy bands that hit before them, defining and refining the sounds that make up the subgenres of rock and pop that we all enjoy so much—psychedelia, neo-psychedelia, punk, post-punk, new wave, shoegaze, dreampop, Britpop, house, etc., etc.

And Liberation Dance Party often has been a laboratory for exploring those sounds. Particularly with its focus on music videos, Liberation Dance Party to me always has been like a party celebrating an updated MTV culture, where you could tune in and see an exciting new post-punk song alongside a great new soul or house or hip hop number.

This Saturday, Bill will have music videos for you on the DC9 middle floor, while I’ll be visiting on the roof, presenting songs from my own collection that fit the Liberation Dance Party mold while reflecting my take on the modern sonic musical evolution. Lunch provided by Mark Ronson! — I’m kidding about that last part, but you will hear his fingerprints all over some of the stuff I’ll be playing.

Pay cover at the door, and RSVP on Facebook. You also can follow Bill’s Liberation Dance Party mixes on Mixcloud!

New Wave music hit its commercial zenith in 1985 — and this weekend, ParklifeDC and DC9 are going to celebrate the 30th anniversary of its cultural dominance.

Join me, Mickey McCarter, and DJ Swank at DC9 (1940 9th St. NW, DC) on Saturday, Jan. 24 at 10pm for SYNCHRONICITY: New Wave Party to revisit some of the tracks that made the genre so appealing.

New Wave is a cultural movement that began in 1977 and crystalized into a music genre — the defining elements of which are easier now to identify through the lens of time nearly 40 years after its launch. While New Wave music peaked commercially in 1985, bands continue to identify with the genre yet today, melding the best elements of rock, glam, disco and punk to assert their individuality and to define “cool.”

SYNCHRONICITY will celebrate the 30th anniversary of New Wave’s commercial peak with selections like “Don’t You (Forget About Me)” (which actually turns 30 this year)!