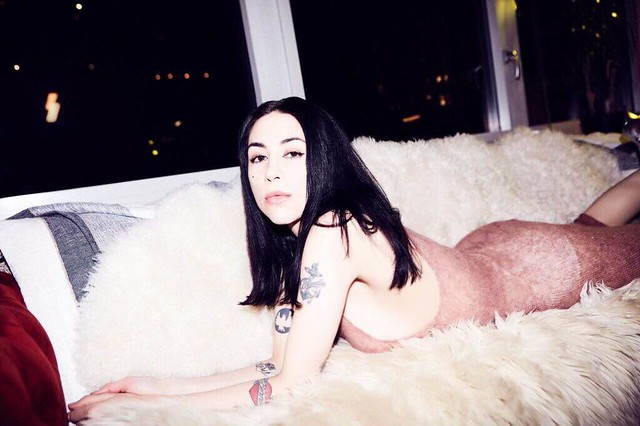 Sometimes bands take up bold shifts, trading guitars for synthesizers and producing a different sort of album, and the resulting songs may galvanize fans. If you’re Kristin Gundred, however, you don’t take an old band in a new direction, you simply whip up a new identity.

And so Kristin has at least temporarily shifted her attention from the noisepop quartet Dum Dum Girls, where she was known as Dee Dee, to the shiny new wave project Kristin Kontrol. As Kristin Kontrol, she released a new album, X-Communicate, and hit the road on tour as the opening act for post-grunge rockers Garbage — at the personal invitation of frontwoman Shirley Manson.

Across the album X-Communicate, released earlier this year via Sub Pop, Kristin goes for pulsing synths and lush nostalgia similar to some California new wave bands like Missing Persons, Berlin, or The Motels. “X-Communicate” is a driving dance number while “Show Me” is a sweetly romantic torcher.

Said Kristin of the song, “It was a last minute addition — the record just didn’t feel done to me. I built off the theme of an old song, seeing the opening line (“I blow smoke rings in my lovers’ eyes — it’s a fancy way for me to say goodbye”) play out cinematically in my head… Real string accompaniment for this live performance video seemed obvious. Having grown up playing in orchestras, hearing my song like this was surreal. I was, no joke, moved to tears.”

Kristin Kontrol’s opening tour for Garbage comes to DC on Wednesday, August 3 at the Lincoln Theatre.