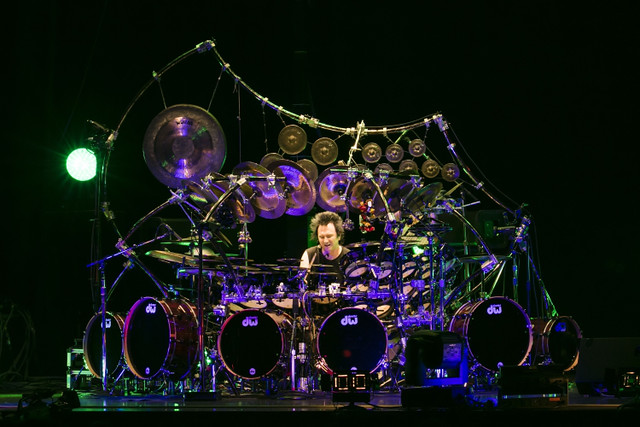 In an interview with “The Idiot” many years ago, Terry Bozzio recalled how he came to audition for Frank Zappa in 1975 and approached the audition a bit differently than most drummers playing for Frank.

“The one thing I’d noticed was a lot of the drummers were sort of flaunting their chops,” Terry recalled. “I thought the least I could do was go up there and listen and try and play with the guy. So I did the best I could; sight-reading a very difficult piece, memorizing a very difficult piece, jamming with a very odd time signature — like 19 — and then playing a blues shuffle.”

Frank was impressed and Terry went on to work with him on 26 albums! But Terry got involved in many other projects as well, including the new wave outfit Missing Persons, most notably to us here at Parklife DC.

The legendary drummer does not keep still, always touring, always recording, and always innovating. In late 2015, Terry published the Terry Bozzio Composer Series via Ward Records in Japan, and this year, he launched “An Evening With Terry Bozzio” US tour. That tour comes to DC when Terry plays at The Hamilton Live on Tuesday, Sept. 20.

The “Composer Series” contains 59 individual pieces of music with a painting by Terri in a booklet for each title, along with detailed liner notes for each piece, explaining the process and concept for each piece. On tour, Terry is taking an equally expansive approach.

“I’m looking forward to this extensive US tour in August to November 2016. I’ll have some new pieces to play on my big kit and hopefully some surprises for you in this new show,” Terry said in a press release.

What are you waiting for? Tickets are available online!