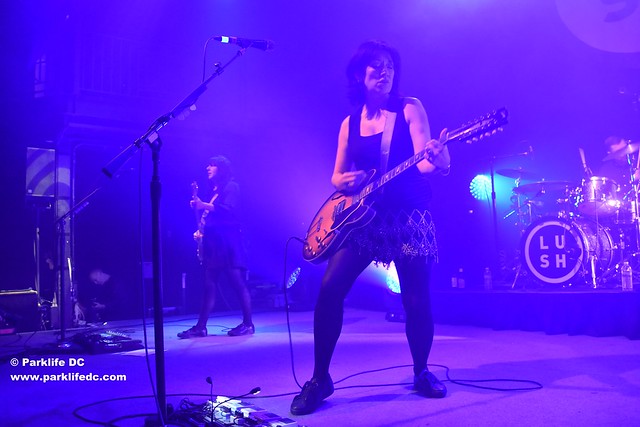 Lush returned to the stage at the 9:30 Club for a first encore Wednesday, and vocalist Miki Berenyi stepped up to the microphone.

“This song is for Chris,” she told the very full house. “We all miss Chris.”

With that brief intro, Lush launched into the dreamy, introspective “Lost Boy,” a lullaby to someone who has faded away, never to return. The Chris in question of course is former Lush drummer Chris Acland, who committed suicide in 1996. Chris’ death prompted the dissolution of the band after three full-length and one extend play albums, all issued during the height of UK shoegazing in the early to mid-’90s.

END_OF_DOCUMENT_TOKEN_TO_BE_REPLACED

In 1994, my friend and rock-n-roll photographer Chester Simpson snapped a picture of shoegaze quartet Lush at the old 9:30 Club (once at 930 F Street NW, DC). That’s his one-time caption for that picture describing it above.

But the story of Lush isn’t quite done. Lush are back, releasing new material in 2016! They published new songs on an EP, Blind Spot, back in May via their own Edamame label.

But let’s rewind to 1996 and watch the official music video for “Ladykillers,” a great song from Lush, on YouTube:

Now, Miki Berenyi and Emma Anderson (vocals and guitars) along with Phil King (bass) and drummer Justin Welch (Spitfire, Elastica) are on a world tour that stops in DC at the 9:30 Club tonight! Although many dates on their US tour sold out, the 9:30 Club show has not yet closed ticket sales!

What are you waiting for? Join us to see this fantastic band. Tickets are available online!

For more from my wise but wild photographer friend Chester, visit http://www.rock-n-rollphotos.com. 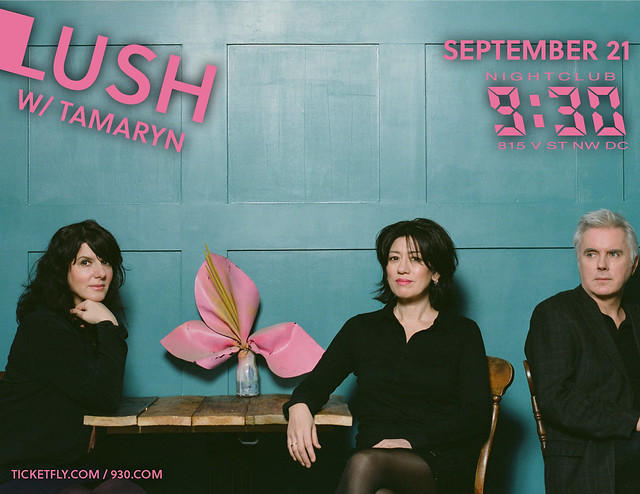 What a time for the classic shoegaze period of the ‘90s! Last year, UK music aficionados welcomed Ride to the 9:30 Club, and this year it’s going to be Lush!

Yes, Miki Berenyi and Emma Anderson (vocals and guitars) along with Phil King (bass) have returned with the addition of drummer Justin Welch (Spitfire, Elastica). And they released a new EP, Blind Spot via their own Edamame label, and they sound as amazing and beautiful as ever. Lush are now on a world tour that stops in DC at the 9:30 Club on Wednesday, Sept. 21, and you can now win tickets to go.

Revisit the official music video for “Sweetness and Light” by Lush on YouTube:

Parklife DC is giving away a pair of tickets so that you can see Lush return to DC after 20 years away! To win, simply leave a comment on this blog. Let’s hear your favorite Lush song? 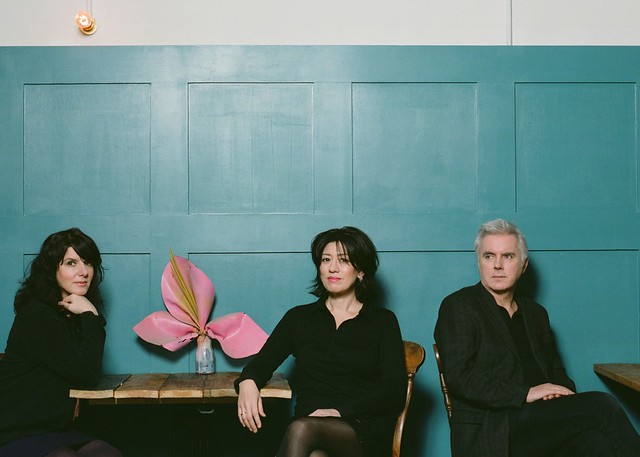