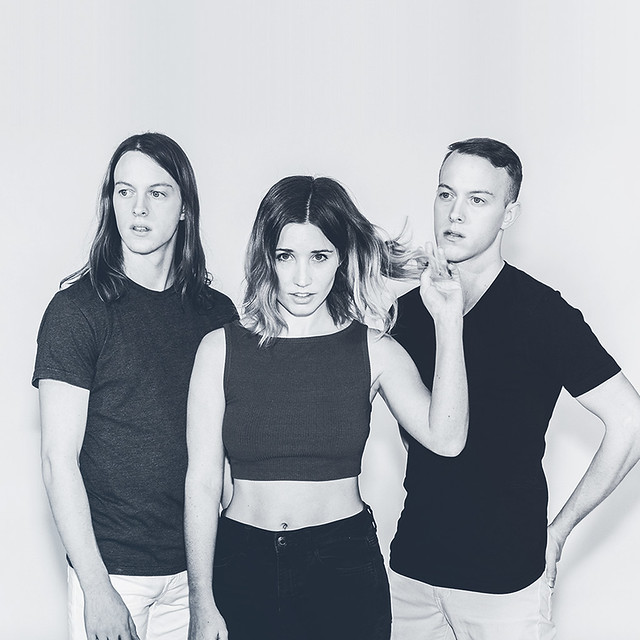 The USA was in a good mood last Friday, 6/26. A landmark decision, so why not a landmark celebration?

Kopecky, in a fine mood themselves, gave the celebration-ready audience at U Street Music Hall more than they could ask for.

When the final song of Kopecky’s set pealed from the stage and the crowd sang along with the perfect refrain for the day “Don’t tell me that you love me! Just tell me that you want me!”, from Fleetwood Mac’s “Tusk”, there was little more that could have been done. Except stay to listen to The Shadowboxers. If you had the energy.

To appreciate the end, let’s go back to the beginning.

The Supreme Court ruled 5-4 (United States v. Windsor) that same-sex marriage was legal in all 50 states. Many celebrated.

The Walking Sticks opened the night at UHall and charmed many (could just be me) with songs like “Send the Night” and “One Sweet Thing”. We got want we wanted.

Kopecky started the celebration as audience members, enjoying lead singer Chelsea Lee and The Walking Sticks, before re-materializing on stage for a sound check.

They began their set with the groovy “My Love” and whistled to the tune of ‘Are You Listening’. We were indeed, listening.
[youtube https://www.youtube.com/watch?v=5iVhIZWZWyU]

Then they played their latest single, “Quarterback”, which could be something Ezra Koenig from Vampire Weekend might sing.

Kopecky, an indie-rock band formed in Nashville, released their second full length album, Drug for the Modern Age, in May.

Listening to their 11-song set, and comparing it to the many new songs they played from the album, it was easy to like their rock and pop sound both live and recorded.

Co-founders Kelsey Kopecky and Gabe Simon met at Belmont University (Nashville) in 2007 and started The Kopecky Family Band. Certainly not because the members share no familial relation, they later shortened the name to Kopecky.

On to another new song, “Real Life”, where Kelsey shouted, “This song is about dancing!”. So we did. There was no stopping this crowd.

The energy level continued to rise as they played the toe-tapping, “Heartbeat”, before finally taking us out with the aforementioned “Tusk”.

When it was over, I could have pleaded, “Why don’t you ask them if they’re going to stay?” in my best Lindsey Buckingham voice (since I don’t have one, I refrained).

Kopecky was fun and enjoyable. And worth celebrating with. Thanks Nashville.