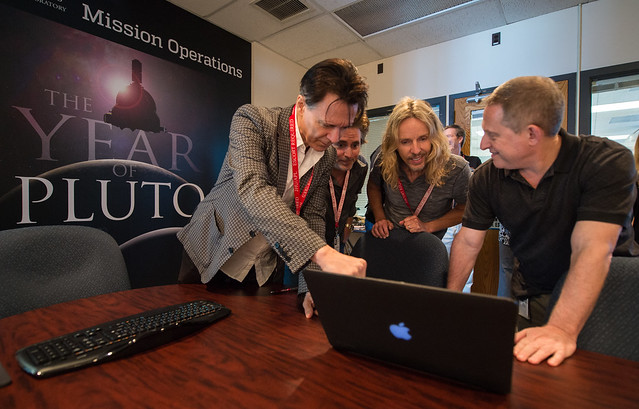 Styx lead singer Lawrence Gowan reflected on the band’s previous visit to the DC-metro area in July during a quiet moment at a Styx concert at the Strathmore Music Center last week.

Someone at NASA invited Styx to witness the reconnaissance flyby of Pluto and its moons by the probe New Horizons, which documented a previously unknown fifth moon around the dwarf planet. Researchers at NASA of course dubbed the new moon Styx after the visiting progressive rock band.

This inspired the start of a solo medley Lawrence played while the rest of the band took a brief break during the very full show in Bethesda on Tuesday, Nov. 10, and Lawrence took the opportunity to tip his hat to Elton John with a cover of “Rocket Man.”

The talented keyboardist is a natural showman, and he and Styx founder Tommy Shaw already got the audience to their feet and singing along to many classic Styx songs. Now Lawrence led us through a singalong of “Rocket Man,” followed by a verse of “Bohemian Rhapsody” by Queen and “Dock of the Bay” by Otis Redding.