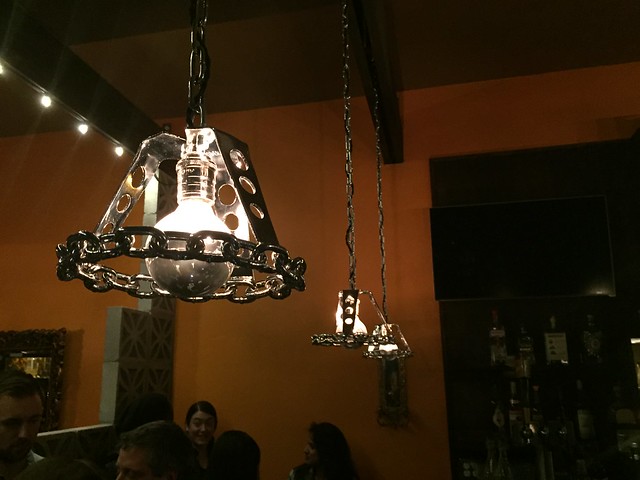 Bloomingdale residents have long been anticipating a splash of new restaurants opening in their rapidly gentrifying neighborhood, and El Camino (108 Rhode Island Ave., NW, DC) became the latest to welcome them last night.

The section of Rhode Island Ave. NW in Bloomingdale, labeled by at least one observer as “Hipsters Row,” is cultivately what I consider to be a wonderfully cozy selection of bars and restaurants, and in this aspect El Camino doesn’t disappoint. You walk into the restaurant/bar under a sign that still advertises the space as a uniforms outlet, but once inside, you are greeted with warm browns, reds and blacks adorning a comfortable dining space.

The first section of El Camino comfortably holds about 16 people seated around pitted tables. The second section, consisting of the bar, also comfortably holds about 16 people. The final section of tables appears to seat about 20 or more. So this isn’t a big place by any stretch, but its size is part of its charm. It is a welcoming space for a tequila or a Negra Modela from the beer tap along with a taco or torta, inspired by a Southern California twist on Mexican cuisine.

The soft opening restaurant menu is quite limited, as you can see below — a selection of appetizers accompanied by six variations of tacos and two tortas along with a postre for dessert. I understand it will expand in coming days 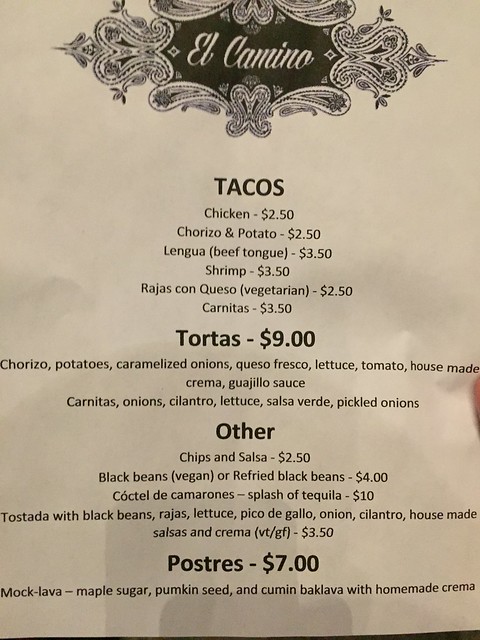 The service last night was understandably a little slow, as the bar gathered a crowd beyond its capacity fairly early in the evening. I heard folks were waiting 30 minutes for tacos. But that’s what a soft opening is all about, and El Camino will surely work through such kinks soon.

The founders of 1905 (1905 9th St., NW, DC) established El Camino, and in so doing they have certainly made a more relaxing space than the narrow 1905. Let’s hope the food lives up to 1905’s standards, however, as the French bistro offers some of the best cuisine in its class and a terrific burger. 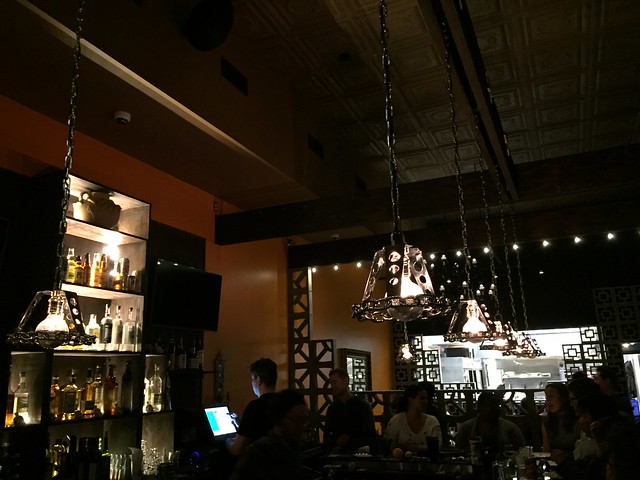