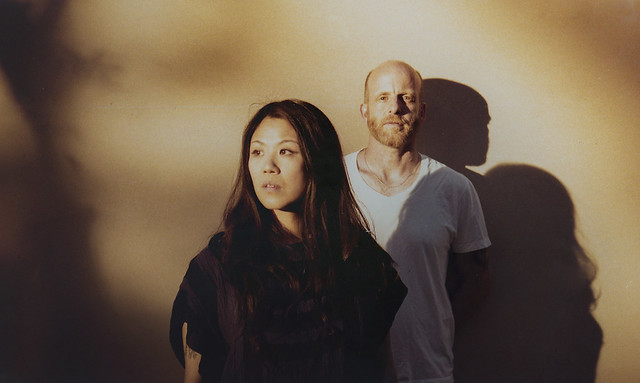 Of course, you probably already know that DJ Will Eastman hosts his personal dance party Bliss on the last Saturday of every month at U Street Music Hall, which he co-owns and manages.

And of course, U Street Music Hall has become the place to experience exciting new house music.

But I would say they’ve really taken it up a notch with the Christmas edition of Bliss on Saturday, Dec. 27, by hosting DJ sets from The Juan MacLean, the duo of Juan MacLean and Nancy Whang (she formerly of LCD Soundsystem).

This means an unparalleled amount of DFA Records-inspired goodness will drop on DC this weekend. The production-savvy MacLean and Whang know how to make the most of sounds great and small, transcending subgenres from electroclash to deep house.

Of the two as a band, DFA Records says, “Throughout, Nancy is the triumphant leader–front and center; Juan works his magic with the arrangements and production, quoting freely from house, techno, and disco, yet surpassing genres all together. Together, Juan and Nancy play with the lyrics and melodies, as well as the arrangements, creating an interplay remindful of classic disco records. The sounds you’re just not supposed to reach for, the Juan always reaches for.”

If that wasn’t enough, the lineup for Saturday night also features Ben Browning, bassist for Australian new wave/house band Cut Copy. Browning has formed a special relationship with DC, spending some time here in general and spinning specifically at U Street Music Hall.

Tickets are available online or at the door.