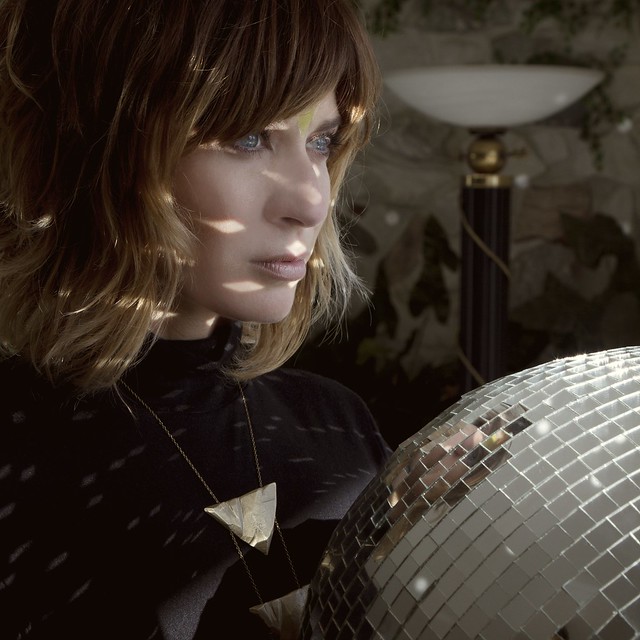 As a half-full room at the Rock and Roll Hotel looked to the stage, the performer they came to see walked in through the doors behind them.

With her guitar hung around her shoulders, Nicole Atkins, a tiny chanteuse with a big voice, strode into the middle of the room and opened her set from the floor with her anthem “Neptune City,” the folky Americana ode to her hometown in New Jersey.

The audience reconfigured itself in a crowded circle around her and sang along Friday night, giving one of the warmest welcomes to a performer in my concert-going experience.

Atkins ascended to the stage for her second song, sticking to her 2007 debut album, Neptune City, with “Maybe Tonight.” The affection of the crowd is not lost on her, as she thanks regular attendees for coming out again to the Rock and Roll Hotel, where she has typically performed (along with DC9) during her visits to DC from Brooklyn.

Indeed, the relationship between Atkins and her audience is at times a bit Amanda Palmeresque. Her latest album, Slow Phaser, was robustly supported on the Pledge Music crowdfunding site for a release earlier this year on her own label Oh’Mercy! Records. Touring in support of that album, Atkins played selections that were keeping in line with the alt-country tone she has occasionally struck, such as “It’s Only Chemistry,” a dismissal of love and relationships as a matter of “how someone smells” rather than true feelings. When discussing the song, she’s also a bit like Ms. Palmer in her confessional tone regarding a relationship (presumably her long-term coupling with Paul Ritchie of The Parlor Mob?) that ends over her lack of interest in reading books by Marcel Proust.

Atkins has a restless spirit, which lends itself to some unpredictable musical insights and keeps her from the trap of becoming easy to pigeonhole. In the middle of her set, for example, Atkins performed the lush “Who Killed the Moonlight,” the opening track from her new album. It’s a soulful disco number that underscores how amazing her bluesy voice would pair with some more dance floor tracks.

Before long, Atkins is back to her roots to close her main set with “The Tower” from second album Mondo Amore before returning to the floor for an encore, covering Roy Orbison’s “Crying.” It’s a track she’s covered many times before and its wistful loneliness fits well with Atkins’ musical sensibilities.

Apparently acquiescing to the idea that a holiday show perhaps could end on a more upbeat note, Atkins returns to the stage for a surprise rendering of “Grandma Got Run Over by a Reindeer.” Somehow, the twangy bluegrass novelty tune by Dr. Elmo seems an appropriate selection for Atkins who kept her show freewheeling and spirited.

The Slow Phaser tour resumes on Friday, Dec. 26, with a performance at the Rubin Museum of Art in New York and other confirmed dates around New York, New Jersey and Connecticut in the coming months. If you cannot make any of her upcoming shows, tune into the Late Show with David Letterman on Jan. 9 to catch her as the musical guest. (She made her television debut on the Letterman show in support of Neptune City years ago, after all.) It’s a great time to see her, as she’s at the highest level of creativity since I first saw her at Sonar in Baltimore in November 2007.