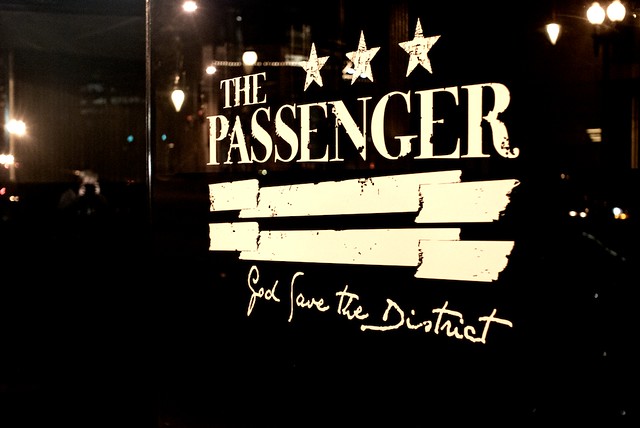 Update: Fritz Hahn, bar sage of the Washington Post, reports on Jan. 15 that the Passenger is holding a pop-up in its former neighbor Bar 7 (1015 Seventh St. NW, DC) on Sunday, Feb. 8 from 7pm-1am. Apparently, Tom Brown will hold a series of pop-ups.

Personally I don’t see the point. Tom could just go work at another joint and make his cocktails there while waiting for a new space for the Passenger?

The Twitter account of The Passenger, the popular DC cocktail bar that closed New Year’s Eve, suggests it may return to a new location faster than many anticipated.

Many mourned the passing of The Passenger, founded by DC mixologist Derek Brown, when it announced last fall it would close its old location (1021 7th St. NW, DC) on Dec. 31, 2014. For the previous five years, the bar sat on a block long-scheduled for demolition. Its inventive cocktails, dive bar atmosphere and gracious ambience appealed to a wide audience, including myself — and I’m a beer guy. I visited the bar on its last day around dinnertime and I found things as congenial and the cocktails as tasty as ever.

Derek Brown went on to co-found three new bars outside the Shaw metro station but vowed his brother Tom Brown, the popular and friendly face usually behind the bar at The Passenger, would reestablish the bar in a new location, hopefully in the Shaw neighboorhood.

It appears The Passenger may indeed already have found a new home?