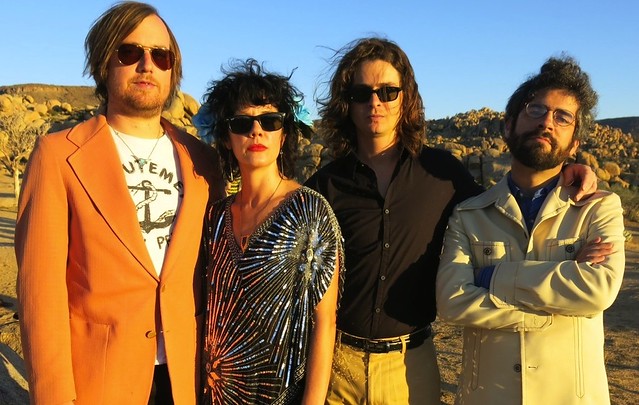 Watch the newly released video for “Bad and the Beautiful” on YouTube:

That particular song is offered as a free remix accompanying purchase of the first 7″ single from KATIEE, “Passerby,” officially due for release on August 7 via Selfish Agenda. “Passerby” is a sophisticated, romantic reflection with a kiss of glam overtones alongside its poetic ambitions. The song winds down paraphrasing Humphrey Bogart’s character “In a Lonely Place: “I was born when you kissed me. I died when you left me. I lived a few weeks while you loved me.”

And the listening experience is akin perhaps to watching the last few rays of sunlight disappear under a very dark night sky.

Watch KATIEE perform “Passerby” in a fan video at Union Pool in Brooklyn on Feb. 16, 2015:

KATIEE perform the single of course, as well as B-side “Atlantic City,” which follows a movie of the same name starring Susan Sarandon and Burt Lancaster from 1980. The destination of “Atlantic City,” naturally, is lyrically painted as a place where lost souls may find hope.

KATIEE continue their tour Wednesday in Memphis and then travel through North Carolina and Virginia before returning to play Sunday at Trans-Pecos in New York. You may well be interested in checking them out if you own inner cinephile is attracted to noir pop delivered from intimate stages.