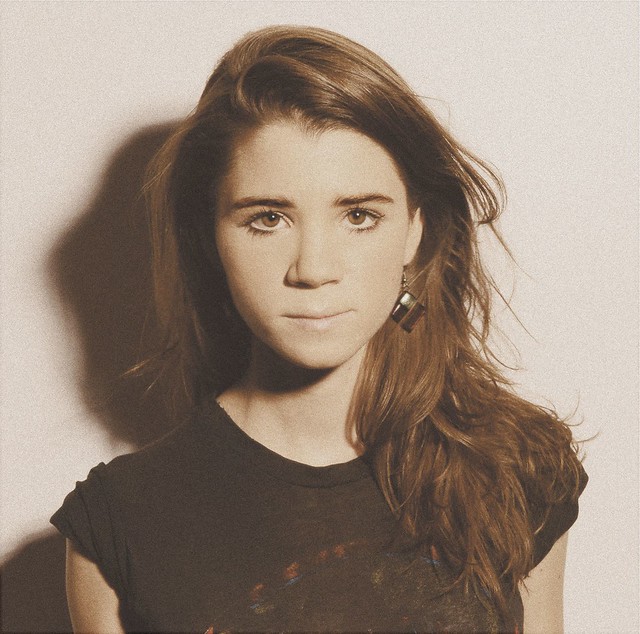 She brought her growing catalog to the 9:30 Club Monday night to open for Philadelphia psych quartet The Districts in a crowded show, where a great deal of the audience was there specifically to see her.

Lady Lamb introduced the audience to songs from her new album, After, released much earlier this year via Mom + Pop Records. Near the beginning of her set, she plays “Billions of Eyes” from the new record — a jaunty pop song that captures her solid work on the guitar, ever affixed to her hips. The song is about finding peace when you are out of synch, and perhaps that peace comes from returning home after some time away? All the same, Lady Lamb’s chirpy voice and the jangly guitar complement each other well, and the sound sets the stage for a wholly pleasant listening experience.

A first-time appreciator of Lady Lamb, like myself, could tell he was surrounded by those already won over by her music whenever the audience perked up and sang along to songs from her national debut album, 2013’s Ripley Pine.

Some of those first-album songs demonstrated a bit of kick, like crowd-pleaser “Bird Balloons,” an apparent indictment of a friend and a love that could not withstand scrutiny — or again a song about a person out of synch with their surroundings when two people don’t click.

Lady Lamb is a bit too laidback to get angry but she definitely stands ready to rock on songs like “Bird Balloons,” where she doesn’t hold back when whipping up quips to describe her disappointment with her lost love:

“It’s as if leprosy, it landed on the moon/
And it cast a filthy glow in the world and in my room”

Feistiness dominates her music again when Lady Lamb closes her set with “Spat Out Spit,” a song that cleverly describes a sensation of being self-aware — a human being, yet still an animal, in your own skin.

Yet at her feistiness, Lady Lamb is still a measured performer, applying her focus in place as she pours her heart into her microphone and her spirit into her guitar. She’s clearly a person who has given a lot of thought to the world and one’s place in it.

Lady Lamb wraps up her tour within the next few days, performing again with The Districts in their hometown on Friday, Nov. 6. She clearly plans to be active again soon as she has a date in Chicago scheduled for January. Check her out for some thoughtful folky jams, which are sure to offer something for both body and mind.