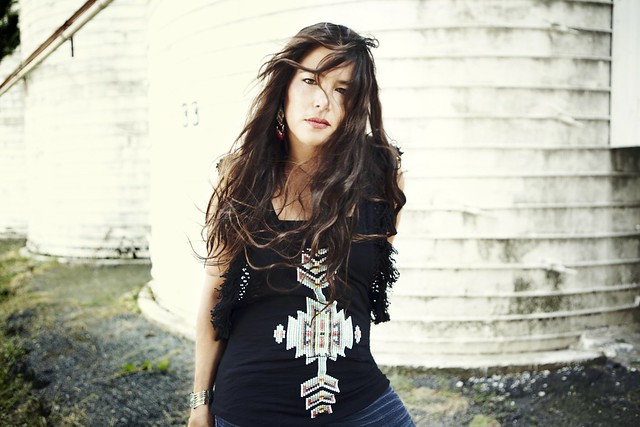 Rachael Yamagata, born in Arlington, Virginia, comes to the 9:30 Club next Thursday, November 12th. Another successful local artist coming back to DC to woe you with her musical talents.

NPR has touted her as the “The Heir to Bonnie Raitt.”

As a prolific singer/songwriter since 2004, she is now working on her fourth album, due in early 2016. Her most recent album from 2011, Chesapeake, is more sultry and laid-back than previous efforts. “Even If I Don’t” is about the pain of a break-up, and wondering what could have been. The melodies are vivid and the orchestration sweeps you up in the moment.

In addition to the albums, she has also recorded a bevy of EPs, including Heavyweight, released in 2012.

And like “Even If I Don’t”, many of her lyrics are about break-ups and heartbreak, yet are often sultry, piano-driven odes to optimism and taking risks. She has collaborated with too many artists to list in full, including Ryan Adams and Jason Mraz, and contributed songs to dozens of TV shows and movies, like Alias, ER and Grey’s Anatomy.

All that to say, she writes and records a lot of music. She also performs on talk shows and cameos on TV shows.

And now, she’s taking the time to perform for you specifically. Join in, it will be a good show.